That wasn't the greatest bit of the show, but they seemed to make fun out of it.
They were using that Eddie everywhere: I have bought a metal pin with it at the show, and there was one on the roof of the venue; quite impressive.
D

GhostofCain said:
The tour being cancelled in 2021 would definitely be a bitter pill to swallow. Releasing the new album would sweeten the pill though.
Click to expand...

dickinson1978 said:
I think would be a good move to put out the record in 2021 mabye christmas 2020 if they have recorded the record
Click to expand...

At this rate, by the time they release it they would do a history tour to promote it with the album being old!

I'm actually losing interest to be honest. Which sucks.

The_7th_one said:
It seems that everybody in the world are going to release an album in 2021
Click to expand...

I am really looking forward to the new Helloween album. But the new Maiden album is obviously next years big happening.

Iron Maiden, Mastodon, Ghost, and Gojira are all due to be releasing albums soon. I want new music to put into my ears.

I heard Iron Maiden, George RR Martin and Patrick Rothfuss are all going to drop material on the same day.

All of them belong to the 'Very soon' Seniors Club

I was sitting in bed staring forward and thinking about Maiden the other day, and a had a premonition regarding the next studio album. What if this will be their last album, and Maiden knows it. They fully intend to release this album, their last one and then tour for it and call it a day. If that were the case, then regarding it almost two years ago and not releasing it yet makes perfect sense, because there is nothing over the next horizon afterward. Regardless of how long it takes to finish the LotB tour, once it's done it's done. Then boom: new album, some shows, and that's it. And clearly Joe Lazarus is training right now to take Nicko's spot on the last extensive tour they do.

I have spoken (well, typed).

I know the things, but I don't hope to see anybody else there on the drums but Nicko. And I don't know when and how many times I will see Iron Maiden live. It isn't yet even known when they will hit the stage..because next years shows are in danger anyways.
It will surely need some severe situation that they would let anybody else there unless they wouldn't have absolutely any other way to do it in the last minute, so definitely it's good to have someone waiting and backup if something happens.

Next album might be their last album, but what if they did compose more material during the COVID-19 lockdown..hope that they had some time off and relaxed, took care of themselves and families.

Staff member
Every album since Brave New World was going to be their last one. I was already wondering when people would bring it up this time.

Perun said:
Every album since Brave New World was going to be their last one.
Click to expand... 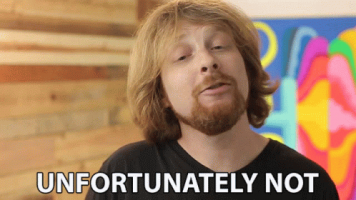 IMO, they must write and record the new new album.

The Year Of The Dead

After reconsideration - I actually care

Given the time that they now have, lack of additional activities etc. they can record more than one album and keep it for future release as an additional income source when they call it a day.

Meliegree said:
Given the time that they now have, lack of additional activities etc. they can record more than one album and keep it for future release as an additional income source when they call it a day.
Click to expand...

Or Dave can just mow his lawn countless of times instead.

As for me, my pennies are for the latter.

Meliegree said:
Given the time that they now have, lack of additional activities etc. they can record more than one album and keep it for future release as an additional income source when they call it a day.
Click to expand...

I've had that bit of wishful thinking myself, that they did record a 2019 album and now are recording a 2020 album to blow us away with how vital and creative they still are at this age. But time and time again, I'm reminded that new music isn't high on Maiden's priority list these days. I tend to think they do a new album every now and then in order to, as Bruce has repeatedly called it, avoid becoming nothing more than a 'cabaret act.' I'd like to think they're anxious to record as much new music as possible with the time they have left to further pad their legacy, but I just don't think that's the case. I'd love for them to prove me wrong and have done exactly this, but I'm not betting a dime on it.

I would like to be member of the inner circle or crew, because now during this current situation it would be awesome to know:
Im been certainly confident all this time, as proved by the almighty Maidenfans extensive detective work..there's atleast one album on tape that was recorded in Paris last year. It must not have been coincidence or accident that they all were there in Paris, unless they were so busy helping Bruce move his stuff..
If the detective work proves to be exact as 1 album must have been recorded, we don't know if it is finished or how many material they did manage to do then, but I would be also interested in knowing if there anything else that has been recorded/composed during the COVID-19?

This was the detective work that I mentioned talked previously and works as little synopsis of the happenings and sightings:

March 31st 2018 - Steve says in an interview that Iron Maiden will begin working on a new album early 2019 “Well, as is normal after a very long tour, we will take some time off… well, rather them, because I plan to do some performances with British Lion this fall in Canada, Latin America and Japan, and I’ll have to put the band back to the point.
But I think that at the beginning of the year we will meet to start working on new issues, in fact we already have several ideas and some half-assembled songs for a new album.”

(this has been translated from English to Spanish and back again, so the language is a bit off)

In January people who attended a Iron Maiden related event (at cart and horses i think?) said someone confirmed Maiden will record a new album in March.

Towards the end of Feb the band members schedules seem to start wrapping up other activities. The instagram accounts of the various wives reveal that Nicko is in London, Adrians vacation in the Bahama’s is finished, and Bruce only has a handful of book tour dates left.

March 1st - Kevin Shirley is heading to Europe
Kevin Shirley on Instagram: “Cruise is over. Thanks to Joe and Roy (AND RACHAEL!). Docked in Tampa Bay (sunrise with no filter). Dev to CA, I’m off to Europe.…”

March 2nd - Kevin is in Paris, at a restaurant 15 mins from Guillaume Tell Studios (where they recorded BNW and TBOS)
http://instagr.am/p/Bug_lgLnNDH/(post ends up being deleted shortly after)

March 20th - Kevin posts a picture of the Looptrotter Monster compressor he’s using in GT
Kevin Shirley on Instagram: “Another Spring has sprung so I’m freshening up my equipment. I prefer analog gear to plug-ins. This doesn’t rhyme.”

March 24th - Bruce has been fencing in Paris
MATWATCHES on Instagram: “Would you like fencing with Bruce? #brucedickinson #ironmaiden #fencing #pilotlife #militarywatch #sportmotivation #bruceaeris…”
(location tag was later changed to London)

March 28th - Kevin posts a picture from inside GT Studio
Iron Maiden studio album 17 rumours and speculations
And now the tag location has been changed to London. Was Bruce fencing in London (where he was seen carrying a fencing bag) or in Paris? Rod is one sneaky bastard, I must say.

April 12th - Mikkey Dee of Motorhead opens his new bar in Paris. Nicko is there for the opening.


April 13th- Adrian is in the south of France (the band tend to take weekends off)
Nathalie Dufresne Smith pe Instagram: „Up to no good in Monte Carlo!! #crazyfish #adriansmith #montecarlo #ironmaiden #goodfriends #monaco”

At the beginning of June things seem to have tailed off, with Kevins instagram suggesting that IM17 is done and he’s onto other projects.
Click to expand...