Most of these aren't bad, but we gotta eliminate some eventually, right?

Confeos said:
Most of these aren't bad, but we gotta eliminate some eventually, right?

There are some strong songs on it, sure, but off the top of my head I'd probably rank it below the first two, but better than Back Through Time. We'll see when we get to it though, I haven't had a complete listen in a while

Well, it's a very interesting album, IMO. The first four songs are masterpieces (for Alestorm), and then the songs take a little dip and don't come back up until the final song. It's a very noticeable thing, too. Maybe it's just because "1741 (The Battle of Cartagena)" is one of my favorite songs of all time and literally nothing could top that which makes it jarring, I'm not sure.

But that being said, what filler is there is still some damn good stuff. The album features their best production, best use of keyboards, best vocals, best guitar.... best overall. And it's one of those albums that literally grabbed me and forced me to listening to it again and again and again. Despite the drop in quality. The last time I heard it the drop wasn't too apparent.

Despite these inconsistencies, what I'm trying to say is that it's a very weird album because the high note ("1741") comes early on, but as a whole, it's still their best album and one of my personal favorites.

I'm half asleep, this post probably makes no sense at all.

Made perfect sense
And I agree that Cartagena is THE highlight of the album. Looking forward to giving it a proper run-through again and see where everything goes!

After much deliberation voting for "Over the Seas", "Nancy", "Set Sail and Conquer", "The Quest", "Famous Ol' Spiced", "Black Sails" and "No Quarter". I would really like "Captain Morgan's Revenge", Wenches and Mead" and "Keelhauled" to stay in but the rest are becoming harder to separate now that the more obvious album fillers have started to fall away.

Staff member
Alrighty, I have voted.

Eliminated in Round 4:
That Famous Ol' Spiced (5 votes)
Of Treasure (4 votes)

Notice to all participants of the ALEVIVOR: Due to the fact that I'm leaving for Germany on Monday and will be away from my laptop there, the ALEVIVOR will be going on a bit of a hiatus for about three weeks. I was hoping to introduce Back Through Time before I left, but I think we need another round of this first. Vote within that timeframe and we will resume when I return. Thanks to everyone who has participated so far, hopefully we can get rolling again when we start again.

And on another note, voting for Over The Seas, Nancy The Tavern Wench, Set Sail and Conquer, Leviathan, and No Quarter.

Staff member
How is Wolves of the Sea still around?

Because it’s a fantastic song.

Good cover, although to be fair the original also sounded pretty good (especially considering it's Eurovision

If you've ever heard the original of "You Are A Pirate" however, what they've mangaged to do with that is considerably more impressive.

If you've ever heard the original of "You Are A Pirate" however, what they've mangaged to do with that is considerably more impressive.
Click to expand...

Yeah, "You Are A Pirate" is a phenomenal cover and I can't wait to see how far it goes when it enters our ALEVIVOR.

What's with all the votes for "The Quest"? Come on people, it's top 10 material for sure!

Wow, people actually jumped right in to get their voting done fast this time. I'm quite tempted to update tonight and add Back Through Time in before I leave. Any opposed?

I've got no problems with that .

Eliminated in Round 5:
Set Sail and Conquer (5 votes)
Nancy the Tavern Wench (3 votes)
The Quest (3 votes)
No Quarter (3 votes)
Wolves of the Sea (3 votes)

Back Through Time joins the game! 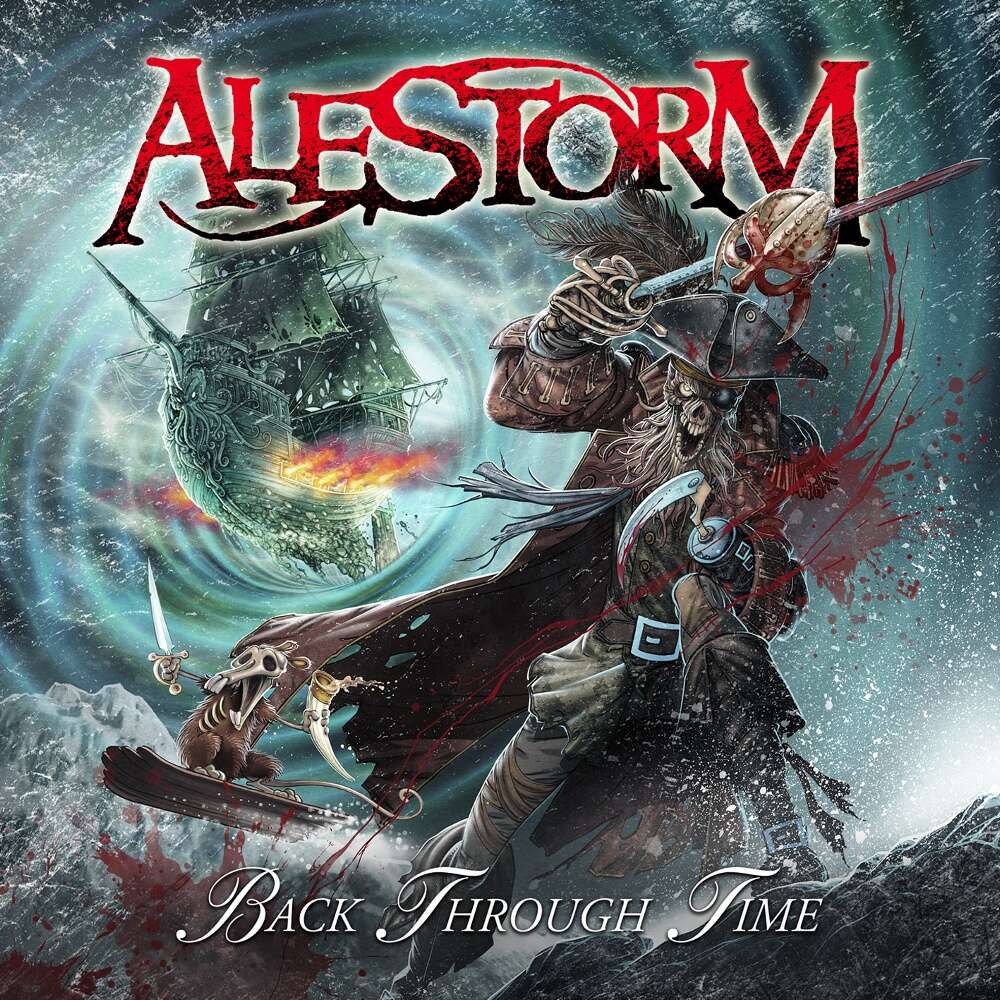 Back Through Time bonus tracks will appear in a later round, let's get through these first. And this is the final update for a while. Enjoy!

Alestorm - Back Through Time
Good album. It and Black Sails at Midnight are probably tied for me, and both are a step above Captain Morgan's Revenge. Lots of neat stuff on the album.

Voting for the following: