TheMercenary said:
This setlist could be perfect for Bruce.

Cunt I play with Madness?

Absolute top tier comedy folks. Thank you for your valued contribution to the forum

This is probably the best Hallowed of the tour.

As I said, Bruce held this standard up until Aces.

matic22 said:
This is probably the best Hallowed of the tour.
Click to expand...

...As the guards march me out to the courtyard
Somebody cries from a cell,
"God be with you"
If there's a God, why has he let me go?

"AND THEN TELL ME WHAT YOU SEE!" flashbacks...
R

That version sounds more like Walk To The Hills

Remember Early Days? The documentary. Nicko joked about them being 70, playing Run to the Hills and Steve coming up to him saying "you're playing a bit fast tonight"

It's time to retire some of those old songs.

Remember Early Days? The documentary. Nicko joked about them being 70, playing Run to the Hills and Steve coming up to him saying "you're playing a bit fast tonight"

It's time to retire some of those old songs.
Click to expand...

I get the feeling after this tour wraps up some of these older songs will be retired for good. Aces being one we may not ever hear again

TheMercenary said:
Exactly what I posted after you in the video of Iron Maiden Italia. At the end of your video and at the end of mine, there's a lovely indication about the songs that could be played next year... Will Alexander be the Great attraction on stage in few months...

Next year is for the album tour and they will play most of Senjutsu or the whole album (btw, if they play the whole album I think the tour will have only 1 leg, if they don't, then I can see a 2nd short leg in 2024 with a new album or Hits tour in 2025. The album is too good to have only 1 leg). ATG and SIASL are possible surprises, but I don't think they want to play more songs from Somewhere In Time (they only play WY and HCW throughout the years), it's too good to be true and the title track is brutally fast. Bruce is a master of hype. A Hits tour around the 1986 classic? If there is another Hits tour it will be after the album tour, but I think they will skip their usual formula this time. Steve wanted to recrod a video from the original tour, maybe he wants to re-create this tour again, but I doubt it (although it's curious to see a modern version of the 1986-1987 stage set) - the focus next year is on Senjutsu.

Samantas5855 said:
Somewhere in Time and SSOASS are Maiden's top albums, we already had a maiden england tour (with 3 important songs missing + no still life) so it's time for a tour where they play the entirety of somewhere like blind guardian do.
Click to expand...

They've never played a classic album back to back live. About Maiden England selection of songs, I think they didn't want to copy the original tour so much.

PhantomOfTheOpera said:
Perhaps they could have intermission?
Click to expand...

Staff member
Oh no, the tour hasn't even ended yet and you guys are already going on about them playing ATG next tour...

Samantas5855 said:
a tour where they play the entirety of somewhere like blind guardian do.
Click to expand...

TheMercenary said:
Maybe you're right. But, I bet that would be a tour focused on 'Senjutsu' AND 'Somewhere In Time'. As I have said once on this forum, there's some songs on 'Senjutsu' that can be linked to 'Somewhere In Time'. First of them : "Lost In A Lost World" that recalls "Stranger In A Strange Land" by its title. We also have "Days Of Future Past" which suggests something like a "Deja Vu". Finally, we have "The Time Machine" which refers to the theme of the entire 'Somewhere In Time' album : time.

I guess this setlit could be this one (but I could be wrong) :

Since we're doing setlists for the next tour, here's mine:

Staff member
Oh my god, how often do I have to tell you, especially you @PieceofMind89, that we have a dedicated subforum for the setlist fanfiction?

Perun said:
Oh no, the tour hasn't even ended yet and you guys are already going on about them playing ATG next tour...

Be the ultimate troll, no show for the Greek cunts in 2023 but they play Alexander elsewhere

"AND THEN TELL ME WHAT YOU SEE!" flashbacks...
Click to expand...

A little bit of Maiden in the new issue of Metal Hammer Spain. 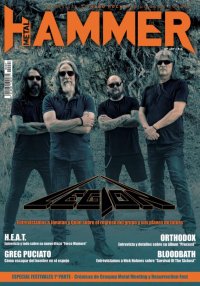 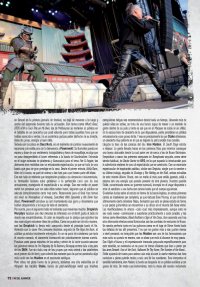 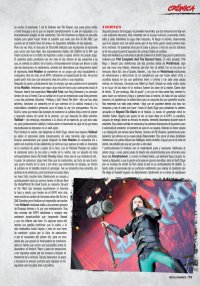