Staff member
Well, it's not that bad yet. Knock on wood. You know I like that sound.

Spambot said:
Title says it all.

I got the idea from the Dream Theater reddit and this guy "Moopyisdank" did it for 266 consecutive days until "Distant Memories" came out.
Click to expand...

So next week you will have beaten that guy
Well done!!!

I'm laughing so much I almost couldn't hit the right smilie 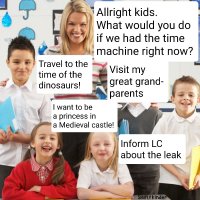 frus said:
So next week you will have beaten that guy
Well done!!!

It's amazing that he just started at a random date and it by coincidence runs to almost the exact same length of time as the dream theatre fan.

frus said:
So next week you will have beaten that guy
Well done!!! 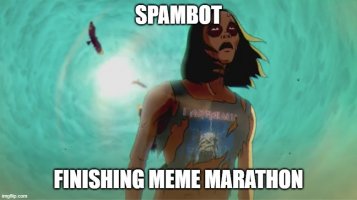 srfc said:
It's amazing that he just started at a random date and it by coincidence runs to almost the exact same length of time as the dream theatre fan.
Click to expand... 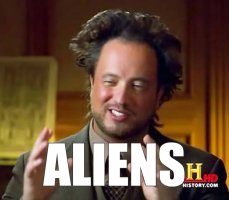 And isn't it even weirder that Dream Theater just recently published a song named "The Alien"? Hm, hm.... 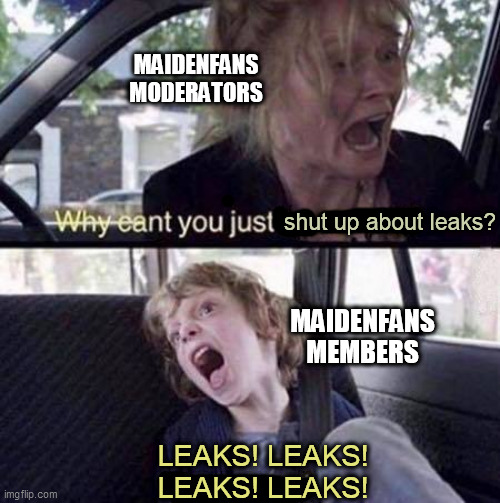 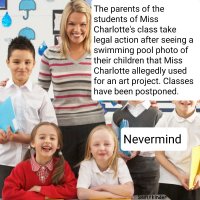 I think you've milked this meme out, @MindRuler, and then some.

Ariana said:
I think you've milked this meme out, @MindRuler, and then some.
Click to expand...

This was the last of the serie though.
But you could´ve guessed that.

Correct me if I'm wrong, but isn't that the idea with memes?

Some questions better left unanswered, as we learned from the Great Maidenfans Meme War.

I only stick to this wise quote and that's it.

Jer said:
People have different points of view. Such is life.
Click to expand...

Mr MR is marching by the beat of his own drum, and I think it is even harder to make a new meme with the same template every day. So, kudos for that. As per last meme, I find that whole situation hilarious. If he didn't recreate that photo at least a dozen times throughout his life, I wouldn't say a thing. There was a quote somewhere on Twitter that was spot on. It went something like: "If there were only a photo for a situation like that, something like a baby trying to grab a dollar bill..." But alas, none of us are saints, for example: 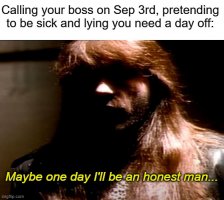 I watched Nolan's Dark Knight over the weekend after a long time and realized this - that movie is potential meme mine. 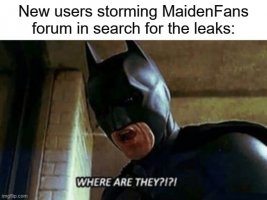 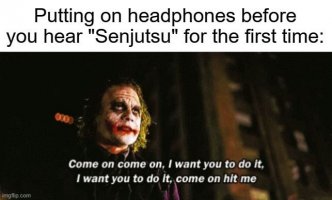 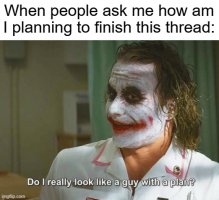 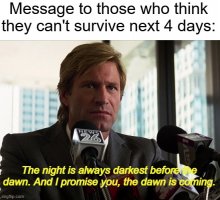 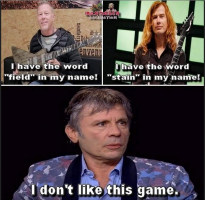 Magnus said:
Nothing wrong with having the word "kin" in your name you know