Where’s the love for Imaginaerium?

Their worst album? Not with me...

Where’s the love for Imaginaerium?
The innocence, the dreams of this album

It's not their worst album, I still like it better than the first three, but it's got a lot of meh-to-bad songs.
S

Imaginareum is great, at least most of the songs. A solid album, in my opinion far better than Endless forms most beautiful. There are several Metallica rip offs thought 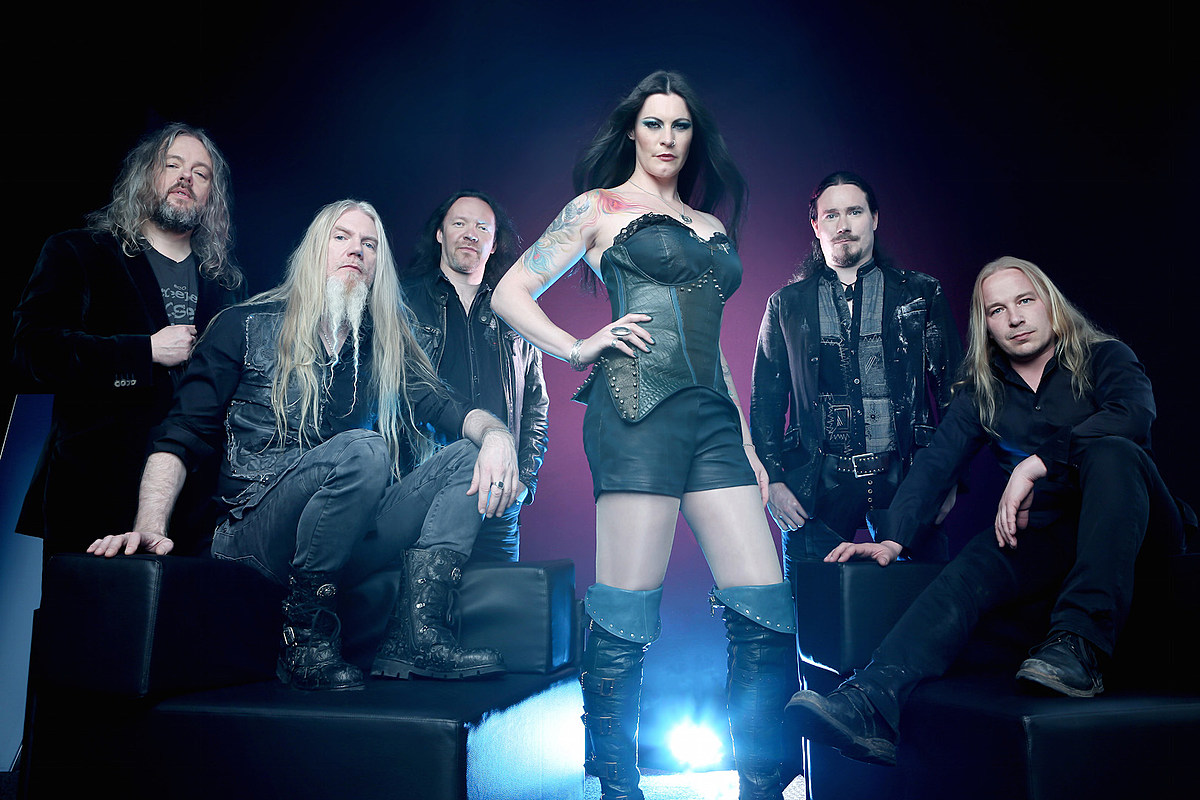 I’m excited for this. Hopefully this one is a step up from EFMB, but even then there were some good songs on there and I’m looking forward to what’s to come.

I am more excited than Diesel is. Everything Floor Jansen touches turns to gold. She could make even The Raven Age's songs sound good. But before they even tell us any details regarding the new album there is a live album from the Decades tour to be released next month which was filmed in Buenos Aires.


I will definitely be listening to this album a lot. I saw the tour a couple of times last year (Bloodstock Festival and Wembley Arena) and I'm more than happy to listen to it again. The above song sounds great as expected, even if it is from the early years with Tarja which I don't have much interest in. The camera angles are a bit awkward though which I reckon is because the venue isn't as well suited to filming as Wembley Arena is. They probably only chose this show as it's in Latin America and pandering to the Latin American audience is trendy these days (thanks, Maiden). I doubt I'll bother buying the DVD as I would only watch it once before letting it gather dust on a shelf, and I'm not impressed that it's been filmed in a venue whose name refers to Argentina's illegitimate claim over the Falkland Islands.

They've also announced a bunch of tour dates for late 2020 in addition to various summer festivals. I've booked a seat for the London show which is at Wembley Arena again, although frustratingly it's on a Friday. Damn arena is too far north of Central London for it to be easy getting home. I suppose we'll get some new album news early next year? Probably before Iron Maiden or Bruce Dickinson give us any album updates anyway.

I’m excited for this. Hopefully this one is a step up from EFMB, but even then there were some good songs on there and I’m looking forward to what’s to come.
Click to expand...

Tbh it's about time - Nightwish isn't old enough to be a cabaret act, surely?

Unlike Wiz I don’t think that all Floor touches is good. In fact, after several listens of EFMB and a lot of scrounging through their live performances I’ve come back again and again to the realization that she is both the most talented singer of Nightwish and at the same time the most faceless. Her ability to hit Tarja’s notes and adapt to Anette’s pop is astounding, but I’d rather just listen to those two instead of Floor. The live performances of her own Nightwish songs are fire though, but on EFMB I don’t think Tuomas utilized her well enough on that album. All this isn’t a slight against her because she has a gorgeous voice, I just want a bit more oomph from her as a part of Nightwish. (Marco also seemed a little weaker on the last album so maybe it’s just that recording in general.)

EFMB is a bit of a weird album for me overall. I wish the guitars had more crunch to them and that they’d reigned some of the songwriting in a bit more. There’s a lot of good moments, but very few of the songs really standout. In fact, “Our Decades In The Sun” and “My Walden” tap into the nadir of the Nightwish discography. On the other hand, “Edema Ruh” is gorgeous and “The Greatest Show On Earth” is one of the band’s best songs overall (I get all of the criticisms of it, but I can’t help but feel happy every single time I hear it). I think the style of the album is a bit too sappy compared to some of their darker previous releases and I’d like something with more balance between the styles, I think.

This is just a bit of a ramble from me. I’m very excited and hopeful for the album, but also a tad pensive. Knowing Nightwish, there will undoubtedly be something worth coming back to from it, will be interesting to see just what it is.

How is that “disagreeing for the sake of disagreeing”? I’m just posting what I feel and why I feel it. Since when was having a dissenting opinion a crime?


Diesel 11 said:
Knowing Nightwish, there will undoubtedly be something worth coming back to from it, will be interesting to see just what it is.
Click to expand...

Tuomas strikes me as something of a control freak, so I'd be surprised if he can be talked out of churning out EFMB Mk.II

That is true, and the entire band may be on fire but Tuomas’s songwriting is going to determine how good the end product will be.

Wogmidget said:
Tbh it's about time - Nightwish isn't old enough to be a cabaret act, surely?
Click to expand...

Five years between studio albums, where have I seen that before?

It's not like they've been bone idle since 'Endless Forms Most Beautiful'. The tour for that album lasted two years (2015-2016) and they took a year off in 2017 as Floor has just given birth. The Decades World tour took up all of 2018 and only lasted for that one year. It was not a three year ego trip - Tuomas had enough of an ego trip on 'The Greatest Show On Earth'. Floor, Tuomas and Marko have also all released albums with side projects. Marko is touring with his Finnish language side project at some point and also played a few shows with Delain in 2017. Floor has become a reality TV star in Holland and is also playing some solo shows in Holland in January.

These guys have hardly been inactive. In fact, the three most prominent members of Nightwish have been doing a lot even when their main band hasn't been active. Nobody has been on a never ending book tour or started an aviation company. Two live albums and two world tours since the last studio album is pretty solid output if you ask me, and I hope you aren't critical of Floor for taking time off to be a mother?

Black Wizard said:
I hope you aren't critical of Floor for taking time off to be a mother?
Click to expand...

No, but she did rob me of Hannes van Dahl for my first two Sabaton shows.

In all seriousness, I think that they're set up to be a much bigger band as a result of the time off, each person becoming a little bit of a bigger star (and Floor much more so).

LooseCannon said:
No, but she did rob me of Hannes van Dahl for my first two Sabaton shows.
Click to expand...

Who cares about the drummer though?

I reckon Nightwish could subheadline Download again below Maiden like they did in 2016. I'd be pissed off if they were booked as second stage headliners though. Even if there was no clash with Maiden I'd still end up really far back for Maiden after watching Nightwish.
Last edited: Nov 2, 2019

Hey now, just because they have string samples and sing about elves does not make Nightwish gayer than Maiden.

I think we can put that down as a gaffe.