Magnus said:
and makes you think?
There's more to this, we're on the brink.
Click to expand...

About this whole belshazzars/WOTW thing: can’t be all coincidence, too many things are evident.

Staff member
I’m not sure if it’s really that different from previous albums. I’m thinking The Final Frontier in particular had a ton of hype (so much so it broke the official forum twice). The Book of Souls was weird in that it just got announced unceremoniously, but I suspect that external circumstances prevented them from doing anything more interesting. A combination of Bruce’s cancer throwing schedules off and Amazon leaking the album info.

IMO it just goes to show how long it takes Maiden to make an album and how much technology/marketing changes during those intervals. Viral marketing is a much more commonplace thing now than it was even in 2015. This is the 2021 equivalent of throwing up a countdown on the homepage of the website.

Mosh said:
how long it takes Maiden to make an album
Click to expand...

Since I started listening to Maiden about 15 years ago, they only released 2 albums.

Mosh said:
I’m thinking The Final Frontier in particular had a ton of hype
Click to expand...

In what way did Maiden hype TFF before the album announcemnt? I don't remember them actually releasing something every day for 2 or 3 weeks leading up the the announcement of the album release like they are now. So I definitely see this as quite different and with the possibility of leading up to something special.

Oh, and they also did an entire NA tour to generate hype for that upcoming album.

Night Prowler said:
Since I started listening to Maiden about 15 years ago, they only released 2 albums.
Click to expand...

Since I started listening to Maiden about 6 years ago, they only released 1 album.

Diesel 11 said:
Since I started listening to Maiden about 6 years ago, they only released 1 album.
Click to expand...

Same here.
Since I started listening to Maiden about 34 years ago, they only released one album.

Diesel 11 said:
Since I started listening to Maiden about 6 years ago, they only released 1 album.
Click to expand...

Oh, and they also did an entire NA tour to generate hype for that upcoming album.
Click to expand...

This is still somewhat different.

Hi guys, Ive been on vacation, I'm not actively reading the whole thread but this photo 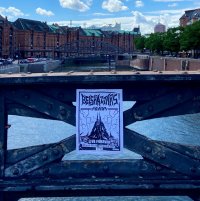 RLonger said:
You all are pretty into and I'm pretty sure this album is the last one from them and the final sign of IM decline in terms of popularity. Everywhere response for their new propositions is poor. No way this album succeed the way as a few former ones.
Click to expand...

Honestly, I've been lurking on this forum from the era of Dance of Death, if I remember correctly. Surely from the moment that the official forum started the memberships. Also, I've been a moderator in a couple of forums of considerable size. Please please, stop writing. You are, by far, one of the worst forum members in the history of forums.
Last edited: Jul 11, 2021

RLonger said:
Generally Iron Maiden are considered as outdated band and they don't attract the new fans anymore. And selling big arenas and stadiums is over for them. For many shows announced since 2020 there are tons and tons of tickets. Facts are the facts it's time for them to be out.
Click to expand...

You’re a hoot; I’ve missed you! Here, have a seat! Tell us more!

You may mock me but I know I'm right. Yes ten years ago IM were on fire and they were popular. Even 3 years ago people still supported them but now it's over.

Based on what? The pandemic? Your own disappointment?

RLonger said:
Even 3 years ago people still supported them but now it's over.
Click to expand...

How it's over? I'm quite confident that the couple of tours they have left in them will sell rather well and the upcoming record will have a decent "buzz" around it too.

Generally there are less and less people supporting them nowadays and if you realize their publications on socials and YT have less views than few years ago - situation becomes clear and obvious.

New ventures and social media response goes hand in hand. I think you've grown disillusioned by their lack of new material and want Maiden to be over and done. I've been disappointed and indifferent, but never have I wanted Maiden to be over.

Saying IM are not that popular anymore is like saying Roger Federer isn’t popular either.

Back in the late nineties, I remember them being called a "seasoned" band in an article about VXI era. Since then, they released five (almost six) albums, toured extensively and are no less popular than what they were in the eighties. The pandemic has put everything on a hyatus, but I'm confident that in the next few years they'll do successful tours as usual.
Last edited: Jul 11, 2021

So we will see how to be the reaction for new single/video and album when they release these ones. Unfortunately I really think I'm right.