Dave Murray lives in Hawaii most of the time. Other homeowners there are Cliff Williams, Lars Ulrich, Carlos Santana and Steven Tyler. What the f** are you waiting for to put up a local band?

They're probably waiting for someone who can play drums...

CriedWhenBrucieLeft said:
They're probably waiting for someone who can play drums...
Click to expand...

Day of the Eagle by the original artist, live in ...

Although, the Trower facial close-ups from 12 minutes in are fantastic!

A recent article on his guitars used on the Maiden England World Tour.

I was surprised by the the 2004 Gibson Flying V (which he used on The Prisoner and Wasted Years) when I first saw it.

I have that same guitar! Only mine's an 80's model. But still...I have a Murray guitar!

I thought he went out and said his main guitar is a California Series when Fender released the new signature based on it? Quite far from a Customshop job... (The California Series was a quite affordable mid-range model.) The bad research and misinformation by people writing these articles! In the older Premier Guitar one from 2010 they said that the mini humbucker in Adrian's Goldtop Deluxe LP was from a Firebird. What kind of people do they hire? Anyone with any kind of knowledge would know that late 60's to early 70's Les Pauls were the "Deluxes" with mini humbuckers leftovers from Epiphone archtop production, placed in P90 routes and installed in the reissued Les Paul models. (The mini humbuckers from a Firebird are completely different pickups, and there's no way you'd even mistake them visually.) Adrian's Les Paul has had wood routed out and a full size 'bucker installed (probably a DiMarzio Super Distortion, but who knows).

Bottom line, don't trust any of it. With these mistakes, there's bound to be more that you can't easily check.

His solo on AOS makes it sound like "Moonchild"'s

The only Maiden member of whom I've seen a photo with Lemmy: 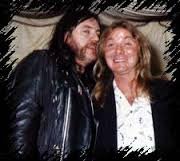 Coming back to this:

The first Maiden album, for instance the fast part of Prowler, is as (least as) heavy/rough/raw as Motörhead. Puts things into perpective doesn't it? As if the circle is round again... Basically, apart from the tribute aspect (which is important of course) I find it cool to see Dave playing such music again.
Last edited: Jan 2, 2016

Yeah. Like you said he hasn't played like that since well, the debut...He was the one with the punk influences too wasn't he? Mixed in with a good portion of classic blues and rock of course.

Still widdly-widdly after all these years.

I'm assuming these are also from the New Year event... 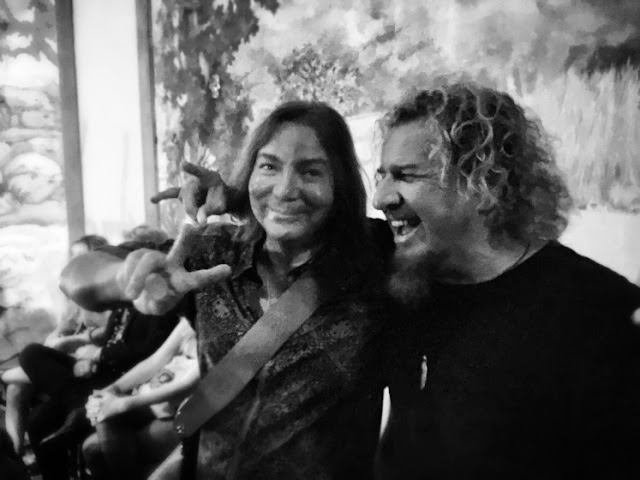 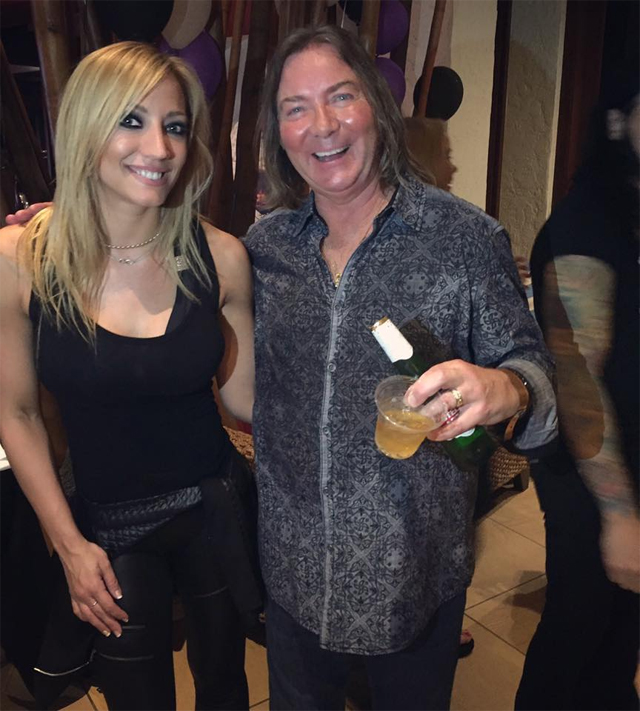 Another one with Dave, this time with Alice Cooper on lead vocals. Who can identify the song?
Lovely solos! Cool end.
And School's Out (with Another Brick in the Wall inserted), also with Dave stealing the show:
Revolution:

Forostar said:
Another one with Dave, this time with Alice Cooper on lead vocals. Who can identify the song?
Lovely solos! Cool end.
Click to expand...

Forostar said:
And School's Out (with Another Brick in the Wall inserted), also with Dave stealing the show:
Revolution: