So... how did this become a single again? Er... the verses and how they're strung together are shit. HOWEVER, I've always, always loved that chorus. It makes the song. 6/10

Filler. OK rhythm, but very uninspiring song. 4/10, this song represents very well why Killers is not on the same level as Iron Maiden, despite the better production

Strong song, nice lyrics, the intro is very very cool, and this should've been on the original track listing as well. 8.

I love the middle section of this song especially. I don't mind the rest but don't dislike it. 8/10

A decent opening riff with an OK verse breaks into a soaring chorus with nice guitar fills. Paul sounds a bit cheesy on the higher notes, but not too bad.

The musical break has some interesting guitar harmonies that cut off suddenly into the opening riff again, rolling back into the verse. Paul's scream at the end of that verse ("diiiiiiiied!") borders on silliness, but doesn't quite cross the line. Another chorus and we glide into the end.

My original run of Iron Maiden song reviews ended at Purgatory back in 2015. While I've done some singular song reviews since then, and I've gotten worlds better at them since that original run, I feel like I need to pick up the slack and start from where I stopped last time.

This isn't really the place where I wanted to start, though, but I guess I have to deal with Twilight Zone, a song that ends as soon as you begin to think about the song's general quality. The intro riff convinces you into thinking this will be yet another sleazy rocker, like Prowler or Another Life for instance, just to name a few examples. But then the verses are terrible. Absolutely terrible. So, now I'm convinced that this song has some kind of identity crisis. That's even before I get to the chorus which is much, much better than the rest of the song by a huge margin. It really feels like they wrote three separate songs and stitched them together to form this...song.

5/10, I guess, since I don't know what else to give it, except a 4. I may change the rating to that some other time. Let's just move on to more interesting material...

Pretty bad verses are rescued by a great chorus, saving this song from being terrible. It's short and I think that helps its attraction. Bad idea for a single, though. 4

Twilight Zone is easily one of the worst songs Maiden have released. Completely unmemorable apart from the main riff. The fact that this was released as a single blows my mind. 1/10

We need to archive this. From a new Adrian Smith interview: 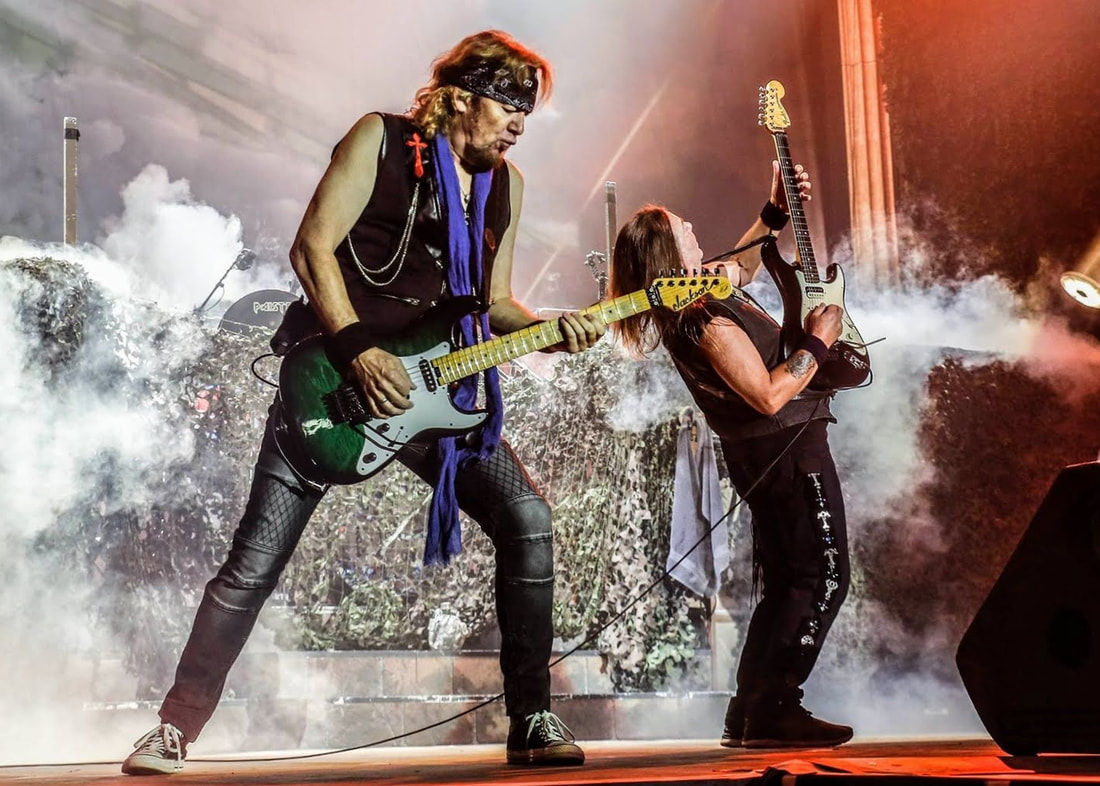 As the guitarist and songwriter who wrote classics ‘Wasted Years’, ‘Stranger in a Strange Land’ and more, Adrian Smith’s status as Iron Maiden’s melodically-leaning six stringer is assured. What’s less well-known, is his love of fishing, however he’s abou

You worked with him on ‘Killers’, and I wanted to ask you about one of the songs from that session – ‘Twilight Zone’ – which has a really unusual harmony pattern; was that something you and Dave Murray worked out, or would Martin have had a hand in that?
Martin never got involved in arranging music. He was a very, you know; ‘let the band shine’, and sit back and show the band in the best light possible; record it perfectly, don’t use too many tricks. Funny about ‘Twilight Zone’; that was a B Side of a single ‘Wrathchild’, and the single had to be out before the album, and so it had to be mixed and the B Side had to be done before the rest of it. We needed a B Side, and I think Dave had that riff for ‘Twilight Zone’. We kind of bashed it down very quickly. If you listen to the tempo, it’s quite, almost on the edge of being unplayable, it’s so fast! And, when we came to redo the guitars we had a hell of a job fitting that riff in to the drums.

I actually wrote the whole harmony part. I don’t even remember Steve being there that much when we did it. I wrote all the harmonies and chord progression for that, and yeah, there is a few weird notes in there. Sometimes I’ll want to do a standard guitar; there is a standard 1st, 3rd; 1st, 5th; Steve likes to do, you know, make it slightly odd; he’ll put it in unison in one bit of it, and then go into a harmony, I think, because he doesn’t want to sound like Thin Lizzy, whereas, I love that – that’s my sort of template! But for that particular song, I think I came up with whole harmony part, we overdubbed the guitars, and it turned out really well, actually, and a lot of people say it should have been on the album.
Last edited: Aug 27, 2020