I'd rather see "Drink" and "Anchor" out before "Shipwrecked". Heck, with the remaining songs, I'd even put it in the top 3!

I'll wait to update so @Night Prowler can staple this thread to the other one and so that @Black Abyss Babe can get a chance to vote, but I'm really tempted to just boot "Shipwrecked" now while it's losing.


The spiritual successor to "Keelhauled" takes a bow just outside the Top 5 (thank God). No songs from Back Through Time remain, but we do have two from No Grave But The Sea - which song will be the last standing? That's yet to be seen...

Meh. Let's toss out either "Drink" or "Anchor" now, please.

No, they're the best two standing.

Diesel 11 said:
No, they're the best two standing.
Click to expand...

If Captain Morgan's Revenge doesn't win, then I want it to be Drink. Either one would be a worthy champion.

I didn't even think Mexico would make the Top 10, so I'm ecstatic that it actually DID make the top 5.

The Same goes for Anchor.

get the votes this time around.

The ultimate joke song from the band finally makes its exit. Should've won the game, IMO, since you all slaughtered "1741" earlier. At any rate, let's kill "Mexico" already.

Staff member
1741 isn't as good as Fucked With An Anchor. But I agree Mexico needs to go.

"1741" should definitely still be in the game. Anyway, I feel like I'm repeating myself at this point, but voting for "Drink" and "Mexico".

One of the cheesiest songs from a really cheesy band has its last stand and gets booted in the arse just before the Top 3. Everyone really came together to knock this song out, with six people actually voting for it. Wow! Alright, Top 3, here we go.

This is a very good top 3, all things considered. That said, Keelhauled is clearly the weakest link here.

In a surprise twist, "Captain Morgan's Revenge" takes its bow at long last, sliding into the Top 3 but avoiding the Top 2 spots. It's an early epic that showcased Alestorm's potential as songwriters who, while not exactly the best songwriters ever, were nonetheless capable at crafting memorable songs that would stick around in the metal scene. This is one of them, and while it's not perfect, to my ears at least, it's arguably their most iconic creation....

....but it still didn't make the Top 2! We've finally reached the final round, folks! Two songs remain, and they could both easily take the top honors - but only one of them can win. Which one will it be? Only time will tell... 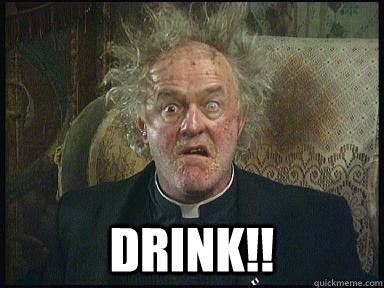