Brad Pitt for 125$?! I know he's not in his prime, but I certainly wouldn't feel ripped off.
Gwyneth (Paltrow) is a lady who tries to hurt other people in their homes with exploding candles which smell like her... lady parts. She also acts. But I guess you haven't watched "Se7en" which means we probably spoiled the ending.
I don't think they made emoji for conversations like this... 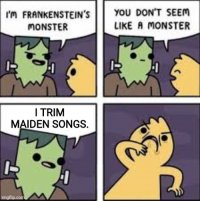 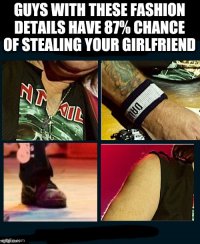 And I take it you still haven't got over it ...

Black Abyss Babe said:
And I take it you still haven't got over it ...

Yep. And putting a newspaper ad 40 years ago where I tell him not to come into my town didn't help either... 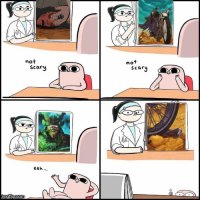 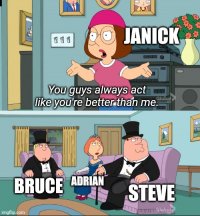 Day 232
Steve and Bruce discussing a new album title.
(It still sounds so strane to me...) 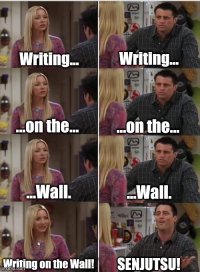 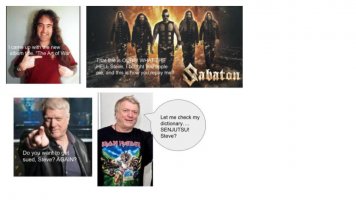 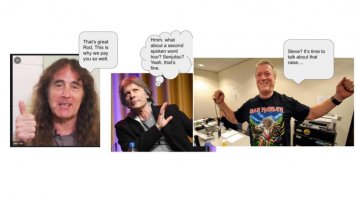 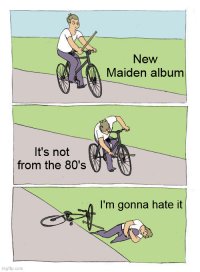 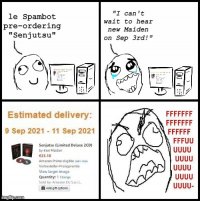 So Bezos managed to become an even bigger douche. That's quite a feat.

Yax said:
So Bezos managed to become an even bigger douche. That's quite a feat.
Click to expand...

Didn't order from Amazon in the end, just took a screenshot while I was searching for options. Turns out, most of them wait for sending until the release day and those few who don't have ridiculous postage. So, I ordered from a small national record company, and it will even arrive a day or two sooner than Amazon and other big retailers.
So I'm going to take a first listen through some streaming service - probably Tidal. They say they have the highest quality sound and some of their albums are Master Quality Authenticated (MQA) which go to 24-bit/96 kHz (I still don't know if "Senjutsu" will be one of them.) For the last one (Book of Souls) I waited until the CD arrived, and it was one dull long week. "The Final Frontier" I bought in a local record store the day it came out. I was thinking of doing the same this time, but turns out all records stores around me closed their doors forever, and it would take some serious mileage to get to one. Sad jams.

Day 234
Imagine they did nicknames on album sleeves, like they did in the 80s - Kevin "Scapegoat" Shirley. 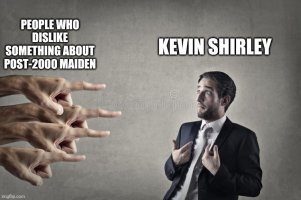 Spambot said:
So I'm going to take a first listen through some streaming service - probably Tidal. They say they have the highest quality sound and some of their albums are Master Quality Authenticated (MQA) which go to 24-bit/96 kHz
Click to expand...

I'd advise against it - MQA isn't a true lossless format. It's a specially encoded 16/44.1 kHz file that needs to be "unfolded" by proprietary software in order to achieve a higher frequency range. The unfolding introduces multiple errors into the audio.

Here's a good video on the topic.