Dr. Eddies Wingman said:
With these postponed matches, 2022 wil be tremendously busy for some PL players. As if the spring schedule isn't busy enough with European tournaments, domestic cup tournaments and international, the next season will start early due to the World Cup. Seems like 2023-24 will be the first normal season in European club football.
Click to expand...

Agreed. Especially with your last sentence. We can only hope. Aww crap. Arsenal just went up 2-0. Turning TV off.
D

This has not changed for years, constantly bad Hajduk that is unable to even qualify for Europa League, the only club able to draw crowds not only home but away games. Hajduk's bunch of away fans constantly outnumbers the average home attendance of the place they're visiting. This correlation constitutes a phenomenon. This year Hajduk is good and is still in a fight for the championship, hence the even wider gap.
B

Being a Tottenham fan, I fear that if Antonio Conte is not given the backing that he wants/needs he will leave the team. Guess the players do to: 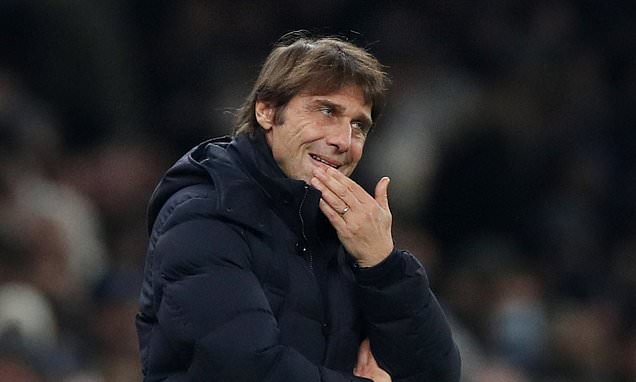 KIERAN GILL: Spurs have enjoyed an unbeaten start under Conte in the league but the meek surrender against Chelsea and Sunday's showing against Morecambe have highlighted a lack of depth.

Staff member
I hate all the big 3 teams he coached - Juve, Chelsea and Inter - but Conte is a miracle worker and if Spurs don't back him, they don't deserve to ever win anything again. This is probably their best chance in decades.

Man Utd are crazy for not sacking Ole fast enough to get Conte on board. He's 100x better than Poch who seems like the most likely candidate to take over Man Utd in the summer.
B

Night Prowler said:
I hate all the big 3 teams he coached - Juve, Chelsea and Inter - but Conte is a miracle worker and if Spurs don't back him, they don't deserve to ever win anything again. This is probably their best chance in decades.

Man Utd are crazy for not sacking Ole fast enough to get Conte on board. He's 100x better than Poch who seems like the most likely candidate to take over Man Utd in the summer.
Click to expand...

I agree with you. He's a winner wherever he goes. I love the guy's passion and it rubs off on me when watching a game. I've been a Spuds fan for just 8 years, but I have grown to see why fans of other clubs talk about the organization in a bad way. I know a lot of it is just trash talking, but there is some truth there. Certainly the "You'll never win anything at Spurs" comment which I see often.

Conte would've been a great fit at Man Utd. Surprised they didn't go after him.

Norwegian football coaching icon Nils Arne Eggen died this morning, 80 years old.
He is most well known for his time as coach for Rosenborg, which he led to 13 league titles and 8 seasons in the Champions League where their best achievement was a quarter final defeat against Juventus.

Eggen continued to make his voice heard in Norwegian football football until his last weeks. He was a quote machine and often showed his knowledge in other fields than football. He also was a teacher with Norwegian as his main field.

However, his grasp of foreign languages was not at the same level as witnessed by many CL press conferences.

A legend in Norwegian football. RIP.
B

WTF?! I turned the game off around the 90th minute:
Conte's reaction was priceless.

@Zare No sound, but such an awesome goal ! 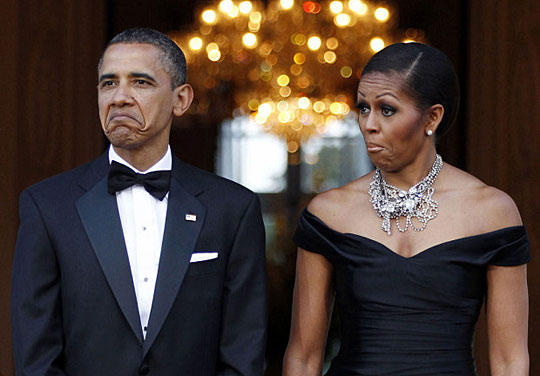 My reaction to the Spuds giving up a goal to Chelsea.

Staff member
Vlahović makes me sick. Mitrović is our best striker and a better person, Vlahović should warm the bench for being a cunt.

Staff member
Canada beat the USA in CONCACAF qualifications for the first time since 1980 today, and without our best player. This is supremely cool.

Wow. One of the biggest talents I have seen in United in recent years.

Normally I would say innocent until proven guilty, but this is looking really bad. Hope he goes to jail for a long time, and I wish the girl all the best.

I was disappointed at Ravel Morrison, but this is much more worse.

Staff member
Based on her dad's statement, I feel like they are already backtracking with "she did not want it released" and "her phone was hacked". 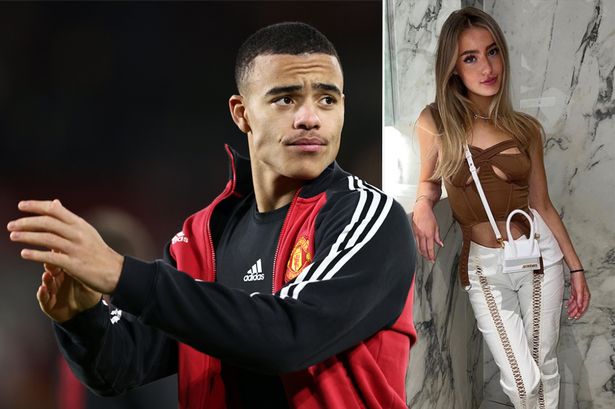 Harriet Robson's father has given an exclusive interview to the Daily Mail just hours after photographic and audio evidence went public alleging that his daughter had been physically and verbally abused by Manchester United star Mason Greenwood.

The damage is already done, but if she doesn't press charges and gets back to him, maybe it saves his career.

Note that I wouldn't want this to happen, but I'm just looking at it realistically, because he is a famous and rich young footballer and famous and rich people seem to get away with it all the time. Marcos Alonso drove drunk and over the speed limit and killed a person but didn't spend a day in jail. And Wayne Rooney's wife stayed with him despite the multiple affairs he's had.

The statement from the dad is shocking.

An example of a dad that doesn't deserve his daughter.
B

Spuds are falling back into mediocrity. Have lost 2 consecutive EPL games. Wonderful.
B

MC 2 Tot 3. What a game. Happy with the outcome