Before I'll go through all the posts here, my first impressions:

1. the beginning - man, Maiden are finally doing Southern rock! I mean, seriously, before playing the video I'd been spinning some Skynyrd and the change was not at all jarring

2. this is definitely the best album preview from them for the longest time. Speed of Light was really meh, El Dorado sucked, Breeg was okay, but only given time, didn't like it at first, Wildest Dreams was (and still is) one of the worst Maiden songs ever...
So I'm definitely excited!

The director: Hey, guys, how many ideas would you like to implement in your video?


All in all I'm really happy. The YT version sounded rather bad, but whatever.

Some details about the video

Dickinson initially had a concept for the video which came to fruition in collaboration with two award-winning former Pixar executives and long-standing MAIDEN fans Mark Andrews and Andrew Gordon. The pair have over 50 years of animation industry experience between them at the very top-level including work on "The Incredibles", "Ratatouille", "Brave", "Monsters Inc." and "Finding Nemo". With partners lining up to get involved with the project they chose BlinkInk, a London based animation studio celebrated for their work with a variety of global brands from Adidas to Coca-Cola and a number of high-profile music videos.
Click to expand...

Nice song with a Thin Lizzy vibe. I like it.
N

Then you wouldn't get anymore "live" sounding albums!

Brilliant! Much better than what I expected (the singles from the last couple of albums were pretty meh). Can't really go wrong with Smith/Dickinson, and i love the Uriah Heep vibes.

Steve might be deaf by now and just "feels" the music, who knows

How come the sound quality is so different on youtube and spotify?

I am actually a long time member, just check my post history.

And (as others have said) the first single of the last few albums are ALWAYS like ‘Wtf?! Grrrrrrr’
But they always fit into the album.
I like this song a lot.

FTB said:
Why everybody mad when you have a different opinion as somebody else? LOL
Click to expand...

Your comparison is valid, it does have that Wanted Dead or Alive, young guns sound track vibe. I like WDOA a lot so that won't put me off this track.

Someone stole the acoustic intro from Janick

absolutely. YT sounds poop. Spotify brings out the depth and richness of it.

Best stuff is middle section with H solo and melody, tempo and rythm are boring.

Staff member
Youtube isn't a music service, no matter how much they pretend to be. Compression does funky things, especially since it was a live stream. Don't worry about it.

Kalata said:
Someone stole the acoustic intro from Janick

FTB said:
Steve might be deaf by now and just "feels" the music, who knows
Click to expand... 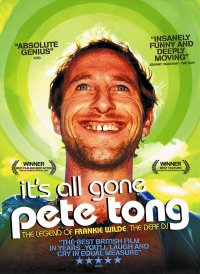 I liked the song itself, loved the arrangement. But maybe it was the YT stream quality that made the mix sound like shit to me. Specially the vocals. I'm hoping the album version will sound better

Josh said:
Let's not forget for the last couple of albums the premier single has been the arguably weakest song on the album. I doubt this is any different.
Click to expand...