MrKnickerbocker said:
I haven’t been engaged by a Megadeth album in 17 years, this changes nothing.
Click to expand...

I know deep down you really meant to say 33 years here.

They say that “Penis Sells”
upon this “Devil’s Island”
“I Ain’t Superstitious”
but “My Last Words” might be flying
Hope it’s just a “Bad Omen”
that I’m “Conjuring”
but some crazy shit has happened
since I got caught jerking
…and Mustaine said:

Now I’m “Sweating Bullets”
o’er the “Skinflick O’ My Teeth”
“This Was My Life”,
“Foreclosure Of My Dreams”
May this “Countdown To Extinction”
be a bad dream
Or at least let this destruction
sound like a “Symphony”
…and Mustaine said:

Jer said:
I know deep down you really meant to say 33 years here.
Click to expand...

17 sounds about right for me, The World Needs a Hero had a horrible lead single in Moto Psycho, but it was a surprisingly good album. Alas, the last good album for me. The system has failed was meh and really lost interest after that.

Onhell said:
17 sounds about right for me, The World Needs a Hero had a horrible lead single in Moto Psycho, but it was a surprisingly good album. Alas, the last good album for me. The system has failed was meh and really lost interest after that.
Click to expand...

I was joking about his disdain for SFSGSW as it repeatedly beat albums he preferred in the GMAC.

Personally, I think The World Needs A Hero was one of the band’s worst albums, sounding like a lame Megadeth cover band, or at best Mustaine trying to force himself to write sort-of metal songs while totally not wanting to do it. I would 100% seriously rather listen to Risk or Super Collider than TWNAH.

I thought The System Has Failed was great, and so was Endgame. Dystopia was pretty strong too, but felt a little forced somehow, and the lyrics are so cartoonishly anti-Obama that they’re a bit hard for me to listen to.

Any 90s megadeth is better than their 2000s stuff. Rust in Peace,Countdown to Extinction, Risk, Youthanasia, etc.... really great stuff there. Megadeth has always lived in Metallica's shadow, but in the 90s they had way more consistent and in many momenents BETTER material.

Onhell said:
Any 90s megadeth is better than their 2000s stuff. Rust in Peace,Countdown to Extinction, Risk, Youthanasia, etc.... really great stuff there.
Click to expand...

From the 90s I love Rust In Peace and Youthanasia.

Countdown felt a little dumbed down to me, like a feint in the direction of Metallica’s black album, but not to the same degree. I think Youthanasia was a much better take on a more commercial Megadeth sound.

Cryptic Writings was a really mixed bag, maybe half strong and half filler. I almost never listen to it these days, and when I do, I cherry pick songs — usually just “Trust”, “A Secret Place”, and “Vortex”.

Risk had some issues, but I didn’t think it was significantly worse than Cryptic Writings. It had maybe 4 or 5 good songs on it. I’ll occasionally have “Insomnia” pop into my head and merit a listen, and the cheesy singles are at least pretty memorable cheesy singles.

But honestly, I’d rather listen to The System Has Failed or Endgame than Countdown, Cryptic, or Risk…

Cryptic Writings is great but definitely not as good as their 2004-2009 run. Risk on the other hand is Megadeth's weakest album imo. Wanderlust is a banger though.

"No warning? No second chance?"

Always good to see Dave being empathetic and applying his own negative experiences as a mold for how to act in similar situations... And he didn't even buy Ellefson a return bus ticket! Lars was nicer. 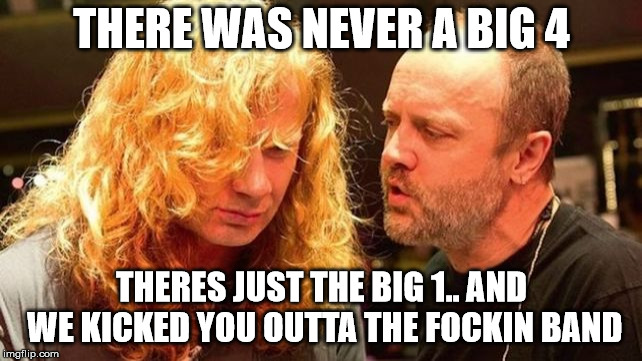 As Ellefson said when he came back to the band. He turned in a employer not as a member like in the past. And he's been fired now. 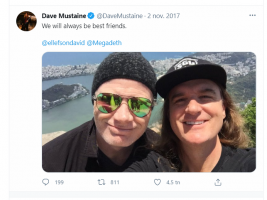 Always good to see Dave being empathetic and applying his own negative experiences as a mold for how to act in similar situations... And he didn't even buy Ellefson a return bus ticket! Lars was nicer.

Is the big1 the Ellefson's big gun Lars?

According to Mustaine, you cannot rock out with your cock out!

He would probably not be covering this song.

Mosh said:
I mean, he’s also the only one that matters. Do people really care that much about who’s playing bass in Megadeth? If you’ve stuck with them this long you’re probably ride or die for Mustaine.
Click to expand...

Exactly. Two of my top 6 albums are without Ellefson (Endgame #3 and The System Has Failed #6). So...

I hate to say it, but the bass in general is very easy to overlook. Few bands bother to have good enough mixes where you can actually hear it, and live... Unless you're Iron Maiden, no one cares about the poor basss player.

Onhell said:
Unless you're Iron Maiden, no one cares about the poor bass player.
Click to expand... 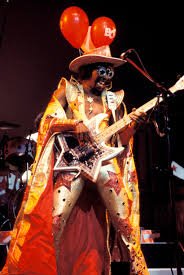 Kind of predictable how it turned out. On the other hand, if Mustaine didn't have his head in the clouds this could've gone much smoother. First, I didn't see anybody raising charges against Ellefson, so this would've probably die out on its own (unlike now where Ellefson is raising charges). He would've probably been a target of a few jokes on next Megadeth tour or something, but that would've been it.

What was really a low point was putting a "strained relationship" in the statement. I've heard some things that Dave doesn't approve Ellefson putting his name on a lot of product and in that way connecting it with Megadeth, but come on! If that relationship was strained, they wouldn't spend time together in the studio recording new albums. Thumb down.

Staff member
Pretty sure there's a legal reason for a statement like this. By now, there will be no official announcement from a major band that doesn't go through lawyer approval processes. It has nothing to do with what Mustaine actually thinks.

I just think, if this was me, I’d probably do the same. Dave is one of the most well-known rockstar Christians and Ellefson is a flipping pastor. Seeing him break the seventh commandment, thereby removing any façade that he had formed around his image, would make me question if I ever really knew my buddy, my bandmate, and it certainly would make working with him hard going forward. So I really don’t blame him in this.