The_7th_one said:
I think LA is sold out
Click to expand...

Anyone else here going to the LA show tomorrow? Could "tailgate" during Raven Age.

hahahaha: Run, live to fly, fly to live that song with the green airplane flying above the stage! Yeah... oh be Jeez!

"That song with the green airplane flying above the stage, my friends! Welcome to The Legacy of the Beast!"

Maiden Vegas TONIGHT!
Trooper pre-party at Hard Rock Cafe at 4!
Come up and say hi, I'll be the guy in the black Iron Maiden tshirt.

Lotb has also somę moments that you'd likę to forget. Like this one

Meliegree said:
Lotb has also somę moments that you'd likę to forget. Like this one

Meliegree said:
Lotb has also somę moments that you'd likę to forget. Like this one

Had he spotted Barry McKay in the audience?

4 songs into The Raven Age. Hope it never ends! 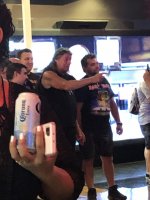 Staff member
I will say this: raven age is marginally better than last time.

Staff member
BTW Maiden was fantastic. They indeed got me no matter how far

Collin had a great time. Adrian pointed at me during Iron Maiden, then tried to throw a wrist band, it fell short. A drunk guy in front of me took his shirt off and then did a Scottish dance during The Clansman, then he tried to rush the stage and was promptly removed.

Ghost of the Navigator

Does anyone have a +1 for the Dallas FTTB?

Was there an event shirt for last night?

Lealman83 said:
Was there an event shirt for last night?
Click to expand...

Must be a 2-cd set of remixes of "The Trooper" and "Wrathchild", one CD each... well, that's the pessimist in me talking. Somehow, I wish we will get the new album before Christmans!

Spent Raven Age drinking whiskey and watching a Mexican soccer match in the Skyy Lounge. Was a little worried about having upper balcony seats, but the MGM Grand is so intimate, I was really happy with my spot. It was more like a lower balcony seat in a big arena, and the sound was fantastic. Thought the show itself was amazing. Beautiful sets, great energy from the band. Wish there had been a Vegas shirt, though. Maybe next time... which, if Bruce can be believed, shouldn't be too far off in the future.

I know where I had seen that before: 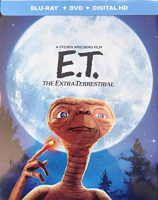