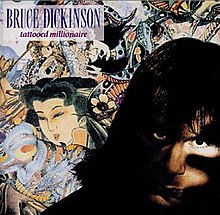 With only songs composed all by him.

Janick can play the solo the same way as Adrian do it(on the studio too), but he likes to play different things every time. Yeah, Adrian is a magical guitarist, but still.... here are two great Adrian solos done by Janick very good, in the 90's:

I liked his Powerslave solo too.

TheTalisman said:
I liked his Powerslave solo too.

Wow, fantastic version of the solo from Janick ! Never heard it before. It was strange that when the reunion happened and they became 6 members, they also played 3 concerts with 5 of them - I guess this is not going to happen ever again, the only exception was that reunion tour.

On a related note, here says that on one of the concerts during The Ed Hunter Tour, Dave did not play any solos? ->

Unfortunately no bootleg of this highly interesting concert. If that would be true I wonder why they did not cancel that one either. Or else the other cancelled gig could have gone on as well.

Can you imagine: Dave's solos done by Adrian and/or Janick.

Just as an intersting tidbit for anyone who is unaware, Dave broke his finger when he fell off Bruce's shoulders during the number of the beast, which is why that pantomime bit is no longer done.

Although, I suspect it would have been dropped by this stage anyway even if Dave never fell off!

Forostar said:
Can you imagine: Dave's solos done by Adrian and/or Janick.
Click to expand...

Actually, Dave's solo by Adrian has happened before:

TheTalisman said:
I liked his Powerslave solo too.

good solo close enough to the original and he's obviously not had too long to learn it, he's just so familar with the tune that he can improv it real well, which is a tribute to both himself and how memorable the original solo is.

I love the harmony part, it sounds like they are playing the parts they would play in the 3 part harmony but there's only two guitarists

srfc said:
Just as an intersting tidbit for anyone who is unaware, Dave broke his finger when he fell off Bruce's shoulders during the number of the beast, which is why that pantomime bit is no longer done.
Click to expand...


srfc said:
Although, I suspect it would have been dropped by this stage anyway even if Dave never fell off!
Click to expand...

Back when Bruce was doing the BBC 6 Music Rock Show, one listener asked Bruce why he was no longer carrying Davey around on his shoulders. Bruce replied that Davey was not as light as he used to be!

Suddenly realizing how apt that venerable name is for Janick.

No Lady Histeria involved I hope.

Okay, whatever. His name also rhymes with "panic" - do you think that's apt too?

As in "a tribute to the ancient god, Pan."? Dunno, but he does prance a lot.

Cool and on fire at the same time? That's what I call multi-tasking

Black Abyss Babe said:
Cool and on fire at the same time? That's what I call multi-tasking

Janick is just a quick at switching from one to another.

Staff member
This is Teesside by night. They're flaring off something nasty at the chemical plant.

Tormé was very important to another Bruce Dickinson guitarist as well: Myke Gray was invited by Tormé to play with him at the London Marquee club at the age of 12.

Another Maiden connection: Tormé worked with Dee Snider and Clive Burr on the ill-fated Desperado.

And another one: he also played with Maiden's first drummer Ron Rebel!

= = = = = = =
http://dmme.net/interviews/torme1.html
– Janick Gers was your replacement in the band. Having seen your photographs with him I guess you’re friends. So was it you who pulled him in?
No, it was McCoy, though I still see Janick occasionally, and count him as a friend. 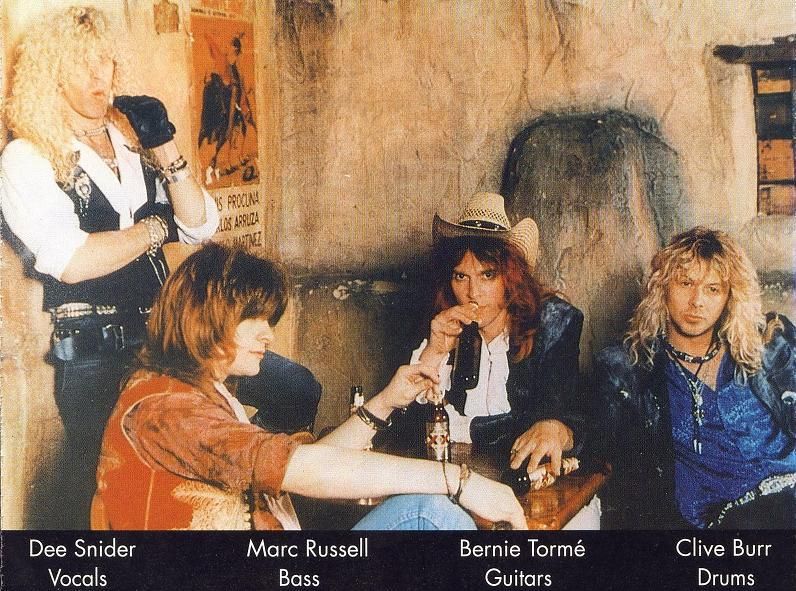 @Forostar, you forgot to mention that Bernie also played for quite some time in a power trio with McCoy and Robin Guy, who was the drummer of Bruce Dickinson's solo band in 2002.
You must log in or register to reply here.
Share:
Facebook Twitter Reddit Pinterest Tumblr WhatsApp Email Link
Top