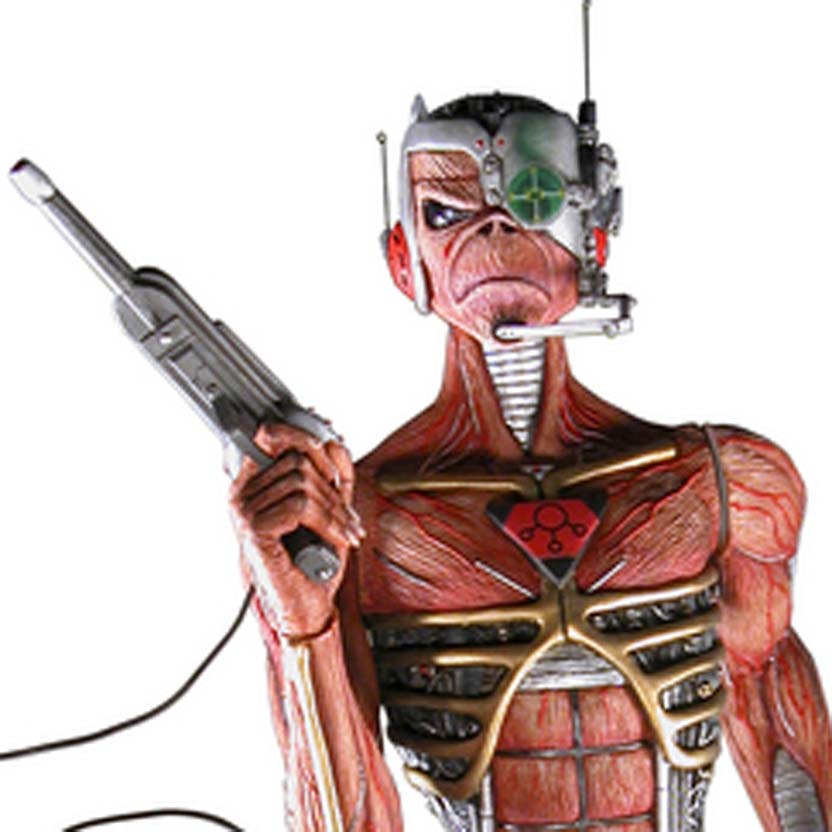 I'm fine with whichever album advances, but Ride the Lightning is definitely the better album.

I stand by my vote for Metallica here.

What are we, but men without eyes?

You all should have been here yesterday when I listened to SiT, maybe you'd remember why it deserves the win:

Drums, bass, the production... The best solos in the entire discography! The bridge of Sea of Madness! Oh oh ohs in Heaven Can Wait!

"wE AlL sHaLl DiE", this line is more cringe than any growler or shrieker I've heard. I'm serious. If there was a song I'd dismiss based on vocals, it's FFWF.

Fourteen traitors and a bottle of rum

Shmoolikipod said:
"wE AlL sHaLl DiE", this line is more cringe than any growler or shrieker I've heard. I'm serious. If there was a song I'd dismiss based on vocals, it's FFWF.
Click to expand...

Bell Tolls I don't listen to any more, too overplayed, we did that in cover bands when I was 16-17 and I got enough of that song.

Fade To Black is a great song, I'm not a ballad guy.

It's a good album, it doesn't hold a candle to best metal albums. Good vocal melodies in one song (FTB ) doesn't redeem the shitty vocal lines all over the album. Although the album's low point aren't really bad, Creeping Death is the only 10/10 there.

Magnus said:
’Non-extreme metal’ sounds a bit like ‘The Party of Moderate Progress Within the Bounds of the Law’, doesn’t it?
Click to expand...

After much deliberation and zero listening to Slayer, I'm votin Maiden and Ozzy. I actively enjoy both albums so this is not a total Anyone But Slayer vote. Although it kinda is.
Also, some good trolling, Diesel, well played.

SIT down Ride the Lightning

I went with RTL. Not an easy choice. SiT is a great album, with as somebody mentioned, awesome solos and production, but overall song quality is where Metallica gets the edge for me. Maiden's 80's output is quite productive in the sense of a high number of albums, versatile and of very high quality throughout - But some bands' output peaks slightly higher (i.e. Metallica's RTL and MoP, QR's Mindcrime, Priest's Painkiller etc) than most of Maiden's output.

Maiden might be my number one band, together with Priest, but it doesn't necessarily mean there aren't albums I care for even more than some of Maiden's best work.
Last edited: May 1, 2021

I voted for the best metal album of all time.

Somewhere In Time just to facilitate a Super Draw

KidInTheDark666 said:
I voted for the best metal album of all time.
Click to expand...

That’s weird, cause Rust In Peace isn’t even in this round.

I also don’t see Master of Puppets or Seventh Son of a Seventh Son either, though it is easy to get confused because both bands are represented.

For a second I thought you might be talking about Symbol of Salvation or Still Life or Heaven and Hell or The Odyssey or Images and Words, but those seem to have gone into hiding for some mysterious reason.

MrKnickerbocker said:
That’s weird, cause Rust In Peace isn’t even in this round.

I also don’t see Master of Puppets or Seventh Son of a Seventh Son either, though it is easy to get confused because both bands are represented.

For a second I thought you might be talking about Symbol of Salvation or Still Life or Heaven and Hell or The Odyssey or Images and Words, but those seem to have gone into hiding for some mysterious reason.
Click to expand...

Your bit was workin til ye brought Dream Theater into it

Niall Kielt said:
Your bit was workin til ye brought Dream Theater into it
Click to expand...

That’s true, it’s not even funny how much better Images and Words is compared to SIT.

Staff member
I just realized I forgot to slap an end time on this, so I'll fix that.

Here's something that's a bit off-topic, but then again not.

Metallica is more miss than hit with naming their albums. There.

Kill 'Em All, OK, they were all teens, and it was a joke Cliff said, and they had a good laugh and then went with it. For a debut album from an unknown band, why not? But then they did the same thing 30 years later with Hardwired... To Self-Destruct. It's just too damn juvenile for a band with that reputation.

Ride the Lightning is OK-ish, but it doesn't quite catch your (or mine) attention like the next one - Master of Puppets. In my case, when somebody mentions that album, that song immediately pops into my head, just like when somebody mentions RTL (not the TV station) and while it is a good song, the majority of the rest is better (and time told us - more famous and appreciated). It doesn't quite catch that aggressiveness that the rest of the album has, or that doom atmosphere, darkness, whatever... Now it's impossible to think of a different name for that album, so we all kind of go along with it, but I think it would fare much better if it was named after any other song on the album (even The Call of Chtullu had this macabre feel).

I like ...And Justice For All and I think the name is spot-on because it suggests this different, much "proggier" approach that the albums is known for (except for the lack of bass). But the next one... A huge thumb down from me for the band who make Self-titled album much later in their career. In my opinion they either:
a) show lack of creativity. Honestly, if you're a professional musician and can't think anything better to sum up your most recent work than that's just laziness.
b) don't think that any song on the album is strong enough to stand on its own.
And that cover is just... So. Effin. Dumb. I realize that they wanted to make an opposite of The Beatles' White Album but every time (EVERY TIME!) it reminds me on Spinal Tap sketch that was released 7 years before that.

I was a hormone-raging teen whom you could sell anything when St. Anger came out and even then I thought the title itself is cringworthy, IDK like thinking you can make a redneck classy by just dressing him in a tuxedo. I love the Death Magnetic (the album) but the title is just awkward. Maybe because I'm used to reading adjective before nouns but if it was the other was around, it would remind me too much of Megadeth. We all know what to think about the cover on that one, tho.

When the line is drawn, that's 6 thumbs down and 4 thumbs up (and even 2 of those 4 are shaky).
Again, I'm talking only about naming the albums (and a bit or two about covers.)

MrKnickerbocker said:
That’s true, it’s not even funny how much better Images and Words is compared to SIT.
Click to expand...

I almost wish I liked the old DT, gods know ive tried over a good few years but they just dont click, literally the first 15 secs of SIT is better value for me that DTs whole career. I find DT stale and lifeless and more than a bit irritating. I respect the opinion of fuckers on here that adore them and I should like them, on paper, but as it is, I wish I had 2 more hands so I could give them guys 4 thumbs down.
You must log in or register to reply here.
Share:
Facebook Twitter Reddit Pinterest Tumblr WhatsApp Email Share Link
Top