Staff member
On one hand, a S to me is equivalent to 10/10. Very few bands have four 10/10 albums from me. On the other hand, the gulf between their best and worst albums is pretty large. I consider DT my second favorite rock band after Maiden, but they have a ton of average albums. That being said, most of those albums have at least a few tracks I absolutely love and are often satisfactory listens.

I'd put DT in a similar category to my recent experiences with Judas Priest: some absolutely stellar, amazing songs, but only a few great (or perfect) albums. I'd say DT hits higher marks for me (I&W is a 10/10 and TOT/Scenes aren't far behind whereas Priest's best albums still have some mediocre tracks).

Well, here's my tier list. This one should actually be pretty definitive, all things considered.

I made one too

Staff member
I will admit I adore the random letter selections.

LooseCannon said:
I will admit I adore the random letter selections.
Click to expand...

Hey you non-DT fan, get out!

1 hour until DT starts and I'm in the second row. Hopefully Labrie doesn't suck too bad.

You better catch a pick from Jesus Petrucci.

Collin said:
You better catch a pick from Jesus Petrucci.
Click to expand...

I'm not sure I've ever seen him throwing picks.

Black Wizard said:
I'm not sure I've ever seen him throwing picks.
Click to expand...

I would think he would, though DT is the one band I haven't seen so I don't know.

Staff member
I have a Petrucci pick, but it was given to me by a friend of mine who worked crew after their show. It's not the same as the type of picks Petrucci actually plays with, so I have to imagine they're only there to be thrown/given to fans.

He hasn't done it the last couple of times I've seen them.

He didn't throw any picks. 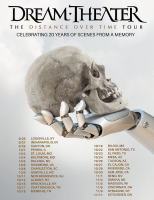 Why the fuck can’t they play the PNW?