I read Sweden is set to receive the first batches of updated Pfizer vaccines (modified to combat the known variants) in September/October. No word on quantities though.

Brigantium said:
Also this isn't flu, it's a lot more difficult to model and understanding is still limited. There's a big risk that new variants could keep undoing the vaccine and treatment protections and keep this running a lot further into the future.
Click to expand...

Not to mention the issue of long COVID. 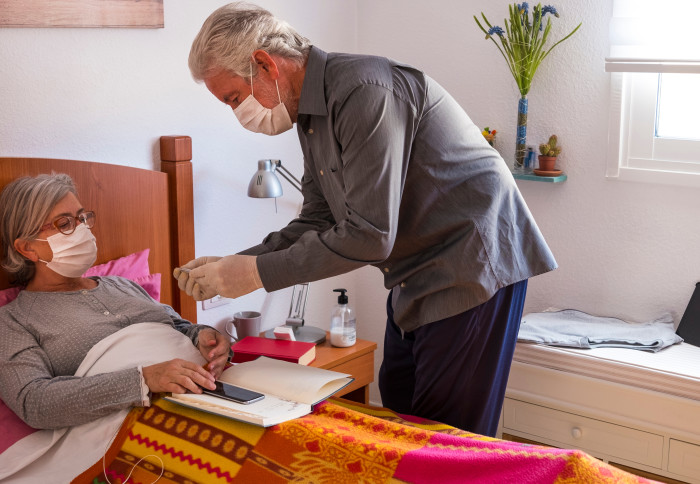 A study of over half a million adults in England found that one in 20 had persistent COVID-19 symptoms.

As far as I am aware, there is nothing like long flu. Someone should tell Sajid Javid this...

Staff member
Just got my Johnson & Johnson jab. In two weeks I will be free!

Got my first shot of Pfizer-Biontech a few weeks ago. Nurse was really worried I'd pass out as I was tense, but really I was fine.

Perun said:
Just got my Johnson & Johnson jab. In two weeks I will be free!
Click to expand...

I'm glad for you, but the protection for long covid is not that well.

Things have been going wrong here in the Netherlands. The Minister lured students into having a vaccine by saying "dansen met Janssen" (dancing with Johnson), and people went wild, partying right after the jab, way too early. Additionally, there was bad access control in nightclubs. People faking tests etcetera. Numbers went up way faster than (the government) expected. Result: 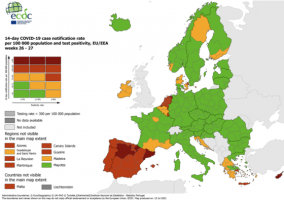 Forostar said:
I'm glad for you, but the protection for long covid is not that well.

Things have been going wrong here in the Netherlands. The Minister lured students into having a vaccine by saying "dansen met Janssen" (dancing with Johnson), and people went wild, partying right after the jab, way too early. Additionally, there was bad access control in nightclubs. People faking tests etcetera. Numbers went up way faster than (the government) expected. Result:

That's hardly the fault of the vaccine though, is it? Full protection applies only 14 days after the jab, you're told at every opportunity.

Agreed. The biggest problem is their own behaviour/ignorance.

Staff member
Some of the numbers from the USA suggest that Janssen maintains its protective nature against Delta, so I think it's probably still fine. I am glad I got two doses of mRNA, personally. I want the greater protection.

Staff member
Yikes. And people wonder why I don't go out much. I live in one of the top four local authorities, all but one of these areas is close to here:

Seven areas of the UK are coronavirus hotspots where more than one in 100 people have the virus, new data show.

The government’s latest statistics, for the seven days up to Thursday, show seven areas – all in or near the North East of England – have case rates of more than 1,000 per 100,000 people.

Also 96 deaths registered today nationally, quite a jump from the 30 or so per day a week ago.
D

Perun said:
That's hardly the fault of the vaccine though, is it? Full protection applies only 14 days after the jab, you're told at every opportunity.
Click to expand...

I maybe a layman and looking at the completely wrong direction, but there is something as 'viral quantity'. If the environment (lack of ventilation and distance) gets loaded with viral particles, is there still a chance for the immunity to get overloaded?

When I was a kid i had a GF who contracted mononucleosis. After a couple of weeks we had a non-restrained moment. I visited my doctor after a few days when I started having mild headaches, she sent me to diags, and when diags returned she told me I was an idiot for doing this but a lucky idiot because the exposure wasn't enough and immunity did the job.

Sure you can look at it - if everyone's jabbed, then virus doesn't have hosts where it can multiply rampantly. That's all ok but as Forostar says there have been forgeries, or just leniency in checks. I think if you have a couple of contagious people in a separe in a club, the entire corner could be exposed to high viral environment. I'm also not educated on the issue enough, but one would say the vaccine stacks up on the immunity power you already have? If that's the issue, then we could have flukes in the statistic. Because the virus spreads fast due to the very low 'sanitation' standard the public had but also due to low public health. I would like to be proven wrong here, but I think that work is not going to be complete if conditions that made the virus thrive just remain the same, but with vaccinated people.

Staff member
It's exactly this that bothers me about vaccine escape. There were some observations made last summer that the death rate in the UK dropped extremely low, despite restrictions easing, and a local ICU consultant who writes a blog was among those talking about the idea that because of factors like open windows and people meeting outdoors more, people who caught covid got a 'glancing blow' rather than an absolute lungful of the stuff like they did in indoor spaces in colder weather.

Of course others thought it was some sort of herd immunity or the virus becoming weaker.

It's all very well saying how many deaths and hospitalisations have been prevented so far by a partly-completed vaccination programme when that's against a backdrop of quite strict restrictions with social distancing and masks. Nobody knows how well the vaccines will hold up in a packed rush hour tube train with ten infectious people among those crammed into it.

If Delta really is far more infectious than previous variants, it could take a much smaller aerosol dose to give someone a symptomatic infection and pass it on. I don't think any of the vaccines are performing as well as they did against the earlier variants. Worryingly, Israel recently suggested that one of the mRNA ones was down to about 64% effective against Delta. The US' dramatic reduction in case numbers is very hopeful, although that hasn't been fully tested by Delta yet.

Vaccines are definitely helping matters, but as the WHO keeps saying, they're not the answer on their own. Breaking down chains of transmission has to be done in other ways too in the short term, to get the most benefit from vaccines programmes.


Zare said:
When I was a kid i had a GF who contracted mononucleosis.
Click to expand...

There was an outbreak of this at my further education college 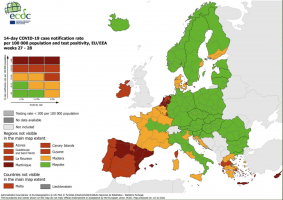 Has anybody found data about what percentage in Great Britain was vaccinated with Astra Zenica vs Pfizer/Moderna etc?
Only thing I've found is order quantities. 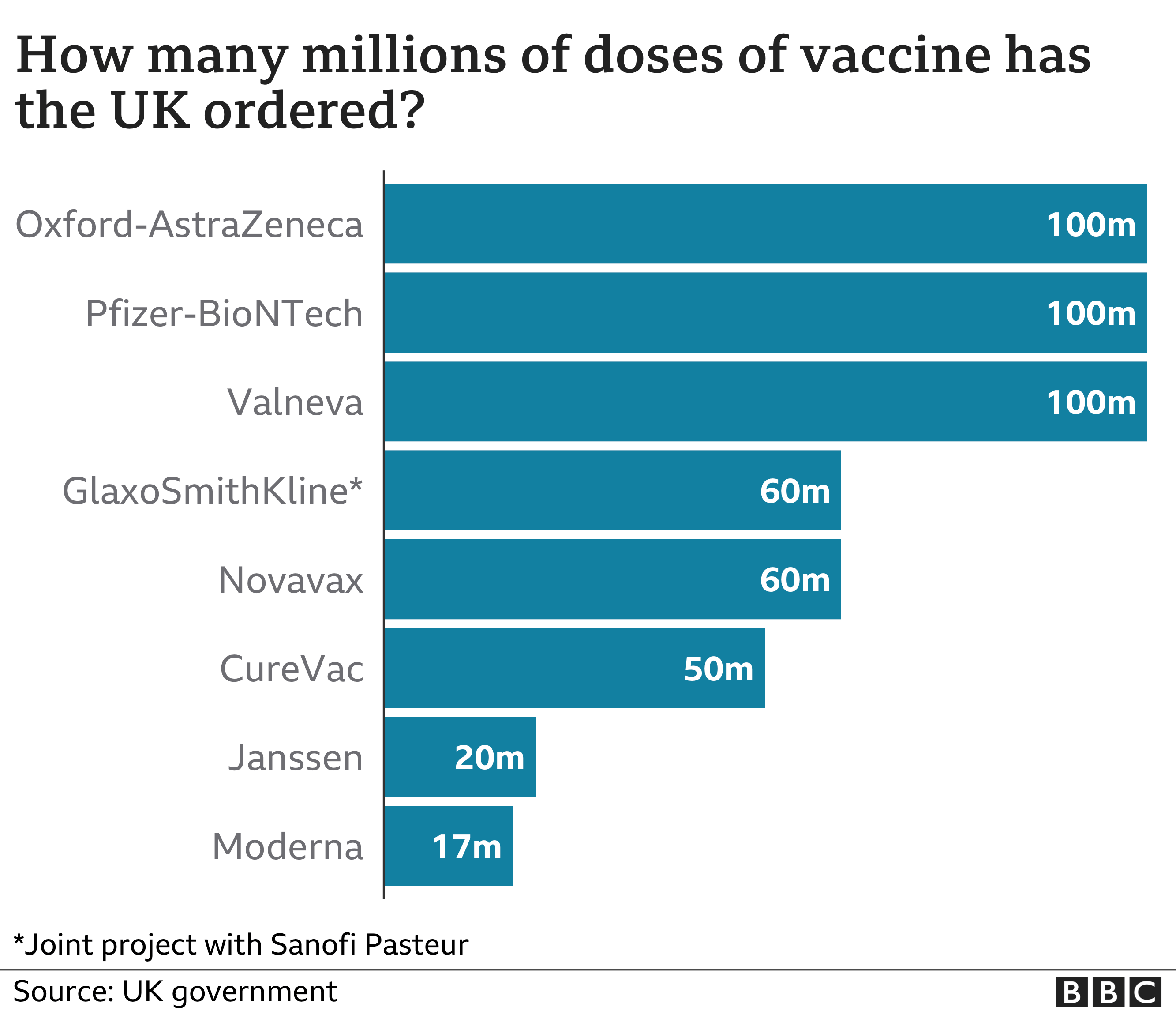 Staff member
If you fancy researching population stats and doing the maths:
- an estimated 88% of the population has now had at least one dose of a vaccine
- an estimated 70.3 per cent of the population has had both doses of a vaccine, you become eligible for a second 8 weeks after the first
- Pfizer was licensed first in December, and the top priority groups were over 75s and healthcare workers. I *think* most over 75s got Pfizer, and all healthcare professionals I've heard talk about it got Pfizer
- Astra Zeneca vaccination started in Jan/Feb and were then given to over 40s and 18-65 year olds classed as clinically extremely vulnerable, plus people with assorted other health conditions than made them vunerable. My parents (early 70s) were given AZ, and they got their first jab in Feb, Pfizer didn't seem to be used much for a couple of months after that
- Pfizer and now Moderna are the only vaccines currently offered to under 40s, and to a small percentage of people who couldn't have the AZ one, Vaccination of the wider population aged under 40 started in June
- Pfizer is/will be offered to 12-18 year olds with certain health conditions

The others aren't in general use yet, as far as I know, only trials. I've read that J&J is most likely to be the one offered as a booster to the most vulnerable people in the autumn. Which is a bit of a shame, I would have thought that giving a mRNA vaccine as a booster could be a plan, but they're mostly reserved for younger people. They're being a little bit quiet at the moment about comparing and contrasting vaccines, which isn't a surprise while the vaccination drive is still going on and they don't want to put anyone off. If you're over 40 you'll almost certainly get AZ, if you're under 40 you'll almost certainly get Pfizer or Moderna.

Anyway, things are looking a bit more hopeful right now. The sharp increase in cases hasn't continued, case numbers now seem to be dropping (although hospitalisations and deaths are going up, likely based on infections 2-3 weeks ago). I'd like to be more hopeful about vaccines, but I wouldn't rule out the schools being on summer break and a lot of people being away on holiday (so not crammed into town centre shops and workplaces) having a major effect too. The numbers of covid tests have also noticeably gone down, not entirely sure why - fewer people with symptoms, people not wanting a test result to ruin their holiday, or less of the LFT monitoring that was done around schools and workplaces. There's another variant being monitored at the moment too, one that was first detected in Columbia and has mostly been seen in the US to date.

Staff member
Quebec just launched a vaccine lottery, with a chance to win 150k for getting one shot or a chance to win 1 million for 2. Hopefully lots of people get shots as a result. But Quebec also has a stick - they have already announced that if there is a fourth wave, they will require vaccine passports for entrance to non-essential businesses.

I think this is the correct way about it. 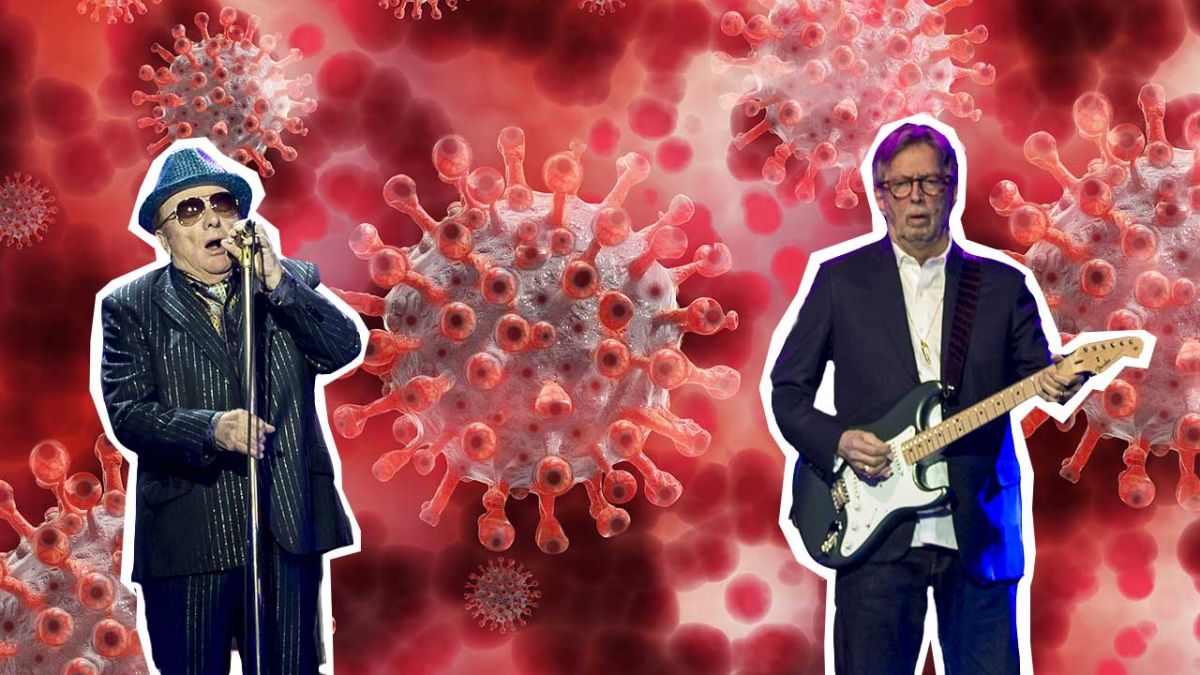 Eric Clapton and Van Morrison are among a number of rock stars who've loudly touted Covid-sceptic and anti-vaxx sentiments since the pandemic arrived. Here we ask: does rock have a Covid conspiracy problem?

Imagine the physical quantity, e.g. kilograms of substances that never went through any real laboratory control that he put directly in his bloodstream throughout his lifetime.

Imagine the physical quantity, e.g. kilograms of substances that never went through any real laboratory control that he put directly in his bloodstream throughout his lifetime.
Click to expand...

It is beyond ridiculous, isn't it? Eric Clapton is such a contemptible muppet.

Staff member
I read a lot of things about Eric Clapton today I'd rather not have known about him, honestly...
D

GhostofCain said:
It is beyond ridiculous, isn't it? Eric Clapton is such a contemptible muppet.
Click to expand...

I wrote that before seeing the article, and wasn't surprised to see same thing in article, it's not low hanging fruit it's a fucking watermelon. And he's so brain dead he can't even see that he put it there.


Perun said:
I read a lot of things about Eric Clapton today I'd rather not have known about him, honestly...
Click to expand...