Hot on the heels of Ebola and Zika as the latest global pandemic, Coronavirus (or COVID-19) has already caused mass hysteria and panic. So far there have been 1,775 confimed deaths from and 71,449 confimed cases of the virus. Only one death has occurred outside of Asia - in France, a Chinese tourist from Hubei province where it all started.

Since the virus started spreading on a large scale the Chinese authorities appear - outwardly - to have done a good job of containing the spread of the virus with quarantines and curfews in Wuhan. However, the regional government in Hubei were initially very slow to react and ignored warnings from a doctor who had treated patients with symptoms very similar to SARS. Thanks, China.

There have been nine confimed cases in the UK but the first eight people to have been diagnosed have now been released from hospital after testing negative twice.

Yeah, I think Chinese authorities have done a good job putting limits in that zone but it's a bit scary at the same time. Perhaps they can control people but can they control animals? I mean, all the birds that migrating to another areas of the world…Maybe they could spread the disease (I didn't want to mention the Anthrax album lol) to India or Africa other countries without that capacity of putting limits with much more people or even infecting other animals and it could be very difficult to break the chain. I don't know.

Staff member
Hope it all resolves soon so that I can move to China.

It is really sad how many have died from it so far. You can get many many updates on it here:

Threats from nature can be more devastating than threats from Mankind. Here is where you can talk about them.

Eh, it's a Chinese problem as far as I'm concerned. in a country of 1.3 BILLION people, 71K cases and less than 2K deaths is a drop in the bucket. They'll be fine, we'll be fine, it's all fine.

The U.S flu is a bigger threat to North America at the moment... that's MY concern. Dengue was a bigger concern here in Mexico. Soooo.... I have enough diseases to worry about to add a practically non-existant threat.

Checked it. It’s an Internet forum operating on xenforo. Some anti government rhetoric so you’ll probably be placed on some sort of watchlist.

Collin said:
Checked it. It’s an Internet forum operating on xenforo. Some anti government rhetoric so you’ll probably be placed on some sort of watchlist.
Click to expand...

I guess I'm fucked then.

Eh, we're all on some watchlist. You guys seriously think the government stopped because of Edward Snowden? There's a reason he's hiding in Russia and will be tried for treason if he ever comes back. There's a reason Julien Asange was extradited from the U.K and is facing charges. Big Brother IS watching... always.

Not heard this band before. Anyone got any album recommendations?

Death by Vomiting is one of my favorites. a bit dated, too 80's trash, but it holds up

Staff member
It's starting to sound like another swine flu to me. Some of the backlash against Asians has been horrible, though.

Night Prowler said:
Hope it all resolves soon so that I can move to China.
Click to expand...

You'll move to China? Where?

Several sources reported the doctor in charge of the investigation is dead... From coronavirus. Bro was ride or die til the end. Lived by the virus died by the virus. Nietzsche would be proud.

To one of the cities most likely.

China is a big place Black Wizzard! Many provinces and many hours of flight to go from one end to the other.
It's like someone says I'm going to Europe, or USA.

______no5 said:
China is a big place Black Wizzard! Many provinces and many hours of flight to go from one end to the other.
It's like someone says I'm going to Europe, or USA.
Click to expand...

Huh, I've always been told it's a small world after all 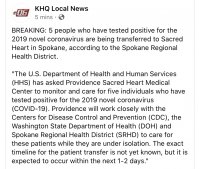 Nice knowing you all.