Sorry for the double post but I wanted to say that I finally listened to Primal Rock Rebellion Awoken Broken and the verdict.....I loved it! Thanks to everyone who said I should take a listen .

I was a bit weary of it at first though because of the first song No Friendly Neighbour. The vocals were a bit intense for me in that song. The was too much screaming with that one which I'm not big fan of but I thought that its only the first song and you shouldn't judge an album based on the first song so I continued on and I was pleasantly surprised! But then it got to As Tears Come Falling From the Sky.... Lets just say I'll more than likely be skipping over that one or leaving it off my ipod

. It defintely caught me off guard when it came on. Its an interesting piece, I'll give it that much. Of course after that, the album finished out nicely. Adrian's guitar playing was amazing of course and even though I'm not familar with Mikee Goodman outside of this, I did like his singing overall. Happy to say that this album will become part of my collection in the near future

Staff member
Does anyone know where I can find the lyrics to Awoken Broken. Mikee has some great lyrical images but I can't understand everything he is singing and Google is not helping.

In the CD booklet.

Strange that they are difficult to find indeed.

I know I have problems to understand everything that Mikee sings but I didn't imagine it was so bad that even native speakers have troubles getting it.

Lyrics can be found here (very nice website, by the way):
http://forgottenrebel.webs.com/primalrockrebellion.htm
but I'm not sure they are accurate.

Ariana said:
Lyrics can be found here (very nice website, by the way):
http://forgottenrebel.webs.com/primalrockrebellion.htm
but I'm not sure they are accurate.
Click to expand...

I was just going to suggest that site because that's where I found them. You stole my thunder

That's what time difference does, you know.

The Flash said:
Number one. Easily.
Click to expand...

I think I agree. Off the top of my head the only thing that's even in the ballpark in terms of repeat plays is The Anarchist by Rush.

Staff member
I wouldn't agree. But then again, PRR was not really my cup of tea at all.

Not sure if you guys were aware but it looks like a video for Tortured Tone is to be released tomorrow 10/11/12 at 4pm GMT (or today for those in other time zones) on the Primal Rock Rebellion website. They have a teaser on facebook. I have a link below but not sure if it will work for those who don't have facebook. If not, then I'll try and find a better one or you can just wait till tomorrow to see the whole thing (which might be better anyway )

Ah, you were faster this time!

I almost fainted with excitement when I saw the teaser on Facebook!
M

I almost fell out of my chair when I saw it. I was just scrolling through my updates when suddenly video under Primal Rock Rebellion pops up and I'm like "Yay!!". Can't wait to see it
M

Well since you're on, Ariana, maybe you or someone here could help me with this. This has been driving me nuts for the past hour and I can't find any leads so I figured I'd bring it to the attention here:

I found these images of Adrian, clearly not Maiden but after. Looks like it was sometime during The Untouchables maybe? The pictures look like they are from a live tv performance or live recordered something or other. The other thing that kind of clued me in on it possibly being a tv thing was that it says "Super Channel" in the corner. I wanted to see if anyone here knew what it was from? I've tried searching for anything and everything and nothing seems to clue in on anything and nothing was coming up on YouTube either so I'm completely lost and its bugging me that I can't figure it out! My brain is starting to melt!

Yeah, me too. Looks awesome. The teaser, that is.

Edit: Honestly, I've spent ages trying to find where those images are from. They are certainly from the Untouchables era, somewhere in 1992 - 1993. The Untouchables used to make shows in the UK, so I guess there must be footage of at least one of them but I have been unable to find anything.

I am aware of the existence of a bootleg from a 1992 show but I have no clue if that was broadcast on TV. This is is: 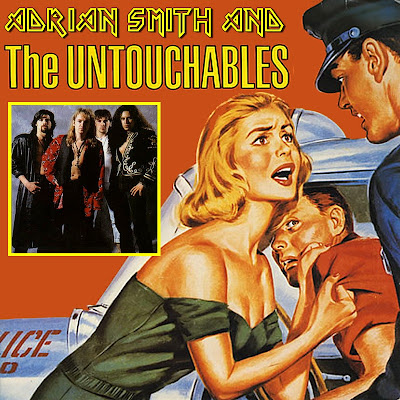 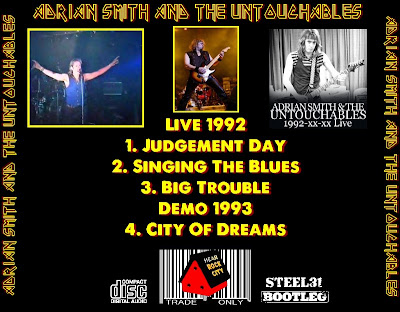 Oh no! You don't know either! It always seems that I try to find the unfindable things.

Well, if anyone else knows anything, we'd REALLY appreciate it.