Giuliani has extensive experience as a lawyer and, arguably, wasn't such a bad mayor of NYC.  However, I would certainly not believe that running NYC is anything similar to running the USA.  Giuliani obviously knows this, and that's why he continues to capitalize on his experience running a city in face of crisis.  Which is nice, and all, but you handle a federal emergency much differently to an urban emergency.  Policy-wise, he's not bad, but he clearly doesn't understand his voting base.

I find the candidates' views/ideas on various issues way more important than experience. However, I haven't read his ideas yet. I guess I should do that first to have a better image of him.

Views are nice, but experience has to mean something too.  Specifically, it tells us how good a candidate is at following through with his ideals.

If 'following through' is of concern, Rudy has some issues there!  I think they crack jokes about his frequent divorces.  However, I think of him as an 'also ran'.  I don't see much of a chance reaching many main-stream republicans.

@GK, you are welcome!  The Daily Show is something that I try to watch each day.  Sometimes its almost more revealing about political figures than any 'real' coverage!

Just wanted to let you know that Ron Paul won second place in both New Hampshire and Louisiana, and apparently the mainstream media haven't reported much about him...

I like Ron Paul's economic policies.  The fact that the conservatives do not consider him as a potential representative in the White House shows how far the right is from the ideals of capitalism.

I saw/read somewhere that the republicans are pretty scared of Ron Paul.  I think the disparity is due to the fact that he has ideals that are what many would consider 'pure' republican, but they feel that the 'purity' will not win the white house, and don't see him as a viable candidate for them.


gulranek said:
Just wanted to let you know that Ron Paul won second place in both New Hampshire and Louisiana, and apparently the mainstream media haven't reported much about him...
Click to expand...

Ron Paul won second place in the scarcely covered Nevada primary, coming in 35 points back of Mitt Romney, who won.

Paul was 5th in New Hampshire, finishing with 8% of the votes, behind McCain, Romney, Huckabee, and Giuliani.

Louisiana's Republican primary is not until February 9th, so it would have been very difficult for him to place 2nd there.


Forostar said:
I only wanted to stir up this topic a bit. I guess he has some experience.
Click to expand...

Actually, I meant the opposite -- Giuliani does not have much experience.  I guess I wasn't clear.

Ah, however he does seem to be adept at double-talk.  Which you can hear between the 9/11 stories.

Giuliani expects to be elected on his 9/11 experience and the fire department and other agencies have told him to go fuck him self if he thinks he "saved" ny singlehandedly.

Ron Paul won second place in the scarcely covered Nevada primary, coming in 35 points back of Mitt Romney, who won.

Paul was 5th in New Hampshire, finishing with 8% of the votes, behind McCain, Romney, Huckabee, and Giuliani.

Louisiana's Republican primary is not until February 9th, so it would have been very difficult for him to place 2nd there.
Click to expand...

What do you mean by second in the number of delegates?  Louisiana hasn't selected any delegates yet.

Regardless, Ron Paul isn't a contender.  One second place finish in a barely covered state doesn't do him any good.  It wasn't even a close race. He's got a powerful grassroots campaign, but it's not translating into votes, and it won't translate into votes.
A

Jesus f*cking Christ, why do these elections have to be so bloody complicated?

Because you touch yourself at night.
A 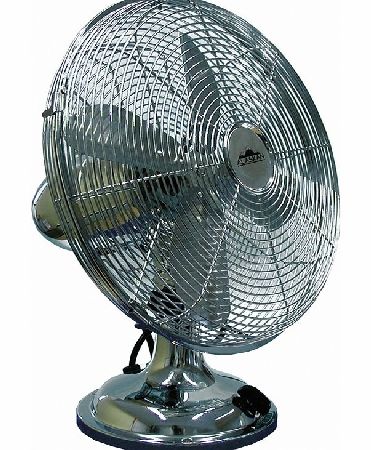 I'm a fan of Mom, Apple Pie and Sour-Mash... not that anyone cares.

And it is almost getting hard to listen to; 'the black vote makes SC not a true test of Hilary's true position in the polls'.  Every other news source using the term 'race card'.  Too bad its not just 'Americans voting for their choice'.  --but thats a lot to ask for.

The race card is a story that can be easily played by the media to attract attention.  Look at how they've been pushing it, when Bill Clinton has said nothing more than, well, what seems obvious to me.

To be fair, it'd be almost impossible for a Democratic winner candidate in SC to not have the majority black vote, considering a majority of Democrats in South Carolina are black.  And isn't it callous to suggest that SC doesn't count as much because the folks there are black?  Are black people still only 3/5ths of a person?!
You must log in or register to reply here.
Share:
Facebook Twitter Reddit Pinterest Tumblr WhatsApp Email Share Link
Top