The Legend of the CHEESEVIVÖR - INCORRUPTIBLE BATTALION BATTLES 5&6 (Updated 06.12.20)

Thank you for joining this epic crusade for Truth and Metal. The CHEESEVIVÖR shall return!
Click to expand...

And here it is again!

The object of this epic is to determine which is the cheesiest band in the world, and which others are just a sad bunch of poseurs.

The CHEESEVIVÖR works like the Football World Cup. There are 32 bands competing in a total of 64 matches (battles). In each of these matches, people are asked to vote for their FAVOURITE band.

Bands begin the tournament in eight groups (battalions) of four bands each. Each band in the individual groups will be pitched against each other once. The two bands with the highest scores in the group will be promoted to the next stage of the tournament. The other two will be dressed up in crackerjack clothes and be politely asked to leave the hall.

Ideally, whoever will ascend to the next stage will be decided by the who wins the most matches in the group stage. IF THERE IS A TIE between second and third place, the amount of votes received will decide. If this does not break the tie, a tiebreaker match will be played between the two bands. If there is still a tie, the amount of spikes on the gear worn by the bands on their promo photos decides.

The next stage is what whimps and poseurs call the Round of 16, but I prefer to call the Death Match Phase. The bands will be jumbled and pitched at each other randomly. However, no two bands previously in one group will compete again at this stage. It then goes on to quarter and semi finals, the third place playoff and the finals, just as in the Football World Cup.


What to vote for

There will always be one-on-one matches, two a day up to the semifinals. You are supposed to vote for the band you want to win, unlike most other survivors. The official question asked is "Which band is cheesier?".

Each match will feature a round of new songs via YouTube link, i.e. no song will appear twice in the tournament. There is no guarantee on that however: for instance, a few bands could technically reach the finals and had a rematch every time in the knockout stage, and simply run out of unique songs.

This is supposed to keep the survivor interesting for a prolonged period of time. You are asked to listen to each song pitched in a match, because it is unlikely that you will know them all. The songs should ideally influence a member's voting decision.
The idea behind this is also to get some new music exposed here, so each match will have two songs that most of you will likely not yet have heard yet. Many of these bands are very obscure, and cheesier than you can imagine. I also want a bit of suspense at the beginning, so the individual bands participating will only be revealed as the game proceeds. Keep watching this post to keep an overview.

Seeing how this crusade is in fact an epic battle against the evil plague known as Covid-19 and we all expect to sit in front of our computers a long time, I will not have strict rules on how long a match will remain open. Right now, I'm aiming for two days, but if it turns out that all voting potential is exhausted after a day, I might update daily.
Last edited: Dec 6, 2020

Staff member
Beast in Black - Die by the Blade
This band is what happens when Finns, Hungarians and Greeks gather together in their appropriation of appreciation for Japanese comic book culture and 80's popular music and decide, for some reason, to make heavy metal out of all this. They are seriously amping up the WTF factor, and are actually quite successful with it!


Deep Sun - Worship the Warship
Championing against the terrors of digitalisation and the loss of our privacy, Deep Sun are one of those bands who keep coming close to making sense without ever actually doing so. Why we are to worship warships remains unclear, but hey... it makes for a bloody good song title. 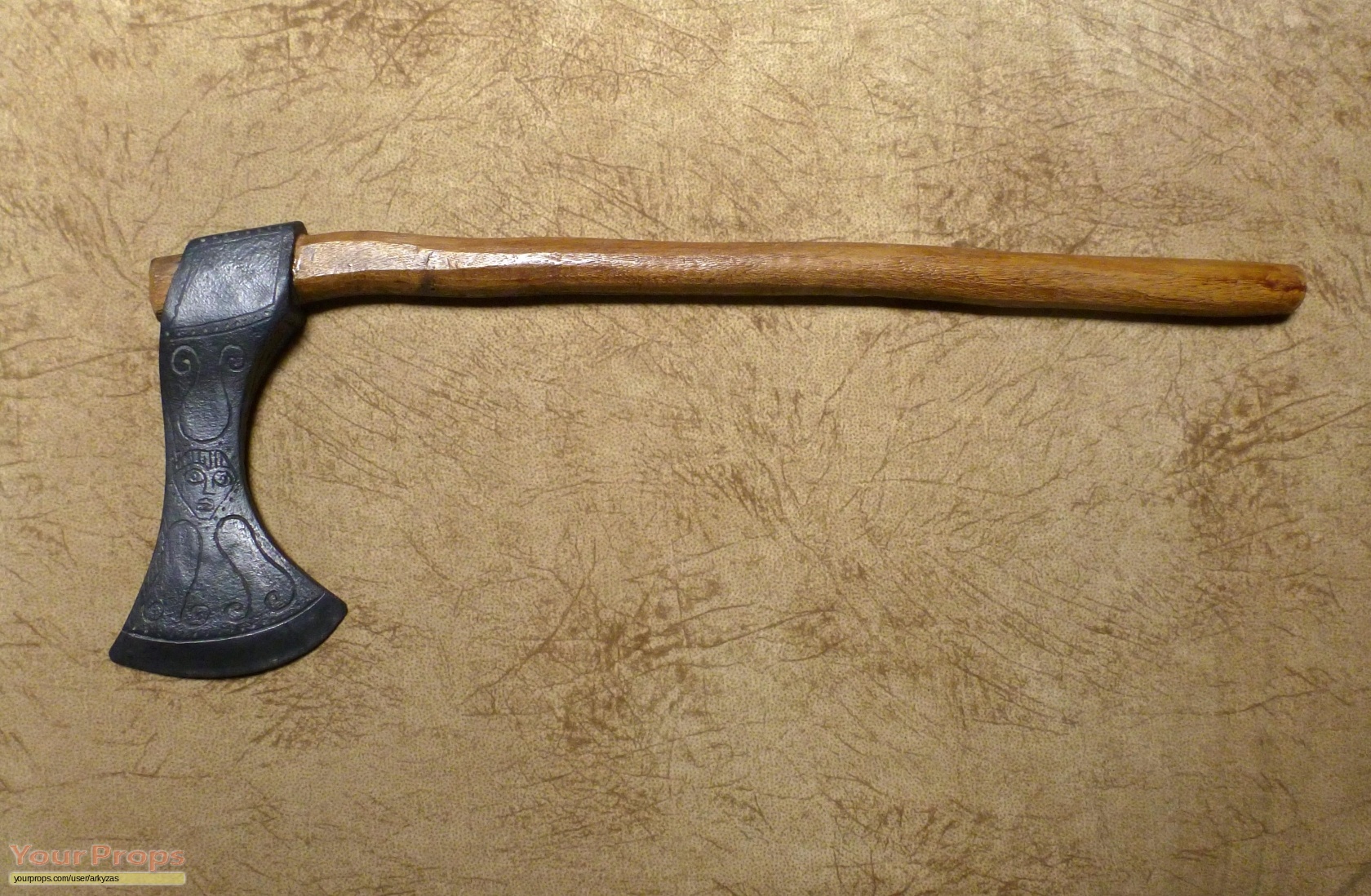 Wind Rose - Diggy Diggy Hole
The Tolkien love is strong with these Italian dwarves, who somehow make this childish sing-along sound seriously metal. My favourite YouTube comment on this video: "I liked the part where they sang about digging a hole."


Wolfpakk - Falling
Former Crystal Ball vocalist Mark Sweeney seems to have moved on to a more in-world project aiming for social and cultural commentary, I guess, about online dating. Whether he successfully brings something profound to the table or not is for you to decide...

Black Wizard said:
Is this a Cheesevivör or a Cheeserendum?
Click to expand...

That wasn't funny the first time either.

Staff member
The Cheesevivör is back!!! The best thing on Maidenfans, and I'll fight anyone who disagrees.

Beast in Black is so delightfully cheesy, it's like they are on this forum and decided to make a song for this game. The chorus is grand, that keyboard, man. This'll be a hard song to beat.

I'll go with Beast in Black but it's closer than I thought.

Nice rolling drum intro for Wind Rose. Definitely going for that martial-cheese. It's all chorusy until it hits the chorus. How can you not vote for diggy diggy hole, diggy diggy hole? The slow bit with the fake harp is also pure cheese. Wind Rose could be a contender, guys. The Indestructible Battalion is primed to have some reps go deep.

Wolfpakk, let's see here. This one has a strong, cheesy video, and strong lyrics, but how can it stand up to Diggy Diggy Hole?

Beast in Black won me over in the first 30 seconds. Keyboards, disco beat, falsetto - win. Deep Sun is something I will pretend I haven't heard.
Wind Rose is awesome stinky, overpowering cheese. Love it. Wolfpakk is very unremarkable in comparison. Weak.

I recognized the vocalist in the Beast In Black song pretty quickly, and then realized I’d heard the band before when their “Blind And Frozen” vid appeared in my YouTube feed, and before that had heard Yannis thanks to a “Ghost Love Score” cover. Dude has some serious pipes, and at times almost sounds feminine which I dig. The song itself is some poppy cheese made better through its vocalist. Cool stuff.

Imagine having a song name as good and as perfect for cheese as “Worship The Warship” and still managing to fuck it up. Somehow Deep Sun (a cool band name too!) manages to do it. I had to stop listening half way through. Singer is cool but the song takes forever to get going and the chorus sucks.

Voting for Beast In Black.

Wind Rose is the last name I expected after that utter nonsense. I never expected to hear a song like that in my life. I don’t think I wanted to either. On a cheese level alone this one should win the whole ‘Vivor already, but let’s see what else we’re in store for.

The guitar in the Wolfpakk song really matches the name of the band IMO. The song is cheesy as fuck, but this time it’s actually a good song. I enjoyed this one. Unlike Wind Rose, which I don’t ever care to hear again, I’d be excited to see these guys show up later in the game.

Beast in Black are amazing.

Staff member
Come on @Kalata, @matic22, @Collin, @Lampwick 43, @srfc, come and participate in the glory and epicness of cheese!

PICK UP A SWORD AND JOIN THE BATTLE!

Diesel reserves the right to vote for that which he’d prefer to vote for.

Diesel 11 said:
Diesel reserves the right to vote for that which he’d prefer to vote for.
Click to expand...

Absolutely, I didn't delete your vote, did I?

LooseCannon said:
Absolutely, I didn't delete your vote, did I?
Click to expand...

It was a joke response btw, dunno if it came across that way or not.

Staff member
Coincidentally, I just got an email saying my cheese order was on the way. Smashing.

Staff member
I am a dwarf and I'm digging a hole. Diggy diggy hole, diggy...

What an outstanding contribution to the world of metal. I dearly hope these guys tour with Alestorm some day, I'd pay good money to see this show. My only complaint is there's only five of them. Wind Rose for the win.

Likewise, Beast in Black is a tremendous addition to the Cheesiverse. I had no idea Ming the Merciless had gone into metal, let alone made something so corny and heroic. This one showed promise, as Ming himself said (about Hitler, I think).

The other two entrants are misfires. The Tarja/Lacuna Coil woman hybrid should really stick to singing about elves, not evil technology and warships. And what was the point of that online dating song? Surely they could have just run with something sleazy as befits a classic mature cheese band?

Brigantium said:
I am a dwarf and I'm digging a hole. Diggy diggy hole, diggy...

What an outstanding contribution to the world of metal. I dearly hope these guys tour with Alestorm some day, I'd pay good money to see this show. My only complaint is there's only five of them. Wind Rose for the win.
Click to expand...

They are a lot of fun live. I saw them at Bloodstock a few years back on the Thursday night before Battle Beast. That was a night of cheese. They had an album last year which was pretty rubbish, but 'Diggy Diggy Hole' is a lot of fun.

Black Wizard said:
They are a lot of fun live. I saw them at Bloodstock a few years back on the Thursday night before Battle Beast. That was a night of cheese. They had an album last year which was pretty rubbish, but 'Diggy Diggy Hole' is a lot of fun.
Click to expand...