More the experience of 2 hour nightmare set during WWI than a particularly realistic war film - there really isn't much of a story or many deep themes to discuss here. The 2 leads are paper-thin characters who exists only to have someone to follow, and every single one of the big-name actors flashing by are more memorable.

While nerve-wrecking, tense and with a few jump-scares, the logic isn't a strong point and apart from keeping you at the edge of your seat, not a lot happens. No other emotions are present.

Talking point of course is the camera work with the film being made to look like two uninterrupted shots with the only break being an unconscious episode in the middle. Still, this keeps the film from doing anything else than just following the main characters POV.

Saving Private Ryan masterfully hits emotional notes all the way through beginning with the old man in the graveyard, this film puts you in the shoes of the main characters and you're only left with the feeling of relief it's over at the end. The characters are forgettable.

Seen a few lately, but only three worth mentioning.

Finally got to see, Mother! I usually like Daren Aronofsky's stuff, but this was like an acid trip. I caught on to some of the themes at work, but it wasn't until we read an "explain it to idiots" article that it made some kind of sense and even then... not really. So I guess Aronofsky's been on a Bible binge and it was all allegorical.

Bardem is God, and Lawrence is Mother Earth, the characters that come and go are us, humans. Harris' and Pfiefer's sons are Cain and Abel, Cain kills Abel, people come and go from the house either ignoring or being incredibly rude to Lawrence (mother earth) and completely fawning over Bardem (God). Then they kill a baby and eat it (Jesus), and ritualize the whole thing (religion).
I got like 70% of it before the article, but even with it, in retrospect only a little more makes "sense." Not a bad movie by any means, just not what I was expecting in a bad way.

A movie that turned out to be not what I was expecting in a good way was, I See You. The description of the film is misleading, it states a family starts to experience paranormal activity in their house while the husband, a detective, is trying to solve a missing person's case.

In reality the paranormal activity is done by two young adults that snuck into the house. The girl says they are "phrogging" as they hop from house to house hiding as long as they can without attracting attention from the people that live there, then go to another house. The boy wants to mess with them and starts moving stuff around the house, it escalates rather quickly. It's really two movies in one, the first part as you follow the family and weird shit happens, the second when the POV changes to the phroggers and it recaps the events and finally the timelines converge for the final act.
It was pretty enjoyable, the twist was pretty cool too.

Finally, Bojack Horseman. I LOVED the ending. definitely worth watching. I was able to relate to it at some level, and

I like how it all catches up to him, falls apart and it's ok.

Catching up on seasons 5 and 6 of Vikings. I really like the show and have given up somewhat on checking the show's accuracy. For example: In the show, the first King of Norway is Harold FINEhair, but when you Google him, he's Harold FAIRhair. Minor, unimportant difference. BUT, on the show he is ELECTED the first King of Norway, yet Google says he UNIFIED Norway after some battle... Still a great show.}

On an odd note, we watched seasons1-4 in Spanish (GF sometimes hates reading subtitles), and we've been watching 5 and 6 in English (6 is not available in any language other than English), and the dubbing was so well done, I find their voices and enunciation in English rather grating...

Finally, I'd like to ask our resident historians and Scandinavians who might have seen the show, how do you guys feel regarding the accuracy/liberties the show has taken with the events and people?

Staff member
I decided to look up Star Fleet, a late 70s/early 80s kids TV show with puppets that I absolutely loved at one time. I'd been under the impression that it was a Supermarionation show like Thunderbirds, Captain Scarlet etc. It wasn't. Really cheesy and twee with terrible stereotypes. Not even as charmingly daft as the Supermarionation series.

Staff member
Watching the Angry Birds film. It has a disturbingly fascist subtext.

Perun said:
Watching the Angry Birds film. It has a disturbingly fascist subtext.
Click to expand...

You have my attention. Please elaborate.

Why is there even an Angry Birds movie?

Wogmidget said:
Why is there even an Angry Birds movie?
Click to expand...

Because Angry Birds are badass.

KidInTheDark666 said:
Because Angry Birds are badass.
Click to expand...

Wogmidget said:
Why is there even an Angry Birds movie?
Click to expand... 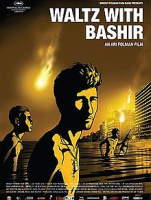 yesterday. Man, what a gut punch. I miss my Persepolis.

I was really excited to see Ip Man 4 up for streaming this weekend. My GF was intrigued by my school girl reaction (squeal and all) and asked me about it. Instead we had a movie marathon. We watched all four movies. I have to say that 4 is a step below the other three movies.

The action is still great, that has been very well done and very consistent throughout all four movies. But the villians are more one dimensional, caricatures rather than complexed, fleshed out people like in previous movies. Not to mentioned they commit the sin of ending with the slow clap... Really? Also, the first three movies explored the complexity of life under specific times in Chinese history while this one only scratched the surface and oversimplified life as a Chinese person in 1960s San Francisco.

Still highly recommended if you like martial arts movies, but don't expect the same depth from the previous 3 movies.

Loved it. A fantastic series I just hope to see more of... Full of: atmosphere, great music, interesting story. For fans of: Stranger Things.

Really enjoyed the new film opened this weekend The Invisible Man. Modern take on the story from the point of view of IM's wife. Very suspenseful with several twists I did not expect.
Don't want to give any more away...

terrell39 said:
Really enjoyed the new film opened this weekend The Invisible Man. Modern take on the story from the point of view of IM's wife. Very suspenseful with several twists I did not expect.
Don't want to give any more away...
Click to expand...

I saw that yesterday. I liked the acting, the overall atmosphere by the way it was shot/the lighting etc. However I didn't like how it *almost* turned into an action movie towards the end in the final few "confrontation scenes" - saying that without spoiling anything but I'm sure you know what I mean. Also suspenseful yes, but did not find any of it scary at all.

Staff member
So who's seen the last The Walking Dead episode from yesterday?


Eugene sang When The Wild Wind Blows over the radio

I thought it must be something similar at first, but it sure was Iron Maiden all the way through.

Night Prowler said:
So who's seen the last The Walking Dead episode from yesterday?


Eugene sang When The Wild Wind Blows over the radio

I thought it must be something similar at first, but it sure was Iron Maiden all the way through.
Click to expand...

I don't watch the show but here's the clip.

No, I stopped watching that series long time ago.
But I've read that they used When the wild wind blows
I've seen the trailer now and I prefer Steve singing it

Began like a super tense police drama thriller, ended in the most B-movie typical Stephen King ending ever. Sour aftertaste. The best King stories survive while the plot crumbles because of great characters. Sadly this is too weak in that department, and Ben Mendelssohn is a bit too forgettable. Haven't read the book yet, but it's on my shelf.

While the novel (also by Stephen King) is among my top 5, I wasn't sure how well it would translate to a mini series. It was interesting as I remember when it came out and I thought the reception was good but also it kind of disappeared at the same time. It isn't something people still talk about. As it turns out - I need not have worried. It's great. James Franco is awesome.