Ruflux said:
Both are still miles better than St. Anger and a fair amount of ReLoad, though.
Click to expand...

It wasn't really hard to be miles better than 'St. Anger' though and I really do think that a lot of the adulation directed at 'Death Magnetic' when it was released was down to it not being 'St. Anger'. That's a low bar for quality .

However, I do still maintain that there were more interesting ideas on that album than there were on the two subsequent albums. There's a Youtube video out there where someone has rerecorded the entire album himself with more professional tuning and production (again, low bar) and it actually sounds OK. Metallica love doing anniversaries of their previous albums as an excuse not to write, so I think they should re-record 'St. Anger' without biscuit tins for drums and with guitar solos. Maybe some people would be able to forgive them for the original version if it sounded decent. Who knows? It's almost certainly not going to happen though. Another three years of the Worldwired Tour for sure.


Speaking of Metallica's love for anniversaries, the 'S&M2' concerts from last year will be released as a box set in August: https://blabbermouth.net/news/metal...symphony-to-be-released-as-box-set-in-august/

One for the hardcore fans I assume. It was nice to watch the concert in the cinema but I don't care enough for Metallica nowadays watch it again or buy this.

DM was not bad, but a bit too commercial in parts. I love Judas Kiss though. I’m probably not allowed to say it, but actually St. Anger wasn‘t bad either, and the title track is great imo. Hardwired is probably the best one of the three, great riffs, interesting arrangements, + the energy is there.

jazz from hell said:
I’m probably not allowed to say it, but actually St. Anger wasn‘t bad either, and the title track is great imo.
Click to expand...

Yeah, while I can't say that I really like or listen to that album too much, it's probably not as a bad as some make it to be, as some have already stated here. It sounds rather bad, but as a... eh, structural metal record, it's not really... that terrible. Hard to listen to, though. That's why re-recording would be interesting, at least.

As for the discussion around Hardwired, I think that the comparison to TBOS by Maiden is actually somewhat fitting. Both albums are, in my opinion, a bit more intense and dynamic sounding records than their predecessors, even if a bit stretched to an extent. I think TBOS has much better flow and even when listening to the whole thing, it doesn't quite drag and tire as much as Hardwired, however, which has a lot of great tracks, but it gets a bit too tiring and messy along the way.

While I appreciate the almost pervert effort they made with Hardwired to make it a double album, I think it also diminishes it's greatest strength a little bit. Intense and rough, yet relaxed vibe of it. Then again, the line between relaxed and loose might be a bit thin here, as it was with Maiden's most recent effort too, but yeah, I guess you get the point. As mentioned, I like how it ended up sounding a bit more energetic and intense than the previous record, in all of it's roughness, but it might have been a brilliant ride in a tighter package. I really like the opening bunch that ended up being the singles and Murder One, Halo on Fire and Spit Out the Bone are very cool too and those songs alone would make rather good Metallica record.

As for Death Magnetic, I agree with many of the previous posters about it still holding up rather well musically, but the production values drag that one (too) down a little bit. There's some great stuff, neat ideas and overall, an interesting record it is, but as the Wizard above mentioned, it got a lot of praise at the time for... just not being St. Anger. It's not a record I revisit too often, but granted, it does always surprise me a little bit when I do! Then again, the stretching, production issues and some of the more uninspired stuff in between the highlights are probably the reasons for those revisits being rather scarce nowadays. 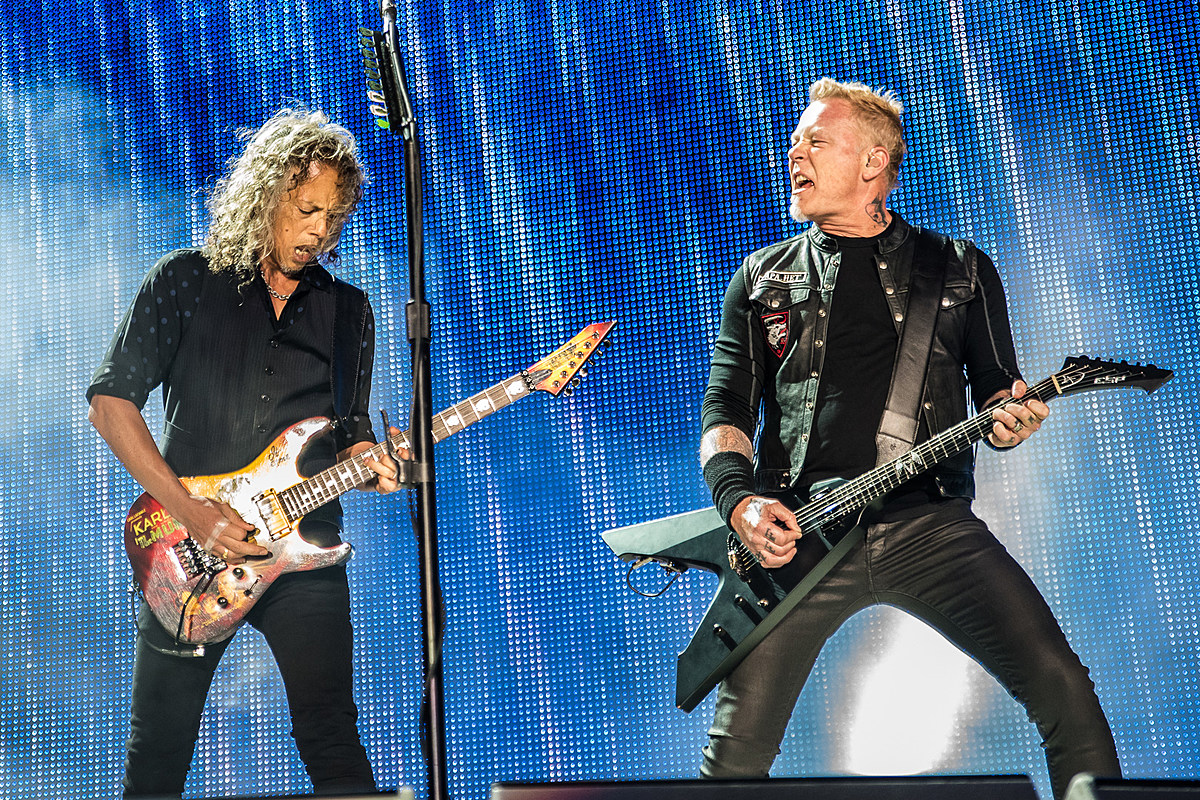 Metallica Officially Working on Music for New Album in Quarantine

Lars Ulrich with the update.

Staff member
Release date will probably be 2027, just in time for 16th wave of Coronavirus.

Well…at least they have said that they're sharing ideas, riffs or whatever…

The_7th_one said:
Well…at least they have said that they're sharing ideas, riffs or whatever…
Click to expand...

I'm sure one of the ideas they've got is for a song about seven minutes long which is melodic and poignant for the first five minutes or so, then builds up pace with with a heavy riff before some angry, venomous vocals and then the final 90 seconds or so is a chaotic, uptempo instrumental section.

Night Prowler said:
Release date will probably be 2027, just in time for 16th wave of Coronavirus.
Click to expand...

As long as the album practices social distancing with Kirk’s song ideas we may be OK...
S

Anyone else looking forward to S&M 2?

Staff member
Not really. S&M itself wasn't anything special. S&M2 is same shit with some new songs and everything else that already appeared on the original. Why not do a completely new setlist instead? Sad, weak and cabaret!

I was a bit disappointed with the setlist too but I look forward to it anyways.

First of all I really think the whole idea is kinda meh but at least it already gave birth to something positive. Even to me, that somehow enjoy some moments out of St. Anger, there are 3 songs in it I consider to be utter trash: the title track, Shoot Me Again and All Within My Hands. And regarding the later I really liked the acoustic take and arrangements on the advance version... they managed to turn a turd into something really enjoyable.

Night Prowler said:
Why not do a completely new setlist instead?
Click to expand...

Once again 100% with you. Apart from a handful of "must includes" IMO the remainder of the setlist would be absolutely different. Something like this would be interesting: The Ecstasy Of Gold (played live by the orchestra), Blackened, Leper Messiah, The God That Failed, Dream No More, Welcome Home (Sanitarium), Frayed Ends Of Sanity, Anesthesia, Ride The Lightning, For Whom The Bell Tolls, All Within My Hands, One, The Outlaw Torn, Cyanide, Master Of Puppets, The Unnamed Feeling, Spit Out The Bone, Orion, Enter Sandman and Battery.
Last edited: Jul 19, 2020

Yep. It was like the orchestra was playing one song and Metallica a totally different song. Something more akin to Alter Bridge's last live album should've been better. Just follow the main melodies, it isn't so hard.

Those are the songs for which I can imagine the orchestra working. It's not enough for a full set though.

Night Prowler said:
Yep. It was like the orchestra was playing one song and Metallica a totally different song. Something more akin to Alter Bridge's last live album should've been better. Just follow the main melodies, it isn't so hard.

Those are the songs for which I can imagine the orchestra working. It's not enough for a full set though.
Click to expand...

Always disliked The Unforgiven I. Not much fond of the second too. The third is bit better but nothing too special. Nothing Else Matters is boring but hey... what the heck! Apart from that pretty nice setlist.
Last edited: Jul 19, 2020

Fucking fixed. The setLIST is still there though... but There you go.

I'll listen to the album on Spotify but I won't bother buying the DVD. Last year I saw the concert at the cinema which was very cool (see my thoughts here) but I'm not in a hurry to see it again or to give Metallica any more of my money. If anyone hasn't seen it yet I would definitely recommend giving it a go, but these boxsets look quite expensive.