I also wondered. I guess he got tired of it. He retired early (age 43!!) but also died early.

Martin Birch's first three albums he was involved in were recorded in:

"In a 1983 interview with France's Best magazine, Birchstated about MAIDEN: "At first, I could objectively judge them and I think that they are very different from the hard rockers of the early seventies. Nowadays, I'm not so sure I can judge them, as we have become very close friends and I can't do that anymore. "The first time I saw them at work, I was surprised and seduced by their energy and their attitude. I have rarely seen bands with so much energy. In this way, they reminded me a bit of the early PURPLE. But their attitude towards rock is very different, and so is their conception of it. It was said that they were a second DEEP PURPLE, but I don't agree with this. Obviously, Steve Harris was a PURPLE fan, but he's mostly influenced by bands like JETHRO TULL, UFO or even GENESIS. Nothing to do with DEEP PURPLE. Of course, in both cases we have a very melodic hard rock, and not just speeded up noise like with some other bands in heavy metal, but I don't think we can compare any further." He continued: "I personally wanted to produce them because it was a way out of the PURPLE family. There are in fact many differences. Musically, a band like IRON MAIDEN is typical of the second generation of hard rock and stands out from the first one because the band is more consistant, more compact. They don't fall into easy and very boring solutions with 20-minute guitar solos, then keyboards, then drums, like I experienced with DEEP PURPLE. I think they're more robust, musically speaking. Another difference is their attitude towards the outside world. They are not into the 'star-system' and remain very accessible. Success has raised any barriers between them and the others, press, audience, which wasn't the case before. Moreover, they listen to you, and they are not convinced right away that they are right. This is why I think that this is my favourite band to work with; the producer/band relationship is much more constructive. Even within the band, although Steve Harris is the boss because he founded it and writes most of the songs, there is a great unity and nobody tries to stand out individually from the team. It's really nice, and mostly really exciting because their music is full of energy."
Click to expand...

The_7th_one said:
(As always no statement from Maiden site or social media, sad)
Click to expand...

There's nothing from Deep Purple. either Why does this matter?

I'm sure there will be a statement this time. It can take a bit longer to contact people and find the right words.

And as always, there is no obligation to post a press release. I'm sure they have extended their condolences to his family.

Black Wizard said:
There's nothing from Deep Purple. either Why does this matter?
Click to expand...

It matters to me.

The_7th_one said:
It matters to me.
Click to expand...

Because he was a huge part of the Maiden camp.

The_7th_one said:
It matters to me.
Click to expand...

Give them a chance! Guy only passed away yesterday and they're not exactly operating in normal circumstances at the moment.

Staff member
I’m curious to learn more about Birch’s retirement as well, it seems he actually stuck around longer than he might have otherwise because he was so invested in working with Maiden. In other words, I wonder if he would’ve retired even earlier if it weren’t for Maiden.

As I said before I've always considered Martin as a member of the band because he was recorded, producing, engineer and mixed for them. He has been a very important part of all Maiden albums. And they were closer friends.

Mosh said:
I’m curious to learn more about Birch’s retirement as well, it seems he actually stuck around longer than he might have otherwise because he was so invested in working with Maiden. In other words, I wonder if he would’ve retired even earlier if it weren’t for Maiden.
Click to expand...

Last non-Maiden thing he did was in 1984, I'd say he definitely would have retired earlier.

I guess he simply enjoyed the luxuary position of working focused with one band and having free, the rest of the time. If that band was not there, he would not be in that same position. Either he worked with others bands (various), either with one and the same. That's more likely than doing nothing at all.

One of the greats. 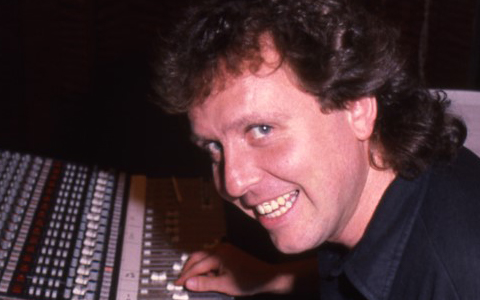 A man of many nicknames… and simply one of the greatest people we have ever worked with. Steve Harris: “He was just absolutely brilliant. He wasn’t just a...

For those who believe the band needs to comment on Martin's passing, now they have. Within 24 hours of the announcement, too.

A STATEMENT FROM THE OFFICIAL MAIDEN SITE AT LAST

I think what Maiden put up was nice ... I get everyone wants everything "RIGHT FUCKING NOW" but I think getting the quotes from Steve, Bruce, and Rod is much better than a template "We are greatly saddened by the loss of <insert name here>, <he/she -- pick one> will be missed" that could have been put up 10 seconds after the news was announced.
Last edited: Aug 10, 2020
You must log in or register to reply here.
Share:
Facebook Twitter Reddit Pinterest Tumblr WhatsApp Email Share Link
Top