Mosh said:
I love Steven Wilson! He makes the greatest music known to man and one day I'm going to marry him!

Did you marry him yet?

Staff member
Now writing my official first post from my new Lenovo Legion 5i. Took advantage of a Black Friday deal and got a pretty nice new laptop to replace my ancient Asus from 2013 that was literally falling apart.

Today's date can be read both sides.

Today's date can be read both sides.
Click to expand...

Only if you write the year first.

Another year of Maiden reigning supreme. 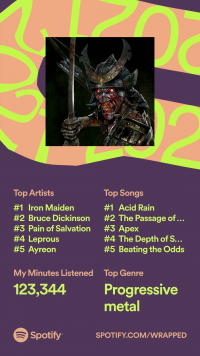 Are these LTE songs in your most listened?

Saapanael said:
Are these LTE songs in your most listened?
Click to expand...

Indeed. 3 of my top 5 songs were by LTE. I'm a little surprised they didn't end up being one of my top 5 bands. 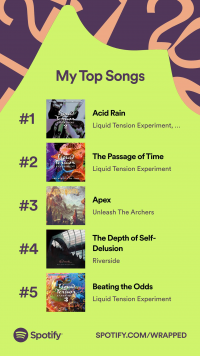 And, for good measure, my top 5 genres: 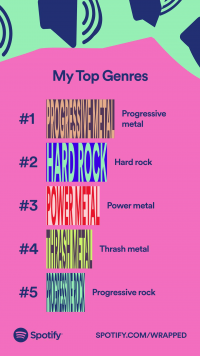 What the hell were they thinking when designing this page... 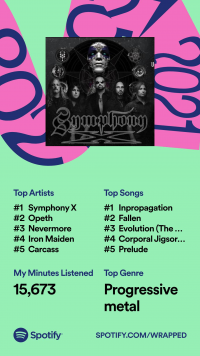 My Spotify is actin the maggot and wont play through my 2021 fully. But I got my Top 5 songs. 3 from Senjustu. Definitely not representative of my year. I blitzed that shit for a few weeks and abandoned it.
The main problem with listenin to super chill piano music for sleep is that on yer annual spotify playlist you get super chill piano music sandwiched in between Van Halen and Avicii. Thats what the skip buttons for, I suppose.

Niall Kielt said:
But I got my Top 5 songs. 3 from Senjustu. Definitely not representative of my year.
Click to expand...

Same here, top 2 were the 2 singles, i.e. before the physical copy was out. Spotify for me is almost exclusively for listening to band I'm discovering or albums I don't have, or else letting it play songs as I can't be arsed picking an album, so Maiden appearing shouldn't be guaranteed but it's a new album year. All 5 were Maiden and Maiden top band.

Other bands were Skyclad, Sabbat, Lykantropi and Rush

This feels so wrong...

Here's a very weird train of thought - banks et. al should drop their anti-theft features from ATMs. Because right now, the most logical and bulletproof way to rob an ATM is to blow it to pieces, which disables its internal sensors and chemical destruction of bills, which would be triggered if one would try to intrude its chassis in a non destructive way.

From security standpoint any kind of infrastructure where simplest attack vector involves explosives is a high risk one and it should not just be standing around.

It's like putting a sign on a corner store - "the shop cashier is armed at all times". You may get around 9 out of 10 possible robbery attempts but that one is going to happen and it'll be a guy coming in with a rifle.

Also, the chemical destruction of bills is in my view against the law.

Technically, any bill that's at least 50% complete and has a visible serial can be replaced in some state institution. However, defacing or damaging a bill is against the law. If you wash your pants before checking the pockets and you destroy a bill you patch it up with tape and you can try to replace it because it was an accident. Actual non-accidents have been processed by police - believe it or not - when someone would write something in ink on bills. It's considered intentional defacing. So why can banks insurances and others do it but I can't.

What's your latest entry in the category of shit bowl thoughts?

Zare said:
If you wash your pants before checking the pockets and you destroy a bill you patch it up with tape and you can try to replace it because it was an accident.
Click to expand...

I've just been reading an accountancy blog site discussing Nepalese goats - accidental money laundering is way down my list of things to think about right now ...

I'm not sure what's going on, but I'd say they're doing a good thing.
Have a look at this


Tree was probably partially hollowed via some natural way and accumulated a lot of rainfall.
Visually, the egress seems like mostly water.

Staff member
I'm staying in today, so I don't have to put on a mask at any point. I don't even remember the last time I had a full day without wearing one.

Sirius people taking over the board, may they, May Day, maid A. 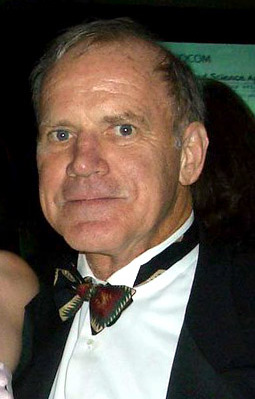 en.wikipedia.org
What the fuck?