I think that would have been in April.

Last Saturday, a 21 year old Norwegian inspired by the New Zealand mosque shooter (and probably also by he-who-should-not-be-named-but-who-killed-77-in-2011) attempted to attack a mosque outside of Oslo. Tragically, before he went there he had killed his own stepsister (for reasons hitherto unknown, maybe she had discovered his plans and wanted to stop him) ... once he arrived at the mosque he shot the glass door to pieces with a shotgun and fired shots inside. Fortunately, few people were present and he was quickly overpowered by one of them - a retired officer from the Pakistani army

He and another man managed to keep the would-be terrorist under control until the police arrived.

Photos from the first court meeting on Monday revealed that the bastard had received a proper beating, well deserved!

Fortunately, not all terrorists are well prepared and this time there was only one victim. Who knows what would've happened had he come the next day instead, when one of the main Islamic holidays of the year took place ...

Yesterday a boat came to port of Hvar with a dead person aboard together with all others being sick and dying, 2 more adults and 2 children. The adults are stable today but the kids are on intensive care. The dead person was the oldest one. The boat was a charted yacht. Today several policemen from the forensics team got nauseous on that boat and were hospitalized. Carbon monoxide leak is the suspected cause. The poor fellow that died went to sleep and never woke up.

CO is a silent killer. Unfortunately, very difficult to notice as it has no smell and that the symptoms come sneaking rather than fast. If exposed during sleep, that's exactly what will happen. You fall asleep and don't wake up.

Same thing happened to Emiliano Sala as was revealed today apparently. They say the cabin leaked with carbon monoxide and knocked them both out, resulting in the crash

Good water, I agree, but I think this was more to the point:

Collin said:
Be sure to drink plenty of alcohols.
Click to expand...

I had the right one. 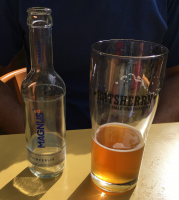 Black Wizard said:
Where have you been Travis?
Click to expand...

I made it into my first choice university!!!

On a different note, I was thinking of doing a cheesevivor-style round-up of 2019's power metal albums, if anyone's interested?

phantomoftheicarus said:
I'm in my kitchen. Drinking a protein shake
Click to expand...

Wogmidget said:
On a different note, I was thinking of doing a cheesevivor-style round-up of 2019's power metal albums, if anyone's interested?
Click to expand...

You have had quite the day...

Overheard in the office today: "My favourite player is: shit. But he has a really cute face, so it's alright."

It was the same guy who was sawing heads off pigs the other week. Not sure but I imagine that football was the subject under discussion

Collin said:
You have had quite the day...

Today has been a first time experience for multiple things!

I hope said things are happy with their experience.