He's playing Glasgow in a week or so, but it's sold out I think. Would have quite liked to have seen him.

So it's nearly three months with the new album! I must say I like it a lot - his best in at least 10 years, IMHO (though I love the cover of Momentum

It's not even a grower, I liked it from the beginning. I don't know why, but I think he's right back on track.

It wears you down a bit in the second half, true, but

Up to the mid-2000's in my Satch catalog listening journey; altho' I've still to get round to listening to Time Machine. Currently listening to his 2004 release Is There Love in Space? I have to say, this one's a bit of a let down. Very mellow & laid back, which I like; but it's Satch laid back, which I don't really enjoy of some reason. I also detest his singing; adds nothing for me. I always find Satch's lead work interesting, but his rhythm work here is quite uninteresting. It's solid enough, but nothing has really stood out yet as I listen to it...

Is There Love in Space is one of the more boring Satch albums. The Souls of Distortion is possibly my favourite off the album.

Next up (going backwards, just this once in my chronological review) is Time Machine; then I'll get on to Super Colossal onwards once I've picked up the CDs for much cheapness. Back to Buckethead on shuffle for present...

CriedWhenBrucieLeft said:
Next up (going backwards, just this once in my chronological review) is Time Machine; then I'll get on to Super Colossal onwards once I've picked up the CDs for much cheapness. Back to Buckethead on shuffle for present...
Click to expand...

I should do this.
My Satch post-Extremist is all about songs, not albums.

No
The Extremist
? Crap concert!
S

I checked the setlists before my concert and as it turned out, he had played The Extremist during the first gigs of the tour but dropped it soon.

Been just listening to Professor (an underrated album, if you ask me!) and am I the only one or does the beginning of this cut remind you too of Paschendale?

Now that you mention it, it does sound like Paschjendale. Good albjum indeed, I only recently discovered its magic. The opener has a fantastic solo.

I just found it interesting, that's all.

But I must say that I really enjoy pretty much all Satch's albums. Not only Professor, but also Is There Love in Space?, Unstoppable Momentum and others.

What really helps me is that there's usually at least one (if not more) beautiful, devastating song I can return to (Out of the Sunrise on Professor, the title track and A Door into Summer (ad I'm NOT talking about Heinlein!) on Unstoppable Momentum, If I Could Fly on Love...) and it helps me to re-listen to the album and discover other, equally beautiful tracks as well.

I'm still totally in love with Shockwave Supernova, though.
S

JudasMyGuide said:
What really helps me is that there's usually at least one (if not more) beautiful, devastating song I can return to (Out of the Sunrise on Professor, the title track and A Door into Summer (ad I'm NOT talking about Heinlein!) on Unstoppable Momentum, If I Could Fly on Love...) and it helps me to re-listen to the album and discover other, equally beautiful tracks as well.
Click to expand...

I know what you mean. My over-all favourite album of his is probably Crystal Planet but I need to give a couple of albums another spin as I don't know every song by heart. When I started listening to him, my favourite was Surfing With the Alien but his style and sound have developed a ton since the classic Satch record. Newer Satriani is more experimental, which may put off some (or many) people, but it's where his artistic capabilities can shine.
S

My appreciation has heavily shifted towards the newer era Satch (Crystal Planet and onwards). The shred guitar of the 80s/early 90s is what got me into his music but I am much more drawn to his 00s and 10s material these days. There is so much artistic creativity to be discovered that it totally makes sense why Satch may be considered the solo guitarist of our time. Who else can say so much without vocals? There's no denying that his discography has been hit-and-miss as there are filler songs on probably every one of his albums. Still, in most cases, there is something inspiring even in the songs you'd usually skip.

I completely agree. I actually think the self-titled album (and some of The Extremist) really started his more melody-focused, restrained eras. Granted, there's still balls to the wall solo songs and some filler on almost every album, but I'm far more likely to throw on Crystal Planet, Strange Beautiful Music, or Unstoppable Momentum over the first three records. Even Surfing with the Alien, probably being his only no-filler album, doesn't get many spins from me because of the incredibly dated sound and lack of musical depth.

The early albums really suffer in terms of production, but the writing is still very good. The production of all the 90's material (roughly where I'm up to with my Satch listening) is stunning. Not really sure if the songwriting itself is any better, but it sounds fantastic.

I have a few criticisms...

Pretty early on he chose a massive lead tone (nothing wrong with that; it's as good a tone as you could wish for), but has rarely deviated or experimented in that respect. To me, that makes everything sound quite similar. I'd like to really hear his guitar playing more; the production & his chosen tone really hides this sometimes.

One of the great merits of his music generally, as a both a songwriter & a performer, is that much of it rises above just guitar playing. Personally, I'm listening to much of it because it's good music, not because he's doing that much necessarily from a guitar perspective. Problem is, I don't want/like that sometimes. I want, occasionally, to hear him really show-off. I don't care if this isn't commercial & is only what guitar players/fans want to hear. Maybe he should have created another forum/persona/side-project in which to do this.

The only other issue I have is that his music tends, for me, to be quite upbeat. This just isn't what I'm overly fond of. Also, there's humour in his music; but I'm not really feeling it. Quite a lot of his material, again just for me, comes across as almost unbearably cheesy. In a bad way. That aside, in terms of instrumental guitar music, it's right up there. I'm looking forward to hearing the rest of his discography when I get around to buying it.

Finally, and as predictable as this is from me, I still have to say it: Buckethead's discography is far more interesting, varied, and just plain bizarre. So I can't support any "the guitarist" statement. I wouldn't even say that about Buckethead; there's just too much good guitar music out there & others players.
Last edited: Nov 10, 2016

Satch just released a FREE remix EP and is planning a documentary made by his son for early next year! 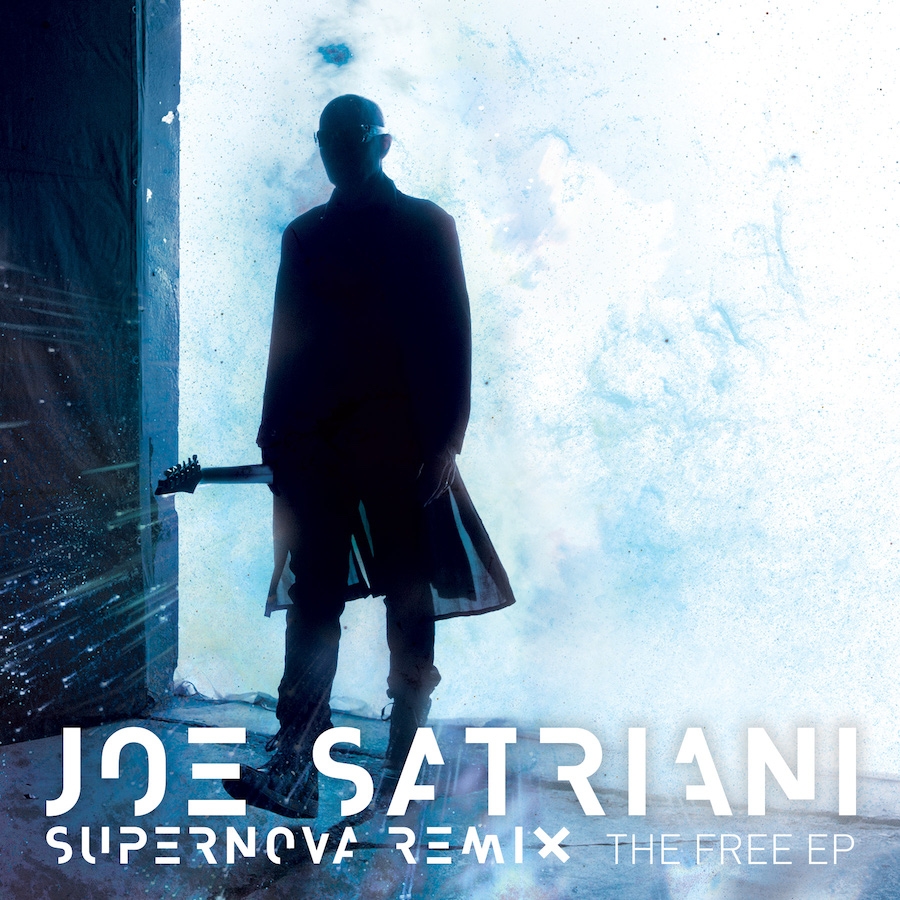