Staff member
The British dude is so annoying. Said it before, but that's the biggest reason why I haven't heard all the podcasts so far.

Do you mean Luke Appleton, or is there a British guy who makes the podcast?

Staff member
The British guy who makes the podcast.

Ah, I've never listened to it.

The next Demons and Wizards album will be released in January next year. So they still have to finish this album, tour over summer, release it and then probably tour some more? It'll be a long time before Iced Earth and Blind Guardian are back.

Staff member
I've listened to about an hour of it so far. He talks about his plans for re-recording, how the Purgatory thing came about, new vinyl re-releases, Demons & Wizards plans etc.

But he recently said all this to the same guys. Is this the same podcast? Hmm my phone does not open this in YT, I can't see an upload date.

Staff member
Well maybe the remaining 3 hours are something new.

Maybe the vinyl is new. And I wonder if he'll say something specific about re-recording old albums. Which first and does he involve "original" musicians as well, so they too can profit somewhat?

Staff member
He said he's open to inviting the original players, mentioned Adam, Greely and Barlow among others.

Excellent. In Adam's podcast (the best I've seen until now: recommended), he did not seem into the idea, but if he'd be involved himself, perhaps that makes a difference. 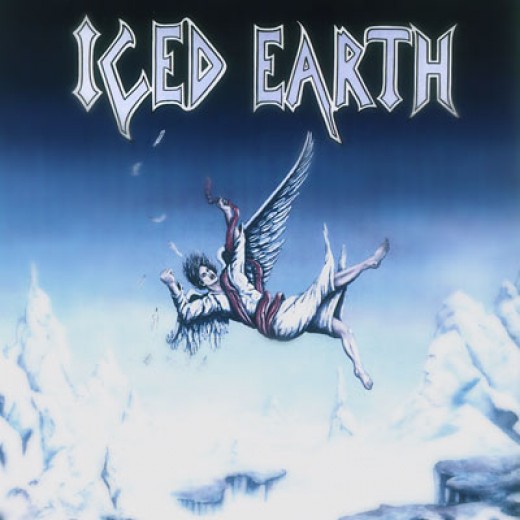 Tracks:
Kinda uninteresting debut. It was heavier than I expected, but also worse. Bad vocalist, riffs don't really stand out, and the best moments are all on the first song and what's-his-name vomits over a good part of them. One other decent song, the rest are eh to outright boring.

Thank God someone else agrees with me. This vocalist ruins these songs, which weren't great to begin with. You give this album a full 25% more than me, so I'm glad you found something to like! Some of these tunes will get far, far better when re-recorded with Barlow on Days of Purgatory and Alive in Athens.


Diesel 11 said:
"Travel In Stygian" - Opening with standard IE riffing that goes on for a bit too long, "Travel In Stygian" then moves into some kinda cool verses before we return to standard riffing and then come into a really cool acoustic based quiet piece before returning to heavy territory again. There's some pretty cool stuff going on there and since I lost track if Schaffer or Greely's singing... the vocalist hits a nice note and holds it well. The instrumental has some cool soloing going on before it ends and we get to some rocky riffing that feel quite reminiscent of a trip through Hades and stuff. Some cool vocals before a nice high scream and we return to the verses which this time end with an even better scream. The riffs keep moving until we change-up again into... oh, so that's the actual chorus. It's decent, like it was the first time. Piano starts up. Some acoustic stuff comes up too and we exit the album on that note. It's quite a nice ending. Overall, this is a pretty solid epic that doesn't feel like the 9 minutes it is, and I dunno if I prefer it or "Pure Evil". Maybe the riffs are a bit too standard, some of the change-ups could have been better effected, and the opening could've been more interesting, but besides that, this is pretty great. I hear it's considered one of IE's best songs? In that case I'm worried about how the rest of the albums are gonna go, but this is pretty great for now. 9/10
Click to expand...

Listen to the Barlow versions, it'll earn that extra point.

Staff member
I'd like to start a discussion on IE guitarists and start out by saying that I actually like Troy Seele and think his contributions are one of the main reasons I still like the Something Wicked albums.

I like some bits of those albums - 'Come What May' and 'The Clouding' are great songs - but there's too much filler and silly interludes. If Jon had cut it down to one album (and therefore one singer) then it would've been fine. Instead he came up with two bloated, sloppy odes to his own ego. Add in some melodramatic spoken passages and it would've completed Jon's metamorphosis into Spinal Tap.

Did anyone see that Iced Earth recently released an EP called 'Enter The Realm'? It has six original recordings of songs from the debut album.

I think Iced Earth's lead guitarists got better over the years, but their role and influence continued to diminish. Jon kept bringing in good players and then writing/allowing less and less lead guitar. 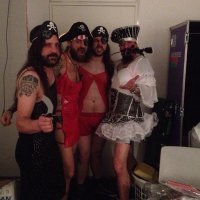 Staff member
Posting without comment is a violation of the Maidenfans.com rules.

Staff member
And yet no consequences. Mods continue to be above the law.