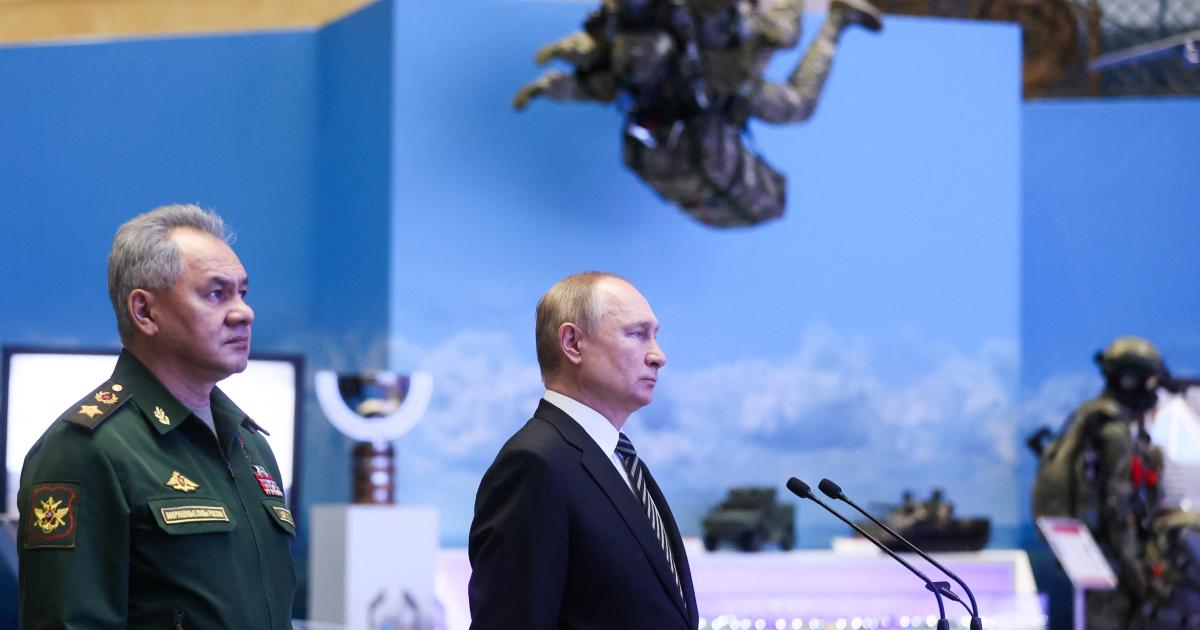 Russia Is Playing With Fire in the Balkans

The author throws everything in the bowl but there is no substance to this story. There is internal Balkans friction but it is not exploitable for Russia.

The Balkans should not be dismissed so easily. Russia sees the region as Europe’s soft underbelly: its growing influence there threatens to allow it to place strategic military assets near a major U.S. base and promises to grant it access to the Adriatic Sea.
Click to expand...

This is pretty spectacular statement considering they did not have access to 'warm water' even when they exerted influence over half of Europe.
D

Turkiye is the new English/international name for Turkey. It's going to take some muscle memory adaptation.

In any case, EU is 1000% times better than Russia and China. Russia is becoming a black hole. This country will cause much problems to democratic countries.

So, do we reckon Russia will invade Ukraine?

Yes. He wants a land bridge to Crimea and i don't see diplomacy working currently and the threat of sanctions from a divided Europe and NATO don't seem to bother him much.

I hate to draw lazy parallels but Hitler and the Sudetenland comes to mind.

+ America is weak, occupied with Trumpism and Wokeism, perfect timing.

Russia is strong, but the longer they wait, Ukraine gets better prepared. Of course, Russia could crush Ukraine, but they don't have the element of a shady surprise like they did with Crimea in 2014, and while they could potentially attack from two or three fronts (east, black sea, Belarus), it's not exactly quite that straightforward - even for Putin - to attack "brethren people" and deal with the public response, especially from mothers, when their sons come home in bags. That caused some turmoil during the first years of the war in Crimea/Eastern Ukraine, even if nothing major.

I'm not saying Russia won't invade; quite the contrary, they most definitely could do that and there's no denying it sounds extremely threatening and speaking for myself, as someone living in the most southeast area of Finland, it's not going to make me feel too much at ease, but invading Ukraine wouldn't exactly be a walk in the park either

Putin is clever... He keeps pushing the line and the "west" lets him do that. And every time, Putin pushes it a bit further. And now, if he stands down and the immediate threat of a full-scale invasion ceases it'd make the overall situation seem so much better that a lot of people would gladly sigh for relief and kind of choose to ignore that... yes, Russia has actually already invaded Ukraine and been involved in war there since 2014.

Oh well. It's not like I have any answers either. The world is broken and all, but it's quite sad how Europe that has enjoyed quite a prosperous era for so long, is broken as well.
D

Spaldy said:
So, do we reckon Russia will invade Ukraine?
Click to expand...

"Absolutely no" - from Ukrainians that hate Russia/Putin.

There is no point to it. Russia got what they came for.

And everyone is jumping on Germany's throat although they're the only one that's actually keeping a calm head about some things.

I'm largely neutral to this conflict, apart from the airline episode. That was straight up crime. So I support Dutch efforts and the movement of some fighters and pilots there. Russia should be trialed for it @ ICJ, some general should be scapegoated for it so Putin gets bat PR at home so some changes happen there. The situation between Ukraine and Russia is a large, wide, hundred year old story about nations and internaional law and everything. It's complicated. Giving state of the art AA system to a bunch of russo-ukrainian village chetniks is a straightforward act of malicious stupidity.

You can call me stupid, but my respect for Maiden diminished a little bit, when they announced, they will play in Moscow in 2022. Oh, it's art not politics. Just business, as usual... Remember, it's all fun and games until...
#Boycott Russia
Last edited: Jan 24, 2022

Staff member
I tend to lean towards what Zare said - I don't think Putin will launch an attack in Ukraine. He's already got what he wanted in the Crimea, and the rebels in the east of Ukraine are doing most of what he'd do in an invasion. He's gauging how united NATO is these days, though. He doesn't want Ukraine to join NATO and I suspect that's the end game here.

Staff member
Putin is testing the west's resolve. I'm pretty sure he has his eyes set on Belarus and Kazakhstan, not free Ukraine.

Cold War is back

Staff member
With all the above being said, I do want to point out that last time the Olympics happened in Beijing, Russia attacked another country during the opening ceremony.
D

And I want to point out that "another country" first attacked autonomous territory they have no jurisdiction over, causing the Russian attack on it that you speak of.

Since there's a immense pile of "information" on the Internet portraying Russia as bully and as someone that can't be trusted or have relationship with, truth or false, I won't go into each particular case, let me lay out my subjective opinion very bluntly, by first saying this is not what the average hater of Russia will do, he won't say that his opinion is based on his personal view and not facts. They all claim facts that Russia is this or that. I don't claim anything. There are only truths that I want to reiterate that are way more important to me than some century old bickering between said country and its enemies; Russia helped Croatia in the Homeland War. A lot. They did not let Serb propaganda and historically close ties to Serbia blind them. They armed us when nobody else wanted to arm us. USA and NATO started helping once we had an army and it was pretty much certain Croatian independence is here to stay. That army and that situation would not happen if there was no Russia, and to make the matters way worse Ukraine proved their friendship to us too. Both countries supported us where and when it was needed. No thoughts and prayers, no diplomatic cabaret, but guns. Small guns, medium guns, big guns, biggest guns, you name it. When it was clear that Croatian Army reached a level of size and readiness which could prompt Serbia to actually start supporting their rebels with mass strategic/air support they stole from Yugoslav People's Army, Russia sold us a fucking S-300.

No political gain was achieved due to this, no hefty contracts, no selling of national stuff to them, nothing. Most people in Croatia today are not aware of this fact and it's a sort of a "war buff" type of a tidbit. Croatia-Russia diplomatic relations are/were cordial and business overlap slim to none. There was no higher goal in these trades.

I won't nameshame, but when I see that serveral Western European bastions of democracy are pitbulling against Russia right now, I recall they were the 'baddies' back then. Supporting Serb aggression passively or even actively.

II stand corrected concerning America’s weakness, in fact it seems like Europe has to be thankful.

Zare said:
And I want to point out that "another country" first attacked autonomous territory they have no jurisdiction over, causing the Russian attack on it that you speak of.
Click to expand...

That may be so, but it was also not in Russia's jurisdiction, and one thing that bothered me the most back then was how people who kept criticising the US for being an imperialist power started defending Russia for their intervention in Georgia.
It is possible to object to both Russian and American imperialism at the same time, and it is possible to be of the opinion that Russia is unduly aggressive towards its neighbouring countries while also acknowledging that western countries are provoking such behaviour. There is no black and white here, and yet I don't want Russian boots on Ukrainian, Polish or Estonian territory.

But other countries can forbid Russian language, take away double passports from Russians and stop hiring Russians in government jobs.

Wester media are not giving a normal and realistic coverage about this situation. Milions of Russians are living in ex-soviet countries and they also have rights to be Russians, and nobody from West are not talking about them.

gazda said:
Wester media are not giving a normal and realistic coverage about this situation. Milions of Russians are living in ex-soviet countries and they also have rights to be Russians, and nobody from West are not talking about them.
Click to expand...

What realistic coverage would that be? Russia is acting in a threatening way towards its neighbours and have expanded its territory by force. Hell, they even sent a sort of demand letter to our (Sweden) foreign secretary, wanting a somewhat final decision on whether we'll join NATO. Russia does not get any fucking say in whether we do or do not (and their increasing aggression has nudged us towards a majority in the parliament being for), thinly veiled threats or not. Russian aircrafts have violated Swedish airspace in an increasing fashion the past few years. We are not to be a buffert zone for Russia to wield influence in.

Yax said:
What realistic coverage would that be? Russia is acting in a threatening way towards its neighbours. Hell, they even sent a sort of demand letter to our (Sweden) foreign secretary, wanting a somewhat final decision on whether we'll join NATO. Russia does not get any fucking say in whether we do or do not (and their increasing aggression has nudged us towards a majority in the parliament being for). Russian aircrafts have violated Swedish airspace in an increasing fashion the past few years.
Click to expand...

I am not talking that Russian politics is great but also nobody is talking about Russians who are loosing their jobs just because they are Russians and living in some ex-soviet countries.

Situation is different when you have 10 mil.Russian in you country just like Ukraina have, then you are always on the edge of war.

gazda said:
But other countries can forbid Russian language, take away double passports from Russians and stop hiring Russians in government jobs.

Wester media are not giving a normal and realistic coverage about this situation. Milions of Russians are living in ex-soviet countries and they also have rights to be Russians, and nobody from West are not talking about them.
Click to expand...