Seattle is too far for me. I'm out. 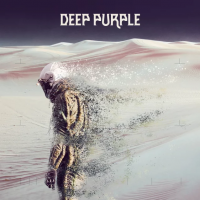 DEEP PURPLE will release its new album, "Whoosh!", on June 12 via earMUSIC. The legendary rockers' 21st studio LP was once again helmed by Canadian producer Bob Ezrin (KISS, PINK FLOYD, ALICE COOPER), who also worked on DEEP PURPLE's last two studio albums, 2017's "Infinite" and 2013's "Now What?!" Together they created the most versatile album in their collaboration. DEEP PURPLE "stretched out in all directions" without any limitation, letting their creativity go.


"DEEP PURPLE is putting the Deep back into Purple" was the half-joking motto in the studio after the first songs made it clear that Ezrin and PURPLE were on their path to creating an album pushing the boundaries of time, while voicing their resentment about the current situation of the world and addressing all generations.


"Whoosh!" will be available as limited CD+DVD mediabook (including the one-hour feature "Roger Glover And Bob Ezrin In Conversation" and, for the first time, the full live performance at Hellfest 2017 as video), 2LP+DVD edition, limited boxset and digital.


"We've included everything that made the whole band smile, including Bob Ezrin. We've always enjoyed making music and having the incredible luxury of a loyal audience," said guitarist Steve Morse.


"We've been working a bit," he revealed. "There's a few things around, we don't know yet what's, where, or when, but we've not stopped yet.


"There's a danger, of course, if you've become successful, that people want you to do the same thing and be successful all over again and keep going, but it doesn't work that way," he added. "You can't just simply repeat yourself."


Having released six albums since 1996, Glover said everyone in PURPLE has been committed to keeping things fresh.


"I think that there was almost an unspoken desire to move forward, to not repeat ourselves," he explained. "Of course, the players are the same, so the sounds can be the same in all the style or something like that. But as far as writing songs are concerned, I think most bands don't get the songs right. They talk about performance and hooks and stuff like that, but to me writing a song is much more than that. And we've always tried to write different songs. The danger is, of course, you become a parody of yourself if you try and copy yourself. And so, we've always tried to move on and change. It's a challenge."


DEEP PURPLE will embark on a full European tour starting in late May.

Have really enjoyed the previous two albums that were recorded with Ezrin, so high hopes that this will be just as good.

And here's me thinking Now What?! was supposed to be their last album, or at least I remember it being marketed as such at the time back in 2013. I thought Infinite was a great album, so looking forward to this!

Vantage Point said:
Have really enjoyed the previous two albums that were recorded with Ezrin, so high hopes that this will be just as good.
Click to expand...

They are extremely well produced (the atrociously obvious auto tune aside and excessive layering of vocals). Sound fantastic.

Edit: It's however not really an issue with the production per se, rather the result of getting a decent vocal production out of a nasal and pitchy Gillan. I do enjoy the live versions more though.
Last edited: Feb 28, 2020

I really liked Now What!? ... but thought Infinite was just okay. Looking forward to checking out the new one. Glad to see them still putting out new music

bearfan said:
I really liked Now What!? ... but thought Infinite was just okay. Looking forward to checking out the new one. Glad to see them still putting out new music
Click to expand...

Now What! has a couple of great, standout tunes. Vincent Price and Hell to Pay are pretty badass.

Should be good, love the cover!

First single for the new album, I like it.

bearfan said:
First single for the new album, I like it.

This is very good. Again, I think the weakness are the nasal vocals, and I would have loved to have Glenn Hughes on vocals - But then again, regardless of his aged vocal cords, Ian is the definite vocalist of DP. I don't care that he doesn't reach the high notes. It's ok. I just wish he'd get a good full timbre back.

Yup, enjoyed that, very much looking forward to getting the album.

The song sounds cabaretish.
Who can give me a link to lyrics?

Freeyyaa said:
The song sounds cabaretish.
Who can give me a link to lyrics?
Click to expand...

Deep Purple "Throw My Bones": I don't know what lies ahead It's all a mystery man, I heard it said You do your thing, you do your...
www.azlyrics.com

bearfan said:
First single for the new album, I like it.

I like it too. I have always liked Ian Gillan's voice; he might not scream anymore, but his voice has something special.
Last edited: Apr 1, 2020

Nice to see Chris Dale has been uploading some nice material to his Youtube channel.

shame the quality is bad, Bruce does a great Gillan

srfc said:
shame the quality is bad, Bruce does a great Gillan
Click to expand...

He certainly does a great Gillan whenever he jams Deep Purple songs with other musicians.

GhostofCain said:
He certainly does a great Gillan whenever he jams Deep Purple songs with other musicians.