Staff member
IRON MAIDEN will release its long-awaited new album, "Sworn Angel", on October 18 via Parlophone Records. "Sworn Angel" is available for pre-order at ironmaiden.com starting today in various configurations, including CD, vinyl, digital, and deluxe versions. The album is produced by Kevin Shirley, who engineered and mixed "The Book of Souls".

"We're obviously beyond psyched to share new tunes with all our friends out there."

Steve Harris says about the new album: "It definitely sounds like IRON MAIDEN. It's a lot darker than the last record. The last one [producer] Kevin Shirley really encouraged us to for the first time be inspired by our past. It was the first time we sort of looked in the rearview mirror. This time around it's a little bit of a different thing. It's probably a bit more of a diverse record than the last one too. It's exciting, but I don't have quite the perspective yet."

Bruce Dickinson comments: "I guess "Sworn Angel" turned out as a massive surprise to all of us. During the rehearsing and pre-production we didn’t have any idea that Kevin had this huge picture inside of his head about the landscape of the album. It’s a very natural continuation to "The Book of Souls" but with steroids. The songs are more aggressive but there’s more dynamics, harmonies and keyboard arrangements present. The result is IRON MAIDEN as something you’ve never heard before! Essentially, working with Kevin worked really well. As a person he is very similar to us - we share the same kind of weird humor and we all like to work hard."

"We felt it was finally time we explored our spirituality. Religion has popped up in our songs in the past, but so far, we've steered clear of the more soul searching questions. This time we've taken the bull by the horns."

Adrian Smith went on to describe the songwriting process for IRON MAIDEN's upcoming album as "definitely very collaborative. We basically hid away in a secret location and set aside a couple of weeks to do everything. We were very constructive, very energised, had a great time together, a lot of laughs. We jammed together, joked around, but in general, we had an uninterrupted musical experience together, which was very productive. We've tried to explore each other's ideas more than ever before and that's why there are some writing collaborations which never happened before in the band's history." 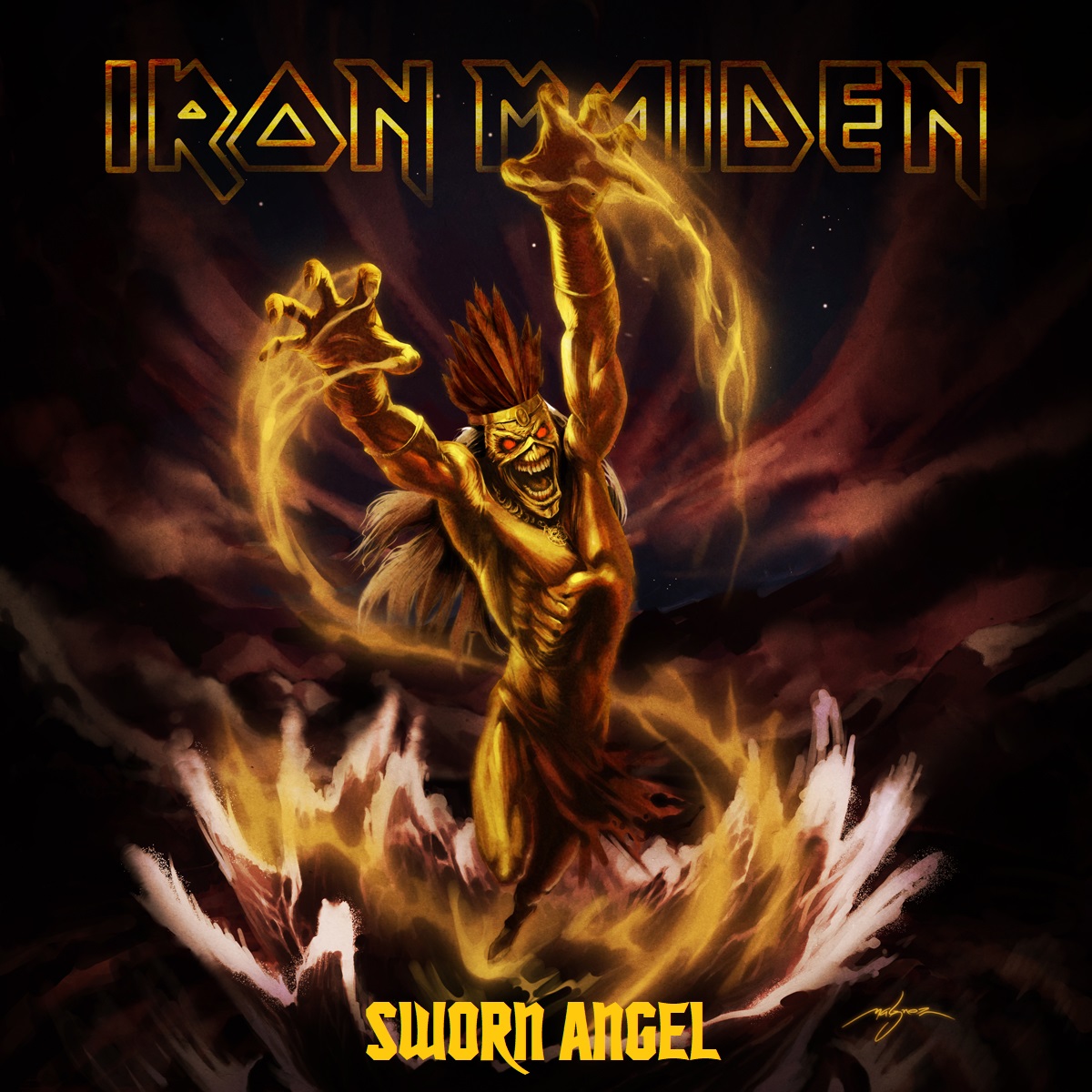 IRON MAIDEN will embark on the next leg of the "Legacy Of The Beast" tour in July. MAIDEN's 2019 North, South and Central America tour comprises 41 shows in six countries, which, combined with the band's 2018 European dates, means that by the end of this tour, the band will have taken the "Legacy Of The Beast" show to over one and three quarters of a million fans around the globe.

Steve: "We're going to be adding at least one song from the new album to the setlist as preview of what's to come. Maybe two, we haven't decided yet [laughs]. We can't wait to do a full album tour next year with more new songs in the setlist."

You seem to have invested a lot of work here.

Two songs by Murray and Smith; two contributions from Nicko. I'm quite sure this is fake.

Who cares, don't listen to Maiden anymore. All about the Crüe.

No Alexander the Great. Fake news!

Artwork is pretty cool. Where'd you find it @Night Prowler?

You just gave Diesel 10 more songs to record and write lyrics for.

This nearly had me

Staff member
I cannot wait for the new album!!!!!

LooseCannon said:
I cannot wait for the new album!!!!!

It will be super sweet for sure!

@Diesel 11 Please tell us your thoughts and rank the songs on the album based on their titles!