A windy opening with an effective spoken bit moves into a slow-building but fantastic opening piece of music, that gets bigger and bigger until it literally explodes into full force as every member hits the ground running hard. Bruce narrates the life of our protagonist hero with a thrilling performance, and the song moves through sequences like a film. The instrumental section is fantastic, and one of Maiden's best by far. It's a perfect song that was meant to be played live, and I hope that one day it'll get its due in the spotlight. 10

Forostar said:
"They gave us a history lesson"
Click to expand...

Yup, at GCSE level. He could have got more information from here:

Joking aside, tremendously great song from an instrumental point of view let down by lyrics that sound like a shopping list.

Staff member
You know, I'm going to challenge the usual concept that the song could have had better lyrics. Sure, we could have had a far more in depth treatise on the life of Alexander, but it wouldn't have been realistic.

However, if one kid out there heard this and did some research and fell in love with history... Then the song has done it's job.

Or in short: if you don't understand (the lyrics) read a history book!

LooseCannon said:
You know, I'm going to challenge the usual concept that the song could have had better lyrics. Sure, we could have had a far more in depth treatise on the life of Alexander, but it wouldn't have been realistic.

However, if one kid out there heard this and did some research and fell in love with history... Then the song has done it's job.

Or in short: if you don't understand (the lyrics) read a history book!
Click to expand...

There is no denying that Iron Maiden have opened the door to very interesting topics to generations of youngsters. No matter how mediocre I find Steve's lyrics on that song, the result was significantly better and much more interesting and thought-provoking than most metal songs of the time.

I do not know if I have posted this before, but my dad, a (now retired) Professor of Archaeology, used Iron Maiden references in his lectures more than once (thanks to his son: Flight of Icarus and Alexander the Great were the songs; he found The Ides of March less interesting without lyrics

). He would not have done that if he had thought there was no quality in their lyrics or music.
Last edited: May 10, 2019

Sung by an medieval monk in a monastery chamber. 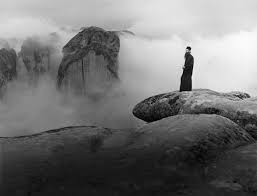 Here's another epic reaction video that is worth checking.
Well, maybe not epic, but I really did enjoy it (and other videos) since this guy knows his stuff and it's very interesting how he explains things from musical theory standpoint in (almost) real time. And in my opinion he gave the best explanation of the song ever! (at about 12:01)

Loved his reaction when Dave took over. WTF? ;--)

Yes. We know. There's no live versions. Thanks. Rub it in, why don't ya.

There is one of....Children Of The Beast.

Staff member
Hi, I've reopened this song for voting, after resetting the votes.

Please add your vote for this song and consider the following tips:

9
Musically this song is a Masterpiece. In my opinion this is the first time Maiden wrote cinematic music of this caliber and up to now it still remains their best effort in this regard (other contenders being To Tame a Land to some extend, The Nomad, Empire of the Clouds & The Parchment). The use of synths suits this cinematic feeling, especially during the instrumental parts. Each one of the musicians is on the top of his game, production flawless and sound fits perfectly with the storytelling.

The music has some bits and pieces that bring both Ancient Greece & Persia to people’s mind very convincingly. For instance, the rhythm session between 3:53 -4:35 are fitting to the ancient Pontic dance of Pyrrichos as Greek musician D. Katis mentions to Steve Harrid at 8:53 of the interview (I don't agree for his view on Mother Russia though). The dance is from Olympic Games opening Ceremony. There are various versions of the dance and this wasn't the best rhythm-wise, but it was by far the most clean I could find in YouTube. You can mute the sound and have Alexander the Great 3:53 -4:35 play in that part to see how the dance movements quite fit with the music.
Similarly the part 4:40 -4:50 brings strongly to my mind Ancient Persia images. Harmonies that follow too, bring very convincingly images of an army advancing to Persian plateau.
Then there is the "marriage" of the 2 worlds: the guitar lead harmonies from 1:07 -1:37, oriental vibes that bring Persia to mind and the accords of the guitar in background which sound very Ancient Greek to me. Genius!

Lyrically the song is a bit weak. The events are presented in random order, while huge “esoteric” milestones such as Alexander’s visit to Siwa, killing his friends or the passage of Gedrosia desert are not even mentioned. Also the conclusion “paved the way to Christianity” I don’t agree so much, this was more Roman’s work than Alexander’s. (Obviously it's meant for the language and it's another topic, but I'm sure that Latin would be the lingua franca of the Empire if there wasn't Alexander)
In my opinion Alexander’s Empire was probably more crucial for the spread of Buddhism that of Christianity. It also might be the earliest communication channel between West -China and Greco-Bactrian kingdom probably played an important role to the initiation of the legendary Silk Road.

Alexander The Great is top tier song and ranked somewhere between 18 -34 in Maiden's catalogue, probably ~20.

Facts & gossips about Alexander the Great

Where there is asterisk (*) it's more of legendary. The rest are pretty accurate and referenced.

His mother Olympias was a devotee to Dionysus.
*Alexander was allegedly conceived in Samothrace’s Kaverian Mysteries during a religious orgy.
Months before that, Oracle’s verdict was that Philipp would lose the eye with which he peeped through the chink the god, under the form of a serpent laying on the bed with his wife. (Philippe is known as one eyed king and Olympias is known to have tried to inject in ATG’s mind his “divine “ lineage)
*The day Alexander was born, 21 July 356 BC the temple of Artemis in Ephesus, one of the 7 wonders of the Ancient World was burnt to the ground. This was considered a bad omen for Asia by the Persians.
Alexander’s eyes were one blue and one dark brown, giving him a feminine touch. Body -wise he was short and strong.
Ptolemy, the grand -grand father of Cleopatra is said to be his bastard brother.
Thessaloniki, the second biggest city of Greece today, was named after his sister.
Aristotle tutored Alexander for a couple of years.
While in Corinth, Alexander offered to grant philosopher “Diogenes the dog” any request, to which Diogenes replied, “Get out of my sunlight”.
He was claiming lineage from Hercules & Achilles from his mother side, Olympias.
Upon arrival to Troy Alexander offered sacrifice to Achilles and best friend Hephestion to Patroclus.
First major Asian battle was not too far from site of Troy.
When he went to Siwa oasis to take a prophesy from Amun Zeus’ temple, the priest addressed him in bad Greek paidios instead of paidion. This one-letter-mistake was huge, meaning he was son of Zeus, instead of young man. Alexander is believed to have exploited to the max this mistake for the rest of his life, estranged from most of his companions and eventually requested to be treated as a god.
Following the above Alexander starting to loose it by the day eventually killed directly or had people kill at least 4 of his friends.
When arrived in Nysa (modern day Jelalabad), the nobles of the city requested to be granted their freedom as the city was allegedly founded by Dionysos. Macedonians saw ivy after a long time and were delighted. Alexander granted Nysians’ request.
In India Alexander captured ten gymnosophists (brahmans), and each was asked one question by Alexander. Which, no5

was asked, is older, day or night. “Day, by one day” brahman replied to Alexander’s amazement.
The crossing of Gedrosia desert on his way back and why he chose that route that no other army had crossed alive remains a mystery. Green’s explanation was that “he was determined, by whatever means, to make the long homeward trek a hell on earth for them all”.
In 15 years of conquest Alexander, had some seriously tough times (i.e. with Sogdians) yet he never lost a battle. 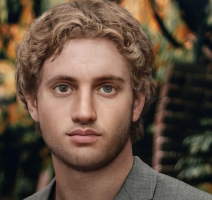 There’s a moment in the first chorus where Bruce kinda whiffs a line. Beyond that, this final epic is perfect. The display of the two amigos’ guitar work in that rapturous instrumental section is among the band’s finest. The lyrics feel written on the fly but they still really work within the song. Crazy that they never played it live, but at this point I almost don’t want them to. Play “The Duellists” instead or something. But anyway, just a spectacular finish to the album through and through. 10/10

This was always my least favourite epic from the 80's, but that says more about the other tracks than this one. Excellent song, looking forward to hearing it next year. Can't wait to lock eyes with Steve from the front row and sing along to lyrics like