The Red And The Black

I quite liked this song on the album, but I absolutely loved it live, a complete highlight. It really felt like a journey, and the instrumental section blew by, it felt like it only lasted 2 minutes.

Dr. Eddies Wingman said:
Finally, the main reason why I don't think this song is great (still solid, but not top drawer: There are hardly any changes in tempo or feel. Let's have a look at the other really long songs Maiden have done:

In my opinion, this is a good 8-minute song stretched out to more than 13 minutes. Still good, and it will probably work really well live, but not enough variation to be a truly great "sit down and listen" experience.
Click to expand...

Forostar said:
Eddie Wingman largely states objective facts. I guess it's up to the listerener if they minds these facts or not. That's where taste comes in.
I was planning to write a more detailed post on what my problems are with this song (not sure when), but EW already mentioned a lot.

People who love this song say there are so many melodies. Well, here's my answer: I also like melodies, but when they are done over lengthy frameworks (chord schemes) taking one and a half minute before it changes, it's getting too long. A different melody, solo or lyric on top sounds a bit different on the surface, but I just feel that in reality, it does not. The melodies are also simple, and a bit lengthy. It does not sound exciting.

Even though the first contains some "The Red and the Blaaaaack" lyrics, and other parts have melodies or solos, it's still all over the same chord scheme.
This is, I believe, what makes the song tedious, monotone and repetitive. In total we have around four and a half minutes of samish music, which eventually becomes one big drag.

So, I find it good until 4.58. And I like some parts from 9.09 til the end. But the 4.58 - 9.09 part: the least diverse section in the history of Iron Maiden, kills it. The problem is that it even has impact on what comes after it. There's good stuff coming after 9.09, but the interest has gone down, the patience has ended. And I even get another thought of "Another part? When does it ever end?"
Click to expand...

@srfc Not sure if people want to zoom in extensively in a different took so I drew you you here, also since you did not click on the link I posted.

The guitar work in the first half of the album reminds me a lot of Rime of the Ancient Mariner, but not as if it was stealing from it, more like they're channeling a fountain of youth of sorts. The first couple of verses are really hard to sing, but the way Bruce spits out these really fast lyrics would be a struggle for most other vocalists without sounding incomprehensible. The music can get a little repetitive and drawn-out sometimes, but it still sounds like classic Maiden and the 13 minutes still don't feel all that long. A fun song. 8.75/10 (which I'll round up to a 9)

About the Live Chapter version:

Slightly better than the title track and therefore the best song on the album (The Book of Souls). The diversity is shown at it's finest. Guitar riffs are out of this world and insane. Makes you feel immortal. 10/10, best song of the 10's Maiden and their absolute monster epic.
Last edited: Jan 21, 2018

"The Red and the Black" is easily one of the best of the post-2000 period, if not one of the best ever. Fabulous intro leading to a very strong and memorable riff that carries the first verses, and anthemic choruses reminiscent of "Heaven Can Wait"; extremely varied instrumental section follows, which evokes the feeling of something right off of Powerslave. Masterfully written lyrics beautifully sung by Bruce, who delivers yet again a terrific performance. Another brilliant Steve Harris masterpiece almost as good as "Rime of the Ancient Mariner", and definitely the best track on the album (alongside "Empire of the Clouds", although, in the context of the entire album, "The Red and the Black" wins that position). 10.

Worst song on Book of Souls

A very, very hard song to rate. The first time I heard it I absolutely loved it and I can still see why, but I just find it very hard not to get distracted while listening to some parts in the middle of the song. I would say the song is amazing up until five minutes in, then it starts lacking something to make it memorable and keep your attention. I know Rime isn’t a fair comparison since it’s widely considered one of their best, but I would never lose my focus on it, since every second feels like a part of a great adventure. That’s what this song should be like, so while I still find it to be good, I can’t give it more than a 7

This song is the perfect example that MaidenFans have a wide range of tastes.

Diesel 11 said:
This song is the perfect example that MaidenFans have a wide range of tastes.
Click to expand...

How so? You obviously dislike the song, lots of others agree with you, I don’t, and there are others that agree with me. Thus the post I made earlier still stands. You can laugh at it all you like, but the truth is that there are people with different opinions than you. So much for that.

A nice bass solo kicks into an uptempo groove with some sweet percussion before slipping into a classic Maiden rhythm. Bruce does what he can with an overly busy verse vocal that has some unnecessary guitar doubling. A nice instrumental pre-chorus leads back to the verse, then the next pre-chorus is augmented with some decent "whoah-ohs" before hitting an out of place synth stinger(!).

A less busy verse variant leads into the pre-chorus. Another round of simpler verse and pre-chorus, and after a brief interlude we break into a bright, appealing chorus. Bruce strains a little here, but not as much as on the busy verse.

A melodic interlude leads into a great Adrian solo, followed by a pair of good solos on top of a marching beat, before falling back into a nice extended melodic break. A strong bluesy solo cuts into another uptempo interlude, this time with some excellent melodic and harmonized guitar leads. Love the groove throughout this part.

An ascending riff slowly builds up into the "whoah-oh" pre-chorus and a final vocal line before ending with a bass solo reprise.

This is a long song with a lot of elements to it. I think the instrumental back half is excellent, but the overly busy initial verses aren't the best, the pre-chorus is merely good, and Bruce strains to hit notes in a number of places. The verse also wears out its welcome with a little too much repetition.

On balance I think this still rounds up to an 8/10.

My favorite on the album. Great melodies and vocal lines

KidInTheDark666 said:
My favorite on the album. Great melodies and vocal lines
Click to expand...

Now I’m scared to see your thoughts on EOTC...

Empire is my second favorite. The only reason why I like TRATB more is the stronger instrumental section. But yeah Empire is probably the better song objectively.

"The Red and the Black" nearly comes close to beating "Rime of the Ancient Mariner" in runtime, so it really needs to have something to back it up. And it does. A great bass intro explodes into a furious riff before we get to some very overloaded verses that Bruce manages to make short work of (though it's unsurprising he wanted to strangle Steve over them at first). The "whoa-oh-oh-oh-oh" chant is great, and the instrumental section here is awesome, and works even better live. The only issue with this song is the chorus, which goes on for a bit too long. I'll dock a point for that, but the rest of this song is awesome. 9

The whole instrumental section in this song is pure magic and one of Maiden's strongest ones! Great bass intro, riff and solos, especially Adrian's ones. The whoa-oh part is amazing as well as the chorus. Fantastic triple-lead guitar harmonies (especially at the start of the song where the verses are also amazing).... the bass outro is kinda unnecessary, the verses are good and hard for Bruce IMO.* Maybe the song is too long with its 13 minutes, some parts are repeated near the end of the song.... 9 minutes long would have been also good, but overall it is a very strong song -> 9/10.

*Here's what Steve says about the the song and how Bruce was not satisfied with those hard verses and had a hard time recording the song:

I've written a few like that in the past, and Bruce does freak out a bit about it. I'll write all these words and he'll go, "I can't fucking sing that!" I'm not a singer so I'm not aware of how tough it is to sing this stuff. In my opinion, Bruce is such a great singer he can get his head around anything. Sometimes he does get the hump with me, and fair enough. I understand why he gets frustrated. But he usually ends up doing what I want him to do. He's cool with it all. 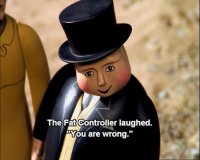 The Red and the Black is a 10/10. All other scores are unacceptable.

Collin said:
The Red and the Black is a 10/10. All other scores are unacceptable.
Click to expand...