The Problem with the X-Factor?

LooseCannon said:
There's really two camps here - those who appreciate Steve's vision and those who don't.
Click to expand...

Ain't that a bit of over generalization?

The album's got problems, you can shun them, they still remain. I won't repeat myself here - about production - the situation is crystal clear with Maiden who always wanted to keep the live energy in the studio - compare it to live soundboards and see where it fails for yourself.

As much as I like all tracks, the Unbeliever feels shallow until it hits the mid section. The dry sound of the album is not what that song needs. The verses sound like a demo. Judgement Day would be a Painkiller level track if it had concise lyrics about something, I can't see why they choose to put Look for the Truth, although I like that track and feel a nostalgic connection to it, it did the album no favours.

Then you get to the development of epics, which is OK but not quite there yet. The out of place, just on/off approached, fast section of Fortunes of War, for example. Stuff like this has been perfected in the years to come, parts on AMOLAD for instances seem cohesive compared to this (like double time switch after BTATS first solo).

Then you get to the Blaze's voice, which is good, correct, fit for the album, but it's nowhere near exciting as anything Bruce or Paul have done. The vocals mostly ramble along the verses, listener is caught via some good lyrics, but vocal delivery is not the catch here.

Then you get to the absolute lack of bonkers energy on the album, underutilization of Gers and everything. Three albums in, there is no trace of exciting breakdown like on No Prayer For The Dying's title track, which was his first.

This album is doom and gloom all the way, with occasional contrasting moment that just emphasizes the depressive bulk of the album.

It didn't need to feel like that - check out live Fortunes of War, or Blood on the World's hands, they're dark and powerful, really modern sounding especially the breakdown of the latter.

The album's production is a mistake. These mistakes have been put to table and rectified in 1999. That's why we know they're mistake. I'm really glad that you all like the sound of it, I certainly don't mind it, but it's not good. Just like IM1 is not good, regardless of how fit it feels.

LooseCannon said:
There's really two camps here - those who appreciate Steve's vision and those who don't.
Click to expand...

Blaze’s chronically off-pitch vocal performance would be offputting to many people completely independently of whether they were into Steve’s vision for the album or not.

Also, X Factor is first album were they dropped idea of forcing some radio friendly songs to gain more fans, and
album without filler songs.

X Factor, IM, TNOTB and BNW are most important albums in Maiden history.

I don't think they're the best records... but indeed I've no doubt they're the most important when it comes to the development (and in some cases continuity/ survival) of the band's sound evolution. Must admit you nailed it 100% on this one.

Say what you will guys. This is just embarrassing, even live


From the lack of energy for the most part, the simplistic and repetitive ( well, what do you know) guitar chords, the middle of the road lyrics, the reuse of the ATSS melody in the beggining and the wasting love lick on the faster part. Ok, I understand that some people might like this son but clearly this half baked as hell. Dear Lord, Blaze does not even when it is his turn to sing during the slow part.

"What you will guys".

karljant said:
"What you will guys".

haha, got my queues from Steve's lyrics there!!!

Spaldy said:
Martin Birch who famously made Bruce sing the intro to NOTB over 100 times to get it right.
Click to expand...

I thought they eventually concluded that the purpose of this exercise had been to wind Bruce up on purpose, so he could do "the scream" convincingly?

Perun said:
It's usually Team Steve vs Team Bruce or Team Classics vs Team Everything.
Click to expand...

As usual, I'm left wondering what team I belong to

As for the discussion itself, well, it's a sorrowful, introspective album about depression, personal problems, damnation and deliverance, with mood oscillating mostly between brooding and downright bleak... and without Mr Air-Raid Siren. One of the most unique albums they ever put out.

So yes, it has a problem. The vox populi problem.

I believe I have read (somewhere) even the argument that it's bad because of Maiden's lackluster numbers in both sales and concert attendance in the US. As if that is supposed to prove anything.

Indeed, the US metal audience that first got hell-bent for Every Rose Has Its Thorn 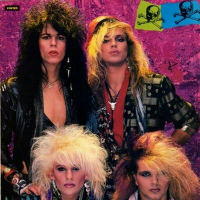 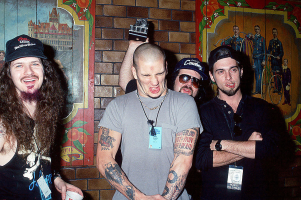 disliked it, so it must be bad, see?

However, IIRC, 'Arry never turned his back on the album and is still proud of it. That's how it should be. It's not your "party Maiden" album. It's your "sitting in the darkened room after all your efforts have resulted in absolutely nothing, watching the lone candle as it slowly goes out."

Maiden have always been a tad formulaic and this is actually one of the greatest efforts to break the formula at least a little bit.

And thank God they actually had Blaze (the broken, mysterious, veiled storyteller) for it and not Bruce. With his pirouettes and belting, half of the atmosphere would have been completely lost.


On the other hand, even I'm willing to admit that the production has issues (although I wonder if it would feel as personal as it does now) and that some of the songs could have stayed in the oven a little bit more. Still doesn't discourage me for having it somewhere in my top 3-4 Maiden albums... pretty much all the time.
Last edited: Aug 13, 2021

Have't read the entire thread, but regarding summer 2021 posts there's no Steve vs Bruce. Team Classics maybe but criticism comes from people that appreciate the current era too, so it's not that either. It's about production, Blaze's performance /song-writing.

I'm not arguing about Silicon Messiah. It's a brilliant, brilliant album, so it's not about Blaze too. He could have done so much better in Maiden under a different song-writing /production approach.

Yeah... I pretty much agree on this one. But one never knows... perhaps it exists (but even so it isn't that evident on the forum).

Nah... there's definitively some divide here ( @Magnus and others called to the reception - you know who you are

IMO there's nothing blatantly wrong with it. But hey: to each his own.

Here I must agree. Blaze's performance is subpar at best (but man did the guy grew immensely as a singer throughout the years past his departure from the band).

Love all the songs he wrote for the X Factor... plus Judgement Day (hell of a tune).

______no5 said:
I'm not arguing about Silicon Messiah. It's a brilliant, brilliant album
Click to expand...

See? IMO Silicon Messiah is absolutely devoid of interest. Basically it comes down to personal taste

... and since I mentioned it let's be true to ourselves regarding this thread. Perhaps besides Blaze's somewhat uninspired vocals everything else comes to a matter of TASTE. And even regarding Blaze's singing there are people that don't mind him being out of key here and there since they think his voice really fits the dire ambiance of the record.. Well while I don't agree with them I can see where they're coming from (so even this is somewhat a matter of personal taste). I really like TXF overall dark feel to it, long and immersive songs and pretty much prefer its production to some of Birch's excessively clean sounding albums from the 80's such as TNOTB, POM, Powerslave (Killers, LAD, SIT and SSOASS - my favorite Maiden production to this day are other completely different story though). So yeah... Long story short: what's wrong with The X Factor? Nothing. It's a somewhat polarizing album? Yup. But using the word "wrong"? As an example my least favorite Maiden album is Fear Of The Dark. I pretty much dislike almost half of the record. But what's wrong with it? Nothing. The boys tried other venues that I simply dislike and that's exactly the same thing that happened with TXF for other people. Some fans love it, some hate it while some other kinda like it. And that's all that it is. Hey... there are 15 other maiden albums to listen to if you're not into TXF (and fortunately soon there will be one more).
Last edited: Aug 13, 2021

JudasMyGuide said:
Indeed, the US metal audience that first got hell-bent for Every Rose Has Its Thorn

Well spotted ehehehhh. The 90's were a hell of a revolving crossover mesh when it came to heavier rock (not that's a bad thing quite the opposite). IMO the only bad thing is the outcome on the latter years of the decade with Nu-Metal reigning supreme. But hey... even that reign was kind of short (while it seemed like centuries to me).