Lampwick 43 said:
I wonder if they will play any DT songs. I think its possible they could play something from FII, when both Portnoy and Sherinian were in the band.
Click to expand...

You are a prophet! That is exactly what they are doing according to this:

I will be seeing them in May in Houston. Looking forward to it!


Cool for Jeff to pay tribute to his heritage, but still feels like a quick ploy to make fans on their Mexico/S.A. tour. 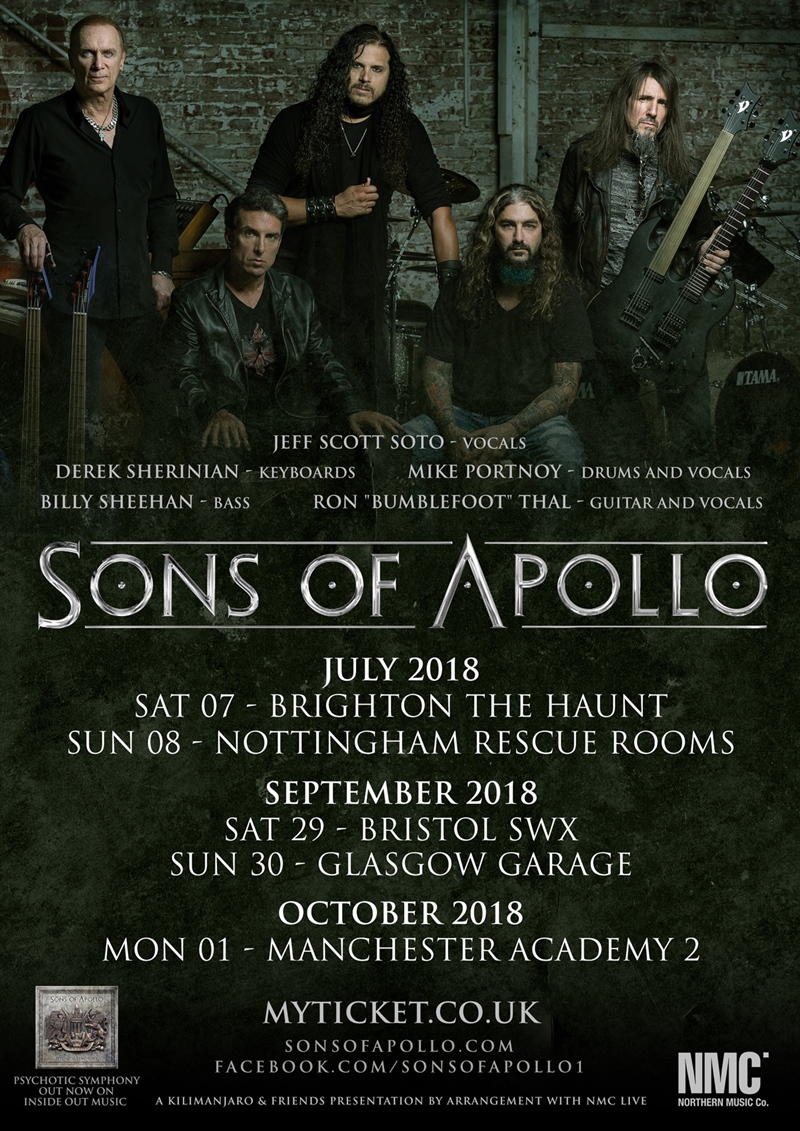 A few more dates for anyone who is interested. This time they're actually playing in Glasgow instead of Motherwell.

Shit, that's a toughy. Can't decide where I'd rather go for a gig.

I agree. Fir Park would make a fantastic location for a Metal concert.

Saw SOA last night and pretty much agree with everything @MrKnickerbocker said in his review. Outside of GNR, I was not familiar with Bumblefoot. Not only is he a revelation on guitar, but he is a hell of a singer! Watching him and Billy together was jaw dropping!

After being a huge fan of the first 2 Yngwie cds, i FINALLY get to see Jeff sing live. He sounded great and is a very playful front man with both his fellow bandmates as well as the audience.

Seen Portnoy and Billy live previously twice with Winery Dogs as well as Portnoy with DT but this was my 1st time to see Derek. After his keyboard solo, now i know why he is referred to as a guitarist on keyboard


Never heard Eruption played on keyboard before! Very cool! Even though i love the PS cd and it all sounded perfect live (especially Opus Maximus), my favorite song of the night was Lines in the Sand!
Would love to see this band live again but my fear is at least one of them will quit and move on to some other project after the tour is over. Time will tell...

Black Wizard said:
Motherwell is not in England.

But this is actually happening: https://culturenl.co.uk/sons-of-apollo/ Why the hell are Sons of Apollo playing in Motherwell? Of all places!

And neither is Belfast lol

Why do a lot of folks from the States call the UK "England"?

Is it laziness, or do they really think the UK is also called England? It baffles me.

Welsh Phantom said:
And neither is Belfast lol

Why do a lot of folks from the States call the UK "England"?

Is it laziness, or do they really think the UK is also called England? It baffles me.
Click to expand...

I didn't notice that one.

I guess it's like how most of the world talks about Holland but the Dutch and Germans/Scandinavians talk about this made-up place called the Netherlands.

Black Wizard said:
I didn't notice that one.

I guess it's like how most of the world talks about Holland but the Dutch and Germans/Scandinavians talk about this made-up place called the Netherlands.
Click to expand...

That is another good example.

But these bands have actually played in Scotland, Ireland and Wales, so they should really know better.

Staff member
So James Labrie had to pull out of his headline slot at ProgPower 2018. His replacement? Sons of Apollo.

It is a pretty big gig because it's the biggest progressive or power metal festival in the USA.

I bet Mike Portnoy is loving that Sons of Apollo replaced James LaBrie.

Chance to win tickets for their UK dates at the end of this month in Glasgow, Manchester, Bristol and London. If Niall enters he'll definitely win.

I will look forward to the future dvd release, the venue they played at is absolutely gorgeous!