Melony said:
I'm impressed with the band's decision not to use harmonies in these examples, even though it would be typical Iron Maiden.
To me, they all sound more forceful, more incisive, bigger without harmonies.
Click to expand...

Agreed. I very much enjoyed watching that video as a theoretical exercise.
However I don't think any of the songs would have sounded better on the album that way.

'Senjutsu' is gold in Sweden. 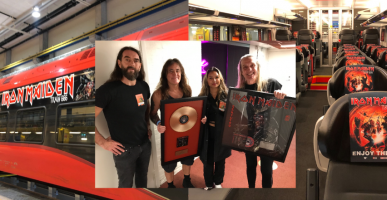 20 000 album equivalent sales then. Great, considering that CD sales are non existent here, while streaming is very big. I wonder how many were physical CD's and Vinyls. 10 000 to 15 000?

On a sidenote, Brave New World made the old 40 000 mark and reached gold, while Dance of Death made the next and lowered 30 000 mark for gold back in the day. Then later it was lowered again to 20 000, which I think they have kept to this day, and all studio albums released since then have achieved that.
Last edited: Jul 26, 2022