Some curious bits from a recent interview with KK:

About his solo band name: ''JP lawyers sent a letter to my record company making threats of legal action if I went forward with KK's Priest. But for the moment, nothing happened. I think they made the threat (but decided not to follow through with it) to try to stop me making the band.
I think a lot of fans will understand that I have been a Priest since 1968. I've wanted to be a Priest since. I've traversed the road of the evolution of music as we know it today. We went from blues, when I was young, to progressive blues to rock to hard rock to heavy rock to heavy metal. I've been on that journey. So I believe that I have a right to continue as a Priest, because some of the guys in Priest now, I haven't met them, and they're playing my songs, which is fine. But if they have a right to be a Priest, then I have a right too. And I can't start something absolutely new. I can't sound like a new guitar player. I can't write like a new guitar player. So everything I do is gonna be reminiscent of the past to the fans. So that's when I decided that I was gonna call the band KK's Priest. And I think it's gonna be absolutely fine; I really do. And the face of the band, that will evolve, and that will be on the journey with us.''

About his future plans: ''There's so much yet to come -> there's more videos, more songs coming your way. And there's more albums to come also.''

About his loyalty: ''I think I was the valid member who was very loyal and true. I didn’t record with other musicians. I didn’t have my own web shop. I never sold my own merchandise. I was the loyal Priest fan. If I had strong material, it always went to Priest.
Halford had some pretty good songs when he was working with producer and songwriter Roy Z. I think those songs should have come to Priest, really. Everything I had, if it was strong, came to Priest. I never took strong material and took it elsewhere.''

Forming a band with Halford: ''A couple of weeks after I walked out, Rob and his manager wrote me a letter. They wanted me to form a band with Rob and some other musicians. Jeff Loomis [current Arch Enemy guitarist] was one. I can't remember the names. But I've got the e-mail… I just ignored it -> You have to ask him. No one asks them questions. No journalist asks the other guys questions."

^ Interesting. Probably this was after they've announced the Farewell/Epitaph tour and before they realized that it won't be their last tour.

In a brand new interview with Sakis Fragos of Rock Hard Greece, founding JUDAS PRIEST guitarist K.K. Downing elaborated on his decision to call his new band KK'S PRIEST, an obvious nod to his forme... 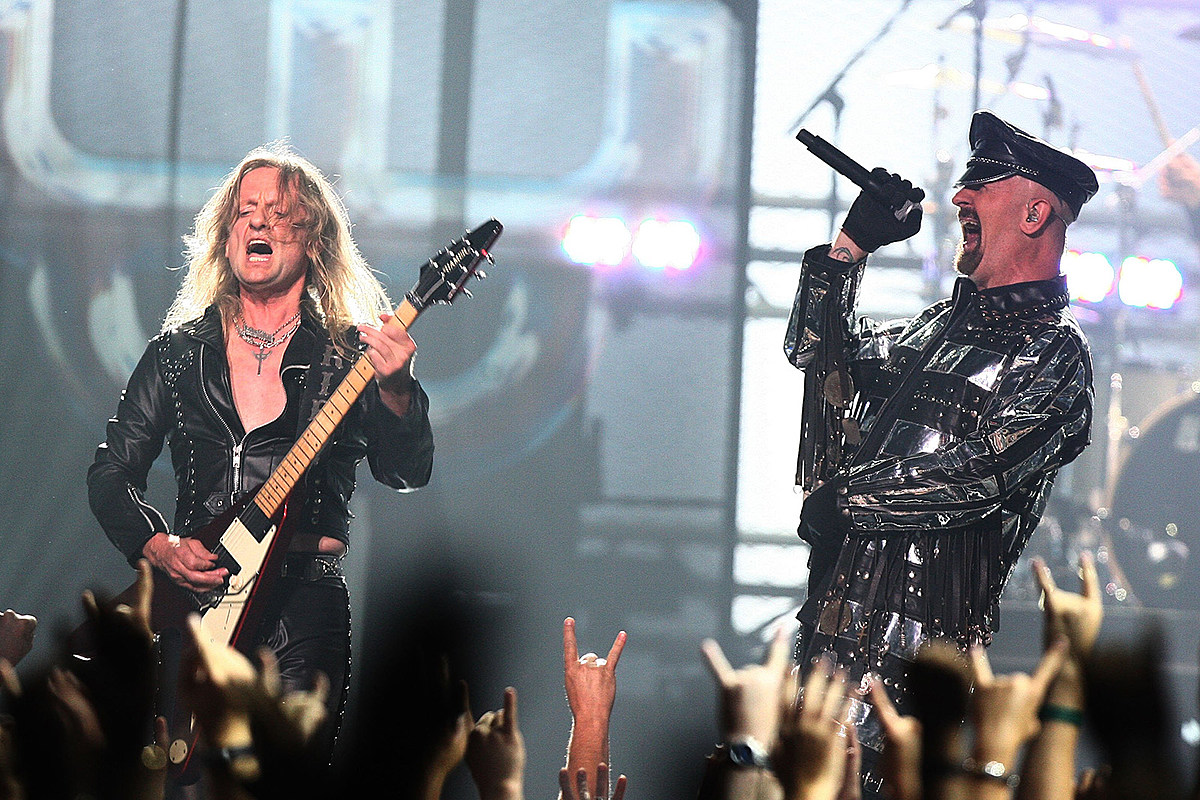 I don't know but KK seems very, very, very salty to me.

I don't blame him for his bitterness.

Why, though? Do you think his attitude lacks merit? If so, why? KK was always the working horse of the band, and the one who always gave way to Tipton and co (sometimes for better, other times for worse). Feeling underappreciated and neglected is a powerful emotion, and one that in his case has cause. Again though, KK is evidently rather difficult person, who finds and holds grudges, sometimes for stupid reasons - But Glenn has made it clear he isn't above that either. KK ultimately dedicated himself to the band in a way that neither Glenn or Rob did and they aren't willing to let bygones be bygones, like they did with Rob.

As did Rob Halford. KK is still a chairman of the band corporation, co-owner of the band, and he said he didn't want to do the final tour, only to backtrack a couple of days later, before anything was announced. They thought he was becoming a nuisance and just decided to drop him rather than square things out with Glenn. But again, Glenn is known to be closely involved with the band longtime acting manager, so that makes those decisions easy, which was also a cause of frustration on KK's part (and apparently on Ian's), as they called the shots. They should have worked things out and at least have allowed him back after Glenn withdrew - But again, that decision obviously lies mostly with Glenn.

Staff member
It is what it is, you know.

Night Prowler said:
It is what it is, you know.
Click to expand...

It is, and it's obvious why KK's feelings and views have merit. If I was KK though, I would have driven to Glenn's house 10 years ago, or even three and smoothed things over. If he had, then this could have turned out differently. Emailing doesn't solve much when it comes to longstanding conflicts.

I really, really, really want a Priest with KK and Richie. If that's not happening then I'm fine with KK's Priest. I just wish the output was stronger. Hellfire Thunderbolt was good, but that's not enough when Priest put out Firepower.

Yax said:
and the one who always gave way to Tipton

Glenn is known to be closely involved with the band longtime acting manager, so that makes those decisions easy, which was also a cause of frustration on KK's part

It is, and it's obvious why KK's feelings and views have merit.
Click to expand...

Some things which I've remember from his book.

Yax said:
They should have worked things out and at least have allowed him back after Glenn withdrew
Click to expand...

This would have been their best move, really. The mistake of leaving in the first place is his, but the examples are many when a key band member quits and after some time - reunion. So it is possible, but sadly, the comments from K.K. burned some bridges. As I said before, ''the battle of the egos'' in the band through their whole career was their big problem... it will be for any band, tbh.

He should have done the Farewell/Epitaph tour (it seems he changed his mind a little too late for that) and then probably the band would have retired (Richie saved the band, as Rob and Ian said). Their decision about a farewell tour was rashly.
- K.K to form another band with Rob after that would have been pointless.

Yax said:
I really, really, really want a Priest with KK and Richie. If that's not happening then I'm fine with KK's Priest.
Click to expand...

''That's a very unusual album because to me, 'Turning Circles,' 'You Say Yes,' and 'Don't Go,' those three for me just seem a little bit off balance.''

''Turning Circles'' is the fourth best song in the album imo.
''You Say Yes'' is an awful filler with probably the worst chorus in Priest discography (top 10 worst songs of the band for sure).
I like only the chorus in ''Don't Go'' (which was the first single from the album).

Staff member
Anyone know what Priest’s countdown is all about? I’ve read that while they’ve been working on material, they’re not quite finished yet. Seems weird that they would have something on the same day as Maiden. If it were related though I feel like the two things would’ve been coordinated more. At the same time, Priest’s announcement is getting totally drowned out by the Maiden hype, even in non-Maiden focused circles.

Staff member
Richie is joining Maiden as Dave's replacement, and KK is coming back to replace him. It is what it is, you know.

Mosh said:
Anyone know what Priest’s countdown is all about? I’ve read that while they’ve been working on material, they’re not quite finished yet. Seems weird that they would have something on the same day as Maiden. If it were related though I feel like the two things would’ve been coordinated more. At the same time, Priest’s announcement is getting totally drowned out by the Maiden hype, even in non-Maiden focused circles.
Click to expand...

A tour? An “album has started” announcement?

Honestly, it feels like classic Priest: a little bit cheap and trying to follow someone else’s lead.