I just read this as "is Adrian butchering Janick's nose" ...

Is this the picture of Paul Di' Anno which Derek Riggs used as a reference for his Maiden Japan painting? 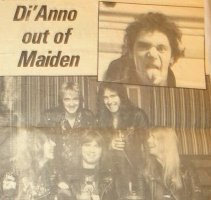 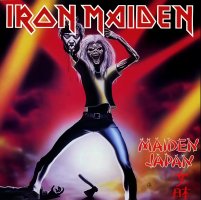 But Paul left after Maiden Japan was released. And this was the original cover: made before Di'Anno was out of Maiden.

Staff member
To be fair, we don't know when the picture was taken. Just because it was used as a reference photo at the time of Paul's departure doesn't mean it was taken then - it was probably taken far earlier. The similarities are very suspect so it may have been the one Derek worked from.

Awesome. Never saw this. Nor the info and photos of the 1998 Norwich concert.

TheTalisman said:
The Kerrang Awards took place in June 1995 (the time when Bruce cut his hair) so the photo can't be from 1995.
Click to expand...

Bruce cut it early 1996 or very late 1995. I distinctly remember being in shock of his short hair in earliest Skunkworks promotion era. A live acoustic edition of Inertia on Dutch TV. This was in 1996, not long before the album came out.

Forostar said:
Awesome. Never saw this. Nor the info and photos of the 1998 Norwich concert.
Click to expand...

That picture was taken backstage at a Bruce Dickinson solo gig.

Forostar said:
Awesome. Never saw this. Nor the info and photos of the 1998 Norwich concert.
Click to expand...

what happened in Norwich?

''No Jan, I won't give you some of my solos like Adrian'' 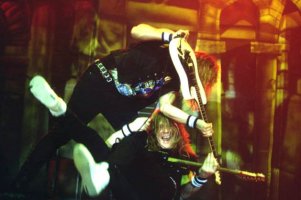 Kalata said:
''No Jan, I won't give you some of my solos like Adrian''