The new album will have 4 bonus songs:

For this big reunion I expected at least one song written by Kiske and one more written by Kai (with only him on lead vocals - still has a chance for that)... 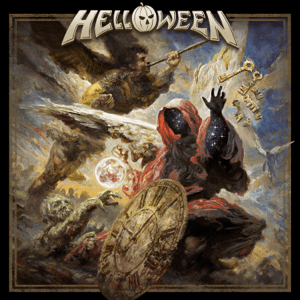 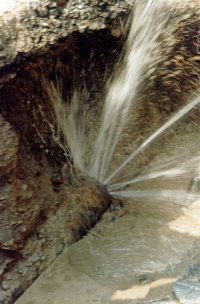 And so far (I'm listening to "Cyanide"), the album is

(EDIT The earbook is on its way to my house. I bought the last one. )

Gave the new Helloween a listen, and it’s a bit of an odd cookie. Musically it’s pretty epic and strong, with a certain amount of recycling, but also some cool new things going on with the multi-part vocals. It still has a strain of goofiness to it that I’m not thrilled about (something common to all Helloween albums, but mostly absent in Gamma Ray), but I can’t argue with the idea that this is at least the best album Kai Hansen has been involved with since Gamma Ray’s Majestic in 2005. It has elements of the component band members’ sounds, but it does feel kind of new, too.

I still would have preferred a high-quality Gamma Ray album over this, but this is good stuff and I will probably buy it. Hopefully this refills Hansen’s creative well and he can come back to Gamma Ray someday soon with a new sense of inspiration. (But he’ll probably stick with Helloween instead to collect the easy cash…)

Staff member
OK album, but they played it super safe.

Kai Hansen only having one writing credit is a joke and a waste. Good album though.

Then again, if it's fair to compare them, Adrian only had two writing credits on Brave New World but has had a much bigger role since then. Maybe Kai Hansen will write more for the next album (if they do one).

The new album is good. Full of melodic solos/harmonies and good choruses, as one can expect from the band.
Maybe I had high expectations, but this album is one of the best albums of the band as a whole piece. Good production and great album cover.
The shared lead vocals between the three vocalists sounds cool (Kai's parts are the least).

- could have been a better album with more songs from Kai imo... (no song with only him on lead vocals, unfortunately).

It's curious if they will continue making albums and tours with this formation of the band.

Here's my review of the album:

1.Out For The Glory - this song has a strong Keepers vibe. Good chorus and the instrumental section is unmistakable Helloween. Kai's inclusions in this song are great.

2.Fear Of The Fallen - the most memorable chorus from the album. Great acoustic intro, chorus, riffs, solos, harmonies and verses. Top song.

3.Best Time - attempt at a hit song. Short rocker with fantastic melodic riff and a memorable chorus (btw, the chorus/verses/bass under the verses sounds like the ones in the Unisonic song ''Exceptional''). The solos are good and the verses fits the song. Good song.

4.Mass Pollution - this song has one of the best choruses in the whole album. Awesome metal riff, aggressive verses (done great by Andi) and great solos. Very good song.

5.Angels - this song is half ballad with a slow instrumental section. The chorus is the best thing in it. Not one of my favorites from the album.

6.Rise Without Chains - typical sounding song for the Deris era (especially in the verses and in the chorus). The main melodic riff is great, the chorus is cool and again, great solos.

7.Indestructible - probably the song with the best verses in the whole album. Awesome pre-chorus, great chorus and triple-lead guitar harmonies.

9.Cyanide - another typical sounding song for the Deris era. It's not a bad song, but not that good either. Average song with nice verses and chorus.

10.Down In The Dumps - the intro sets the mood of the song quite good. Heavy riffs. Very good chorus and instrumental section.

11.Orbit - typical nice intro for the band that sets the mood for the following song.

The three bonus songs are quite good imo:

13.Golden Times - great intro (with awesome riff). Good verses and chorus. Very good instrumental section. Typical song for the Kiske era -> only Kiske on lead vocals.
14.Save My Hide - strange song with a strange intro, but with a very good chorus. Again, typical song for the Deris era -> only Andi on lead vocals.
15.We Are Real - typical happy song for the band. Fun song -> co-lead vocals by Kai and Andi.
16.Pumpkins United - this is a song in which the whole style of the band is presented fantastic. Great riffs, harmonies/melodies, solos, verses and especially chorus. The whole instrumental section is amazing. Top-notch song from start to end! Kinda wish it was part of the album.


I really wished the album had a song with only Kai on lead vocals (at least as a bonus song... missed opportunity, but if they continue making albums, I think it will happen) or a song written by Kiske, but the most important thing was the album to be good.
The performance of all of the band members is great. Kiske's voice is the same as like in the 80's - amazing!

Well, it’s definitely dropped down in tone a bit. And I thought he sounded a bit autotuned on this album, frankly…

Kalata said:
It's curious if they will continue making albums and tours with this formation of the band.
Click to expand... 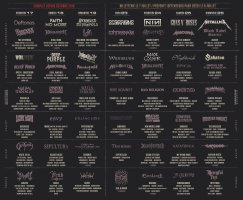 Poto said:
Kai Hansen only having one writing credit is a joke and a waste. Good album though.
Click to expand...

Is it? He hasn't put out a good album since Majestic. That's 15 years. He doesn't write chunks of great songs anymore, so I'm OK with him taking the back seat.
Last edited: Jun 18, 2021

Staff member
Majestic has higher highs but I think LOTF II and To The Metal! are overall better albums.

Yax said:
Is it? He hasn't put out a good album since Majestic. That's 15 years. He doesn't write chunks of great songs anymore, so I'm OK with him taking the back seat.
Click to expand...

My first impression is that Skyfall is the best Helloween song since The Dark Ride, so it would have been nice to have at least one more song with his credit. Even a co-credit. Pumpkins United was a really fun and cool song, and he co-wrote that.

I wonder why they choose to write songs mostly on their own. Sharing ideas surely can't hurt.

I think part of why Kai didn't write that much is, and this is quoting a longer Kiske interview from Sweden Rock Magazine, there is ego issues with Kai that he is working on. He is used with being a band leader and have his way, which doesn't work in Helloween. He has had a bit of problem adjusting to just being one in the fold. They were up front with him that they wanted him as a guitar player, and not a vocalist. He right away decided he'd do the backing vocals because he wouldn't get to do lead vocals, which they sort of shrugged about and let him do.

Jer said:
but this is good stuff
Click to expand...

This was important. Yeah, I expected a fantastic album from start to finish (my expectations were high given that Kai and Kiske were back and because of the great singles released prior to the album), but still the album is good with a few not so good songs, but the overall quality of the album is consistent. It definitely will grow on me with every listen. This is their best album as a whole piece since 1996 imo - and that says a lot. For me the album has 4 absolutely fantastic songs (if we don't count the bonus songs).

But I wonder something: if this album will be regarded as one of the band's classics in the future...

Poto said:
Then again, if it's fair to compare them, Adrian only had two writing credits on Brave New World but has had a much bigger role since then. Maybe Kai Hansen will write more for the next album (if they do one).
Click to expand...

It was a little bit different (in a way) for BNW album, because Maiden had four songs ready - three were originally written for VXI album and work has also begun on ''Blood Brothers'' during that period.

I think if there are more albums in the future, Kai will write more songs. Kiske too.
Regarding songs by Kiske, he himself said that he was hesitant to offer his songs, given the many composers in the group who already had material ready. But Andi encouraged him to share his ideas next time. Kai said in an interview that he had many ideas for this album, but thought that they were not good enough.
Last edited: Jun 19, 2021

I couldn't understand one word in the opening track. Okay, I played it in my car, going home from the music shop, but still.

Yax said:
Is it? He hasn't put out a good album since Majestic. That's 15 years. He doesn't write chunks of great songs anymore, so I'm OK with him taking the back seat.
Click to expand...

I just realized I completely forgot about Unisonic… First album is great.

Forostar said:
I couldn't understand one word in the opening track. Okay, I played it in my car, going home from the music shop, but still.
Click to expand...

I am listening to it at the moment and can sympathise with you!

I was tempted to quote Queen Elinor:

"Enunciate. You must be understood from anywhere in the room, or it's all for naught!"

The opening track was too Eagle Fly Free-ish for me. I feared for the other Weiki tracks but liked Robot King. I do not like the vocals (and lyrics) in his third song (Down in the Dumps) much. Maybe it will grow a bit.

Understanding Kiske is close to impossible. Great voice though.