My opinion of their best period extends further than some (1999-2009), and I've got to say that few bands I like have a hit rate with good albums quite like Dream Theater from Images and Words to Portnoy's departure. For me Falling Into Infinity is my least favourite of them, despite containing plenty of songs I like, as well as my no.1 favourite DT song.

Sadly I've not been as keen on their work with Mangini, although there's still plenty of good bits here and there. I am digging this new album so far though.


- Untethered Angel I like. It's unashamedly by-the-numbers DT but for me it works. Good riffs, a great chorus and enough solos to remind me of what they can do, without there being so much that it constitutes wankery.
- Paralyzed again, I'm a fan of. Some have criticized it as being the "Forsaken" of the album but in all honesty I think Forsaken is brilliant. Paralyzed has a nice build in the verses and I chorus that i think is excellent. Once again it's Concise Theater here.
- Fall into the Light is excellent. I liked the verses immediately and the chorus has grown on me, though still isn't up there with my favourites on the album. From the middle break onwards it is superb. Beautiful midsection that really caught me off guard, anda short and brilliant solo from John at the end to cap it off.
- Barstool Warrior is the highlight for me. Nice build up, moody verses and a beautiful chorus. Excellent emotional ending.
- Room 137 is at best interesting and different, I'm unsure what to make of it so far but it's definitely not clicked with me just yet. Definitely will rile those criticizing the vocals sounding for processed.
- S2N is reasonable, I'm hoping it grows on me. Nice, if not yet massively memorable chorus.
- At Wits End has a really great intro, however the rest of the first half needs a lot more time to sink in. The second half is beautiful, John's solos really are standing out to me as excellent on this album. To my surprise the hidden part at the end didn't feel like pointless time-adding, rather a nice way to round off the song.
- Out of Reach is pretty standard DT ballad fare, I just wish more of it sounded like the part in the trailer.
- Pale Blue Dot has a lot going on. Definitely needs more time for me, all that's stood out so far is the occasional bit of beefy riffage and a part that reminds me of Star Wars for some reason (anyone else hear this?)
- Viper King is fun and a pretty good song but I get why it's a bonus track.

At this point I think it's worth saying that for me, they really hit the nail on the head with what to put in the trailer.

This is a very strong candidate for my favourite Mangini album, though sadly it will probably struggle to compete against the majority of the albums that came before that. At this stage in their career there's probably not much shame there, as it's still a very solid release, and has in a way helped me "make-up" with modern day DT.

Stardust said:
And if those 19-25 minutes feature a three-to-five minute atmospheric filler sequence or not to pad out the length.
Click to expand...

That atmospheric filler in The Count of Tuscany is monumental, though.

I gave in to the temptation and listened to some songs, not the whole album yet. From what I've heard, JP plays some sick stuff on the album. His solos have got a slightly different flavor to them this time, I feel. 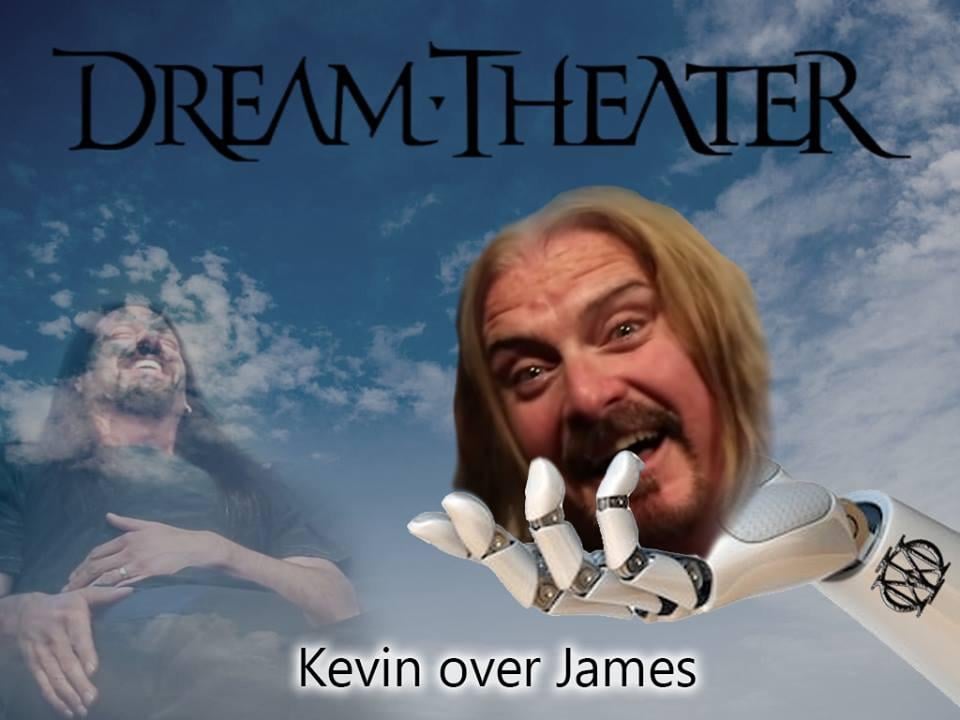 I can safely say that that 'At Wit's End' is my favorite track on this album. If 'Pale Blue Dot' was longer then that might be different.

Do you mean: by adding more sequences unrelated to the others?

Black Bart said:
Do you mean: by adding more sequences unrelated to the others?

The should have expanded upon the ideas already in place and added a few minutes.

So the new album's officially out! And it's on Spotify. I'm way too tired to listen to it now, but I'm gonna give it a spin tomorrow on my way to work. Out of the three preview songs, I liked two and a half (mosty the instrumental part of Angel), so I'm really looking forward to it.

I’m a big fan of the album so far. Some very heavy bits, but also plenty of Rush-esque moments in both music and melody. There are too many good songs to pick a favorite after just a few listens, but I can safely say that Room 137 and Viper King are by far the weakest.

'Room 137' is a pretty weak song. Some nice riffs but nothing worth noting. 'Out of Reach' is by far the worst though. As if 'Along for the Ride' and 'Far From Heaven' weren't bad enough we get this snoozefest of a song that goes absolutely nowhere.

Does anybody else absolutely love Jordan's solo on 'Pale Blue Dot' @ 2:51? One of my favorite bit's of the album for sure!

Given the album a spin, I think it's pretty good. At Wit's End is definitely my favourite, having a nice pallette of everything in there. S2N was also pretty good, great bass intro and a nice heavy song. I thought Labrie sounded like Spencer Sotelo from Periphery in some parts of it, but that's not nessecarily a bad thing. Room 137 wasn't too bad at all, I quite liked the intro of it. Barstool Warrior was also pretty good, had a really nice mix between heavy and melodic piano stuff like in Wits End. Pale Blue Dot was a good 'epic' and created a lot of images in my head. Viper King was sort of fun but definitely the worst.

I love the new album, some listens and I can say that At Wit's End is most probably the greatest, and I the rest of the songs except for Fall into the Light which got worse somehow and Out of Reach and Pale Blue Dot as I only got to them once so too early to say... Viper King is also very fun, overall this is almost fantastic.

I want to add that I heard Lines in the Sand in S2N and Learning to Live in Barstool Warrior, specifically the intros are similar.

I like the album a lot, I’m absolutely loving ‘At Wits End’, ‘S2n’, and ‘Pale Blue Dot’. ‘Barstool Warrior’ is pretty good too.

Curious to hear some more opinions on the album...

I've only given it one listen but the standouts were definitely At Wit's End and Barstool Warrior. That fade out makes me fucking furious, though.

Barstool Warrior and At Wits End also are the standouts for me, both have beautiful crescendos and solos.

MrKnickerbocker said:
I've only given it one listen but the standouts were definitely At Wit's End and Barstool Warrior. That fade out makes me fucking furious, though.
Click to expand...

This + Pale Blue Dot. First impression is solid but nothing particularly special.

I haven't listened to a lot of DT but the new album was boring as shit.

Blacker than the night