Although keeping the ridiculous sped up pace and heaviness (even increasing it in certain aspects thanks to the recruiting of one Gene Hoglan) City differs a bit from the band's debut both in form but mainly in content. While HAARHT was a "big kick in the balls" violent yet somehow funny sketch, City is way more serious. Keeping the over the top attitude (a reflection of Devin's bipolar personality) this album is a complex and explicit essay on nihilism and madness and... a deep plunge into paranoia. Velvet Kevorkian opens the hostilities with a pompous and dense mental landscape and in a no time AATNF makes way like a supernova exploding 1 feet from your eardrums. Ultra heavy, layered and sped up this track shows Devin bringing his A game as a composer fully into SYL thus increasing the quality considerably. There are some less bombastic cuts like the MTV aired "Detox" but nonetheless the decrease in pace, the intensity remains in the red. AAA is a slow heavy crusher and perhaps the weakest link here. Cop Shoot Cop's cover is superb and eerie (perhaps Dev's best vocal cut on a record this man's voice sounds out of this galaxy in every of the many different inflections he brings to the table). Make no mistake... this is the work of a genius on the rising, angry and vulnerable and firing at all cylinders. I think back in 97 young mr. Townsend was unaware of the metal masterpiece he was creating. This was Dev's first state of the art release and he seized the momentum well... because that very same year a thing called Biomech - Ocean Machine would hit the shelves. But that's a different story. 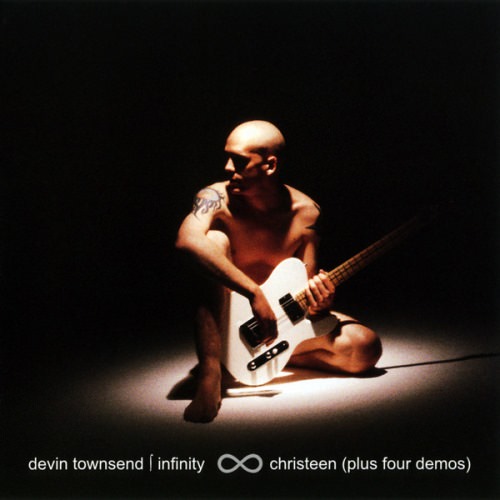 Christeen appears on Infinity, while other songs are leftover material from the Infinity sessions.
Sinner is a cover of the Judas Priest song which was released in 1996 on "A Tribute To Judas Priest: Legends Of Metal, Volume 1".

Overall: At this moment it's a useless release. Christeen is on Infinity, Om was re-recorded and the remaining 3 songs are shit.
Best song(s) / vote(s): Christeen, Om (Demo)

Christeen appears on Infinity, while other songs are leftover material from the Infinity sessions.
Sinner is a cover of the Judas Priest song which was released in 1996 on "A Tribute To Judas Priest: Legends Of Metal, Volume 1".

Overall: At this moment it's a useless release. Christeen is on Infinity, Om was re-recorded and the remaining 3 songs are shit.
Best song(s) / vote(s): Christeen, Om (Demo)
Click to expand...

As everything done by Devin during the Infinity era, this EP is flawless. The reason he didn't included the other 3 songs on the album was due to format length limitations. Om in particular is a monument... It made several appearances live (was it by snippets or even in its entirity.... wich says a lot since I can't recall this happening with any other demo from DTB or any other band). The Plovdiv Orchestra version is so good it should be prohibited.

Before everything else, this was SYL's record where Devin intervened the less regarding song composition... and that's an immediate red flag. Secondly there's the Guitar tuning and way more stripped down and less layered song style. Let me put it simple: if you want to introduce SYL to a Death, Thrash metal fan pick this one. Although it features some resemblances with the paranoia peaks from the first two lp's (Like Dirt Pride, Rape Song and Relentless) this disc points more to other directions. Dire seems like an intro penned by Quorthon while other cuts really dwell between Morbid Angel's Trey/Sandoval grinding mid pace effect (Consequence, Force Fed), Emperor (Aftermath, Last Minute), and mostly the rest of the fellas's other band: the infamous Zimmer's Hole. All this coated with sparkles of Fear Factory. A special note for the last song, a somehow Devin interpretation of Candlemass soundscape, featuring a jaw dropping vocal performance. That being said this is the ideal SYL album for people who are not into SYL. Not my case. Perhaps that's the reason why I may be unfairly underrating this record. 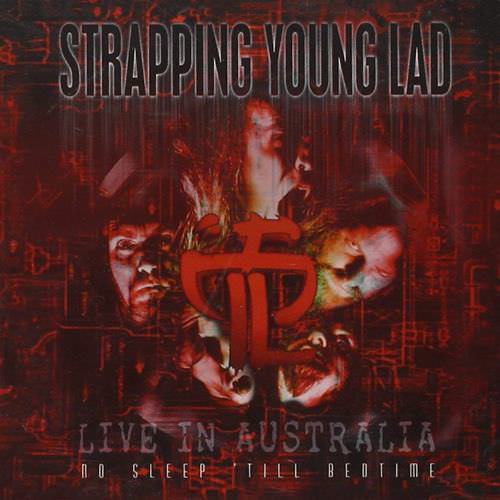 I only listened to first 7 actually live songs. They played more songs on this concert, but the tape ran out before the end. The other songs appeared as bonuses on previous releases. Far Beyond Metal only got a studio release on "The New Black" album.

Overall: Cool performance, but not something I'd listen to again, considering I don't like any of these songs.

Staff member
Christeen is such a great song, I'll say more when we get to Infinity but it's one of my favorite Devin tracks. One of his catchiest too.

Om is a cool melodic track with lots of nice riffage. I feel like a lot of the writing style on this track is more indicative of the stuff he'd do later in his career compared to what we've heard so far.

Sit In the Mountain is similarly melodic but a bit more on the mellow side. Seems a bit undercooked, but it is a demo after all.

Processional is a hodgepodge of ideas. Maybe he had an idea there that never got fleshed out, but as it is it's a total mess that I have no real reason to ever listen to.
There's a bit at the end that ended up on Deconstruction too. Devin recycling ideas (or even songs) years later is a hallmark of his career.

The Infinity EP is the beginning of a common trend for Devin where a lot of times the bonus material is better than what ended up on the album. Om and Sit In the Mountain are great songs that are worthy of being included on an album. I think @Diesel 11 would enjoy Devin's knack for crafting albums with great flow. His philosophy has long been that a potentially weaker song can be included on an album in place of a stronger song if it fits the album better. And the fans win either way because eventually those leftover songs get compiled in some form or another. So the album is a rewarding experience and we don't miss out on any great songs.

Mosh said:
I think @Diesel 11 would enjoy Devin's knack for crafting albums with great flow. His philosophy has long been that a potentially weaker song can be included on an album in place of a stronger song if it fits the album better. And the fans win either way because eventually those leftover songs get compiled in some form or another. So the album is a rewarding experience and we don't miss out on any great songs.
Click to expand...

I'll have to get around to listening to some of his work then. I'm gonna go for broke in 2019 so it ought to fit right in there.

A lot of guests, including Steve Vai and most importantly Aneke. 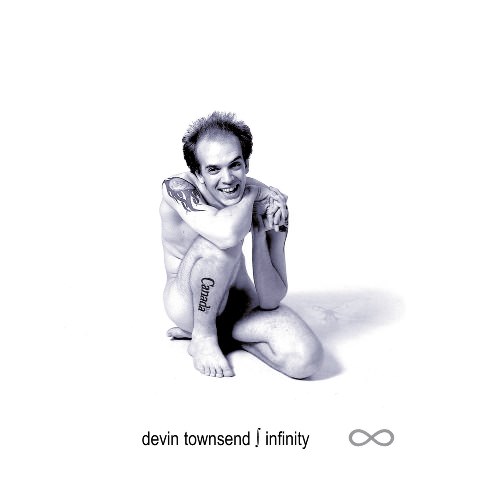 Devin ended up in a mental health hospital before making this album, where he was diagnosed with bipolar disorder. The diagnosis helped him understand where the two sides of his music were coming from; he felt his disorder "gave birth to the two extremes that are Strapping's City record and Ocean Machine's Biomech". After being discharged from the hospital, Townsend found that "everything just clicked" and he was able to write his third solo album, Infinity, which he described as "the parent project" of City and Biomech. He played most of the instruments on this album apart from the drums which were played by Gene Hoglan. Devin has claimed Infinity was partly inspired by experimentation with LSD and other psychedelic drugs.


Overall: Forgettable album and a huge downgrade from Ocean Machine. Apart from Christeen and Bad Devil, and maybe Wild Colonial Boy and Life Is All Dynamics, nothing here is truly good. No epic songs like the closing 3 from Ocean Machine, and overall this album is much happier and weirder, which doesn't really suit my preferences.
Best song(s) / vote(s): Christeen, Bad Devil

That said, War barely makes it. It makes it mainly because of the Retinal Circus version.

Staff member
Oh yeah, I ignored Truth because it's an intro. I voted for Truth, Christeen, Bad Devil, Wild Colonial Boy and Life Is All Dynamics.

Staff member
Sorry if you addressed this already but what will happen with songs that Dev redid later on? Most of the new versions are better than the originals imo

Staff member
Truth was re-recorded, right? I'll just add the year of the re-recording and treat it as a different song, if you agree with it.

Staff member
Yea that works for me! Truth is on Transcendance.

Staff member
I went with the same songs as @Night Prowler

I like the album more though. It's no Ocean Machine, certainly more song-oriented and the production isn't nearly as good. But the songwriting is really interesting. The Broadway/showtune influence that pops up in a few songs is fun and there are a lot of twists in turns in the songs. He's trying a lot of different stuff here. Sometimes it works, sometimes not so much, but you can hear that he's going somewhere with it. I think the biggest problem with the album is that some songs overstay their welcome. There are a lot of great ideas on War, for example, but the song meanders a lot. Bad Devil also takes a really long time to get to the good stuff, but it's worth the wait. He's also experimenting more with dynamics and buildups. Again, sometimes to varying degrees of success. Overall it's a fun listen and the good outweighs the bad. I don't find it forgettable.

The worst thing is really the production. A lot of great ideas are hidden in muddy/distorted sounding tracks. Truth sounds really awful and I'm glad he redid it recently. I think a lot of songs on here would benefit from that. I'm definitely grateful for live versions of many of the best tracks.

Will Devy put out a new track before @Night Prowler updates this?

Be Quick Or Be Dead.