Days Of Future Past

Gk1 said:
I guess I am the only one who loves it then!
Click to expand...

Not really. It was voted as the best song on Disc 1 by Reddit users.

Sea_Of_Madness said:
Not really. It was voted as the best song on Disc 1 by Reddit users.
Click to expand...

Aha, it seems I got some catching up to do!
A

It's a constant replay with some other songs. 9/10 because I would like it to be longer actually! LOL It would have been nice with a longer solo section or instrumental in the middle. Otherwise, one of the best songs on the album. They should have written more like this one. Indeed, it is something that could fit on any of Bruce's solo albums. DoFP, Time Machine and Darkest Hour are perfectly put in order on the album.

Dr. Eddies Wingman said:
Good first impression, I really like the chorus, but perhaps the mid part could've been developed a bit more. What is there I think is really good, but it feels like there could've been more before jumping back to the chorus.
Click to expand...

This. I appreciate them giving us something straightforward, but an additional minute or even 30 seconds could improve the song. I wish there was some kind of melodic interlude instead of that weird anticlimactic fade out prior to the final chorus.

Days of Future Past - 6.5/10 - I want to like this more than I do but it's just kind of alright. Reminds me of something off of Accident of Birth. I actually feel like this could have used a section in the middle somewhere, it kind of just shifts to the chorus and then ends. Chorus is great though. Decent song but I expected a bit more from this one.

Does Nicko mess up very early in the song? He hits the hi-hat too late around the 9 second mark. Or am I crazy?

Well I get that the solo is a bit short and the breakdown sounds a bit weird at first. However this is what I felt when listening to Ghost of Cain for the first 10 times or so. Having listened to DOFP around 100 times I can't think of it as being different by the slightest margin. I mean apart from it being a real joy to play and to listen to, Nicko is taking this to another level like he hasn't done for a song since Lord of Light.

Poto said:
Does Nicko mess up very early in the song? He hits the hi-hat too late around the 9 second mark. Or am I crazy?
Click to expand...

Nope, he is changing the beat at that point as he does in other parts of the song. Top notch drumming there by ol' Nicky!
Last edited: Sep 12, 2021
M

Mega said:
Cool intro with a unique guitar sound/technique, I'm not sure what it is.
Then a speed metal song à la Judas Priest's Painkiller album. Very cool for Maiden.
The chorus is the least good part. It's literally the first half of the chorus from Starblind. At least the melody is cool.
The first solo definitely feels 90's Priest-y. […]
Click to expand...

Gk1 said:
Well I get that the solo is a bit short and the breakdown sounds a bit weird at first. However this is what I felt when listening to Ghost of Cain for the first 10 times or so. Having listened to DOFP around 100 times I can't think of it as being different by the slightest margin. I mean apart from it being a real joy to play and to listen to, Nicko is taking this to another level like he hasn't done for a song since Lord of Light.
Click to expand...

I like how the riff under the second verse changes, becomes more harmonized
Reminds me a bit of The Tower, similar idea

This is Maiden's shortest song since the DOD album.

I have no idea what is going on in that intro, still, I love it. Isn't that part of the deal that attracts us? You don't always have to understand what is going on, you just want to be amazed and let the magician keep doing tricks (no Raising Hell jokes, please.) Why does it keep ringing like that- I have no idea, but I'm giving it a two thumb up.

During MF listening party, I've said there is nothing special about this song but it is like a nice "breather" between these longer ones. I like longer songs on "Senjutsu" but if they threaded the whole album with them, it would be a bit tiresome experiences. So, that is what "Days of Future Past" role is. "Short and fun rocker". Still, I underestimated it a little bit.

Radio singles and music videos are a thing of past and to be honest, I really don't know how kids and teens these days get hooked on the music. Still, I believe there are bigger chances to hook on something if that something is shorter (here you can insert jokes about attention span). Give 'em something short, rocking with melodic chorus and let the history do the rest (at least that's how it went with me and Brave New World). Here, today, Iron Maiden are still capable of that. It's no "The Trooper", "Run to the Hill" or "2 Minutes to Midnight" but if somebody is still waiting for those - he's been listening the wrong band for several decades now.

Iron Maiden can't compete with our memories of them, but it can still bring in flocks of new fans in. Don't trust me, here's from the mouth of the man himself: https://www.alwaysoutlaw.com/blog/first-time-i-met-steve-harris
I you catch a minute or two, read this interview, especially the end. Musically speaking, Steve is far from perfect, but that man has done something right to achieve results that he has today and some of that formula is hidden in that interview.

There were a lot of comments that "Days of Future Past" sounds like something that came of from "Chemical Wedding" or "Accident of Birth". True, it's a Smith/Dickinson rocker, but Mr. chaosapaint made a great remark in the other thread - in the end, every song on the album is a Harris song since there would be no "Iron Maiden" adjacent to its name if it weren't for Steve's approval.

P.S. I got to admit I'm still puzzled about that part after solo, when it slows down a bit. Am I only one who expects some build-up or something new erupting after it?

Maybe they pulled a Gangland and forgot a solo

frus said:
Maybe they pulled a Gangland and forgot a solo
Click to expand... 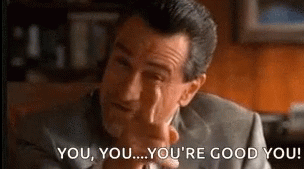 They're never gonna find me!

Mega said:
Cool intro with a unique guitar sound/technique, I'm not sure what it is.
Click to expand...

Of the shorter songs on this album (the shortest in fact), this one is probably the best in my opinion. Bruce sounds energized here and delivers a great and memorable chorus that immediately sticks with you. The uptempo beat is a nice change of pace from the more downtrodden nature of the last song. Will be a hit with concert-goers for sure.

Not in love with this one. It's a nice rocker, but it feels very simplistic and underdeveloped. It doesn't go anywhere.
5/10

I love the tonality of the main riff, especially how it meshes with the theme of the album, but it just doesn't really go anywhere. I'd rank this somewhere near The Fallen Angel territory, except that song has more memorable riffs and vocal parts.

I have nothing bad to say about it, but nothing great to say either. If I had to pick a second least favorite track from the album I'd probably pick this one over the title track, solely based on the latter's unique aspects.
You must log in or register to reply here.
Share:
Facebook Twitter Reddit Pinterest Tumblr WhatsApp Email Share Link
Top