Welcome to the Grateful Thread!

I know there's not many of us but here's a thread for everyone who wishes to discuss the American rock band The Grateful Dead, a band active and nearly constantly touring from the mid 60s until the mid 90s! Discuss their studio albums, side projects, live shows, current Dead & Company stuff, etc!​ 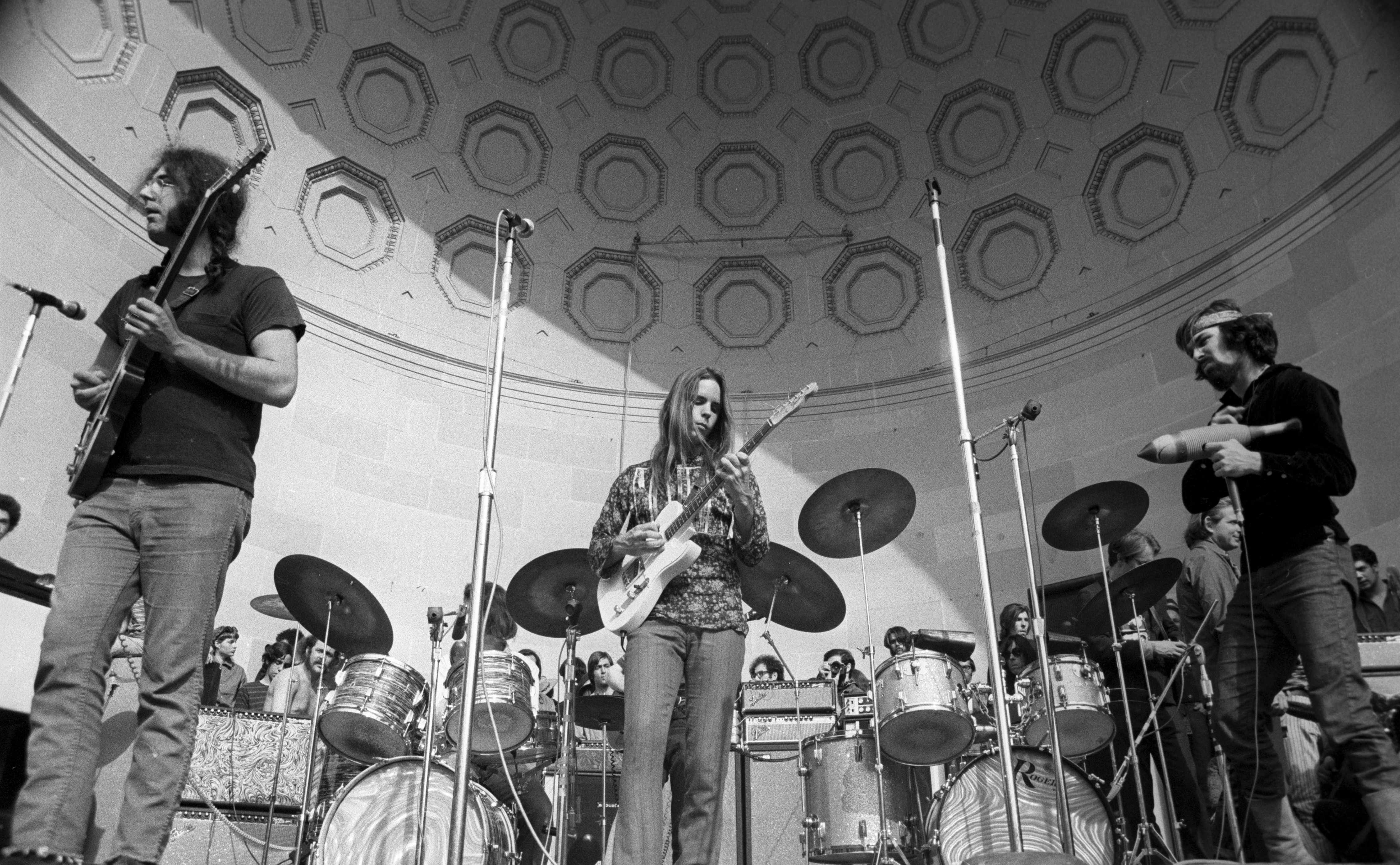 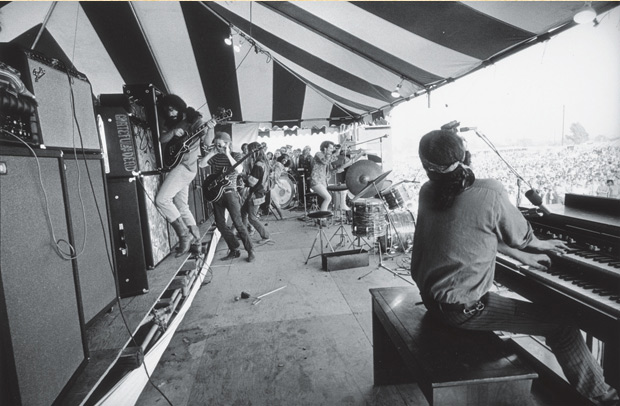 Okay, so I'll copy here the stuff from the NP thread - I hope I haven't missed anything... 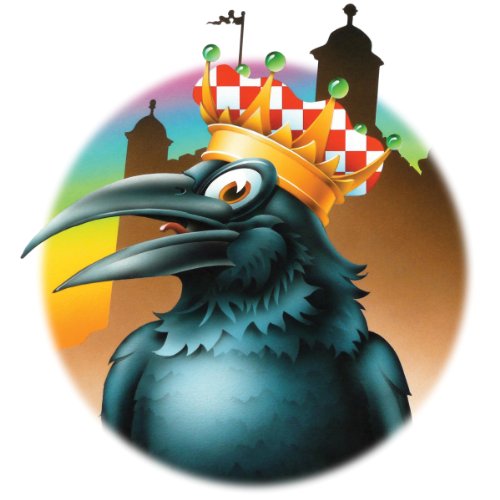 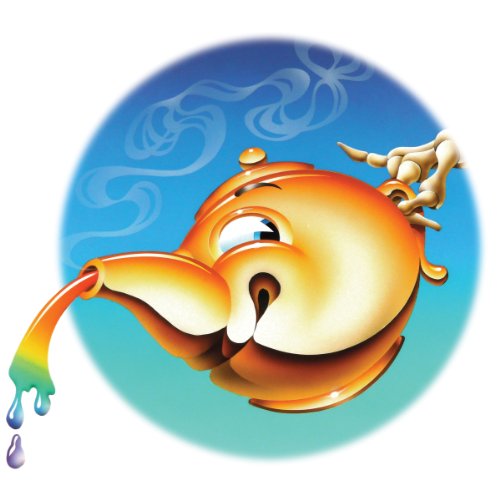 I really enjoyed the first volume, it had a good flow and I remember being quite happy about China Cat and the whole Black-Throated Wind -> Truckin' streak, especially.

The second one was a bit disappointing at first, because they had a rather weak night vocal-wise, but they won me over on the third disc - Dark Star here is a bit disjointed at times, but as a whole it made a powerful impression and Magnolia -> Caution -> One More Saturday Night sealed the deal.

The third one had a cool "grungy" guitar tone on Greatest Story and Mr. Charlie -> Black-Throated Wind -> Tennessee Jed were the highlight so far, very tastily done.

Although I would definitely need to give it more time and more listens for proper comments and reviews. I'm already not that sure about my feelings regarding the first volume - well, it was already 6:30 hours ago and I'm talking about the pure netto listening time 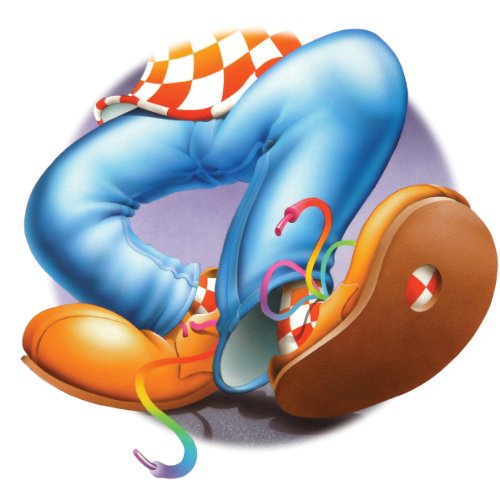 
SixesAlltheway said:
There's excellent pro shot footage from this show at the Tivoli concert hall located inside Tivoli (a Danish amusement park in the central Copenhagen), they play a long with this somewhat by playing Big Railroad Blues while wearing clown masks towards the end of the set

So, the sixth volume... I liked the heartfelt rendition of Bobby McGee, Chinatown Shuffle seemed less lively but more coherent than the last time (though the piano solo was still meh), this version of Casey Jones was so lethargic it was actually funny (and it sounded like reggae at places!) and I was glad to hear both He's Gone and Johnny B. Goode this time around. The 31-minute Dark Star overstayed its welcome a bit, I admit and the 24-minut Caution possibly too, but that might be because they were on the same CD near the end of the set. 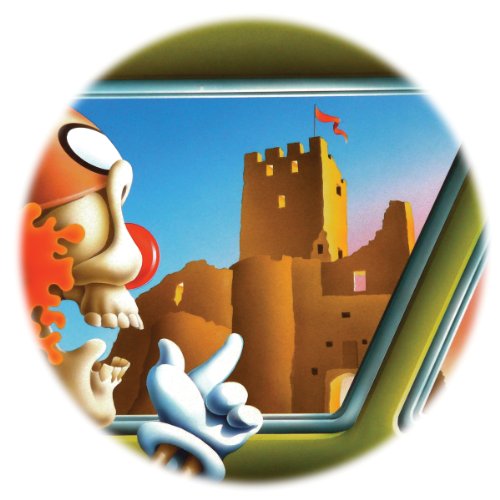 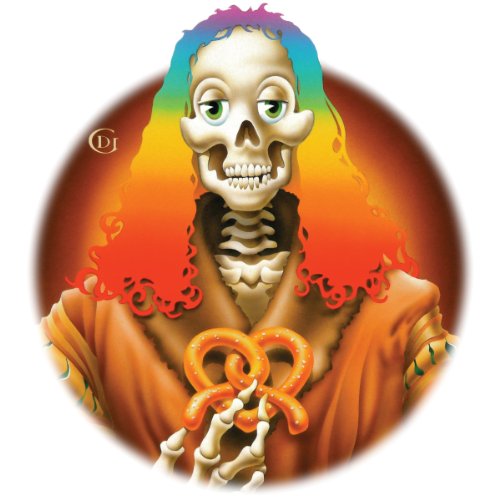 Me and Bobby McGee

Okay, so the Rheinhalle performance was absolutely stellar. It was possibly my favourite Europe/72 volume so far. Yeah, it starts with a bang - Truckin' and Tennesse Jed right at the very beginning... but then it is "just" good, with some highlights (Beat It on)... and then, on the second CD, it starts - first a heartfelt rendition of Me and Bobby McGee which I had to go back to two more times (there are better performances, but for some reason I felt really pulled to this one) and then the real party starts - the long Good Lovin', Casey Jones, the ridiculously long Dark Star with Me&Uncl hidden within (yeah, it falls apart from time to time, but so what? I enjoyed it all the same), the way Wharf Rat transfers into Magnolia, He's Gone –> Hurts Me Too, the fiery El Paso rendition... A must hear for a Dead fan, IMHO, if only for the atmosphere. @SixesAlltheway , any thoughts?

Also, do you realise I spent 23 hours and 10 mins listening to the Europe '72 tour already? 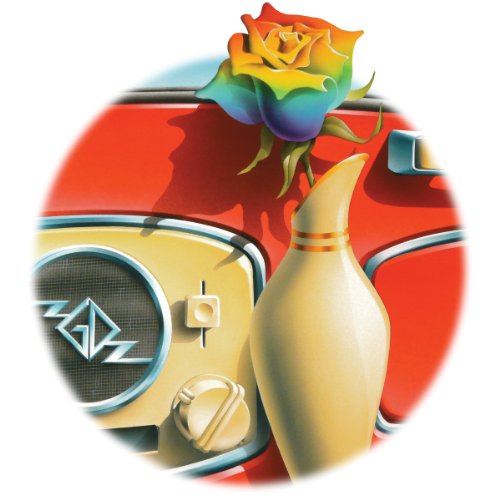 Most likely one of my favorite Jerry moments EVER. From the Cornell show in 77. Happy to say that I own the May 1977 get shown the light box on CD...

Anyways, listen to the touch Jerry has on this solo...and the tightness of the band overall!

Brown-eyed women and red grenadine,
The bottle was dusty but the liquor was clean.
Sound of the thunder with the rain pouring down,
And it looks like the old man's getting on.

If stories are true, the Grateful Dead dosed the TV/playboy crew with LSD at the performance

I would probably never get a tattoo but if I did it would he the Greatful Dead Steal Your Face logo superimposed on Eddies forhead looking downward.

Funny thing about the skeletons in their respective imagery.

Yes, I love the skeletons. Integrated from way back in the 50s/60s biker culture

Time to find a Dead show to listen to that matches the date....

Maybe this show? The Dead played this show in Virginia May 25, 1977 on the day/evening the first Star Wars had premiere in the movies. Hence the lightsabers on the cover!!

Anyway, I know it’s been a long time, but I always wanted to continue, it’s just the circumstances have been so crazy...

So, as far as I know, a large part of this concert has been already previously released on Hundred Years Hall - I've never heard that one (though I always liked the cover

), but it's only fitting, because it's a decent set. At just ten minutes short of four hours, it's the second longest in the Europe 72 set (after the Wigan show), yet it manages to capture your attention for the most time.

To be honest, I have actually played only the first CD for about three or four times before proceeding with the rest - the reasons were 1.) the aforementioned circumstances - I simply had very little time for listening in general and I weren't always in the Dead mood, so usually something came along and then I started anew because I wanted the experience be as complete as possible and 2.) the laid-back country feel of the first CD is actually quite addictive. Yesterday evening, as we were unpacking and organising stuff in our new flat, with beer and while reassembling the couch for about the fifth time (always decide the final look of the new flat before you move, always), it felt really great. And later on... well, Dire Wolf is always a pleasant surprise and although I was in no mood for any freak outs, I actually enjoyed The Other One just fine, though at nearly 40 minutes it can't help but feel a tad overlong.

Lovelight was groovy and enjoyable. Also, there was a bit of stage banter (a rarity for these recordings), as someone (Lesh?) asks the audience to not use flashbulbs between Mr. Charlie and He's Gone and somebody else tries to repeat it in German

Anyway, those German sets are really good to listen to, the band feels tight and energetic. Must be the Teutonic spirit

Though the CDs are definitely weirdly spaced. I listened to it on my computer, so I don't really mind, but the fourth CD is only about measly 30 minutes whereas all of the previous were about 70 minutes. Again, that's more of a problem with physical copies, especially if you were listening to it in your car. 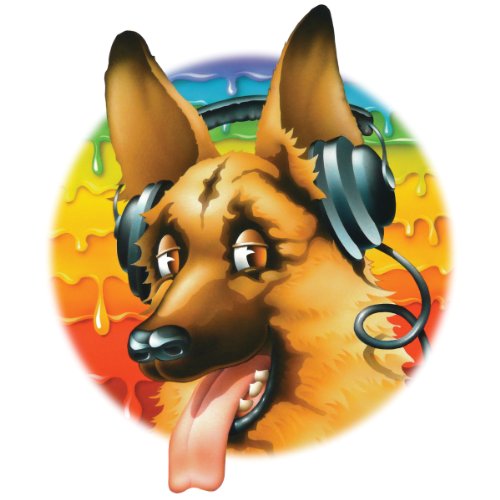 Well, this one was completely superfluous. It wasn't bad, but there's no reason to put this particular volume on when there's so much great stuff in the whole collection. It's short (well, "short", it's nearly three hours long alright) and I don't really remember any highlights. Well, except for the fact they close the set with Uncle John's Band, a rarity for the Europe tour (only played five times on the tour and mostly in the second half thereof). The Dark Star was solid, I guess. And Good Lovin's always great to hear (even my wife keeps humming it all day afterwards). But even the performances were okay, but average.

Also, I start to really dislike Donna's rabid screams. Here on the very first track (Playing in the Band), just as the band returns from the instrumental section, you know she's going to "emote", and, well, she does. It's rather rare, so it's not something it'd turn me really off, but unnecessary all the same.

Also, the cover is weird. 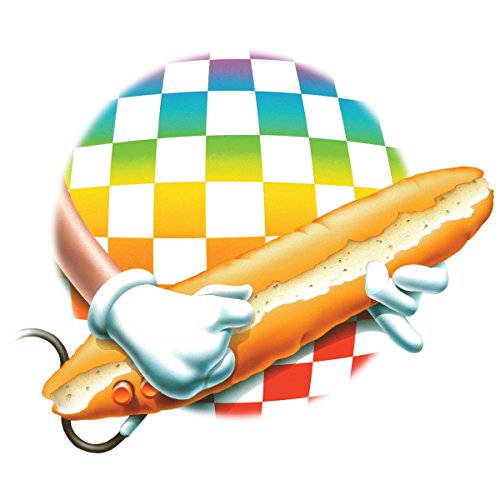 This one is definitely better. What probably stands out the most is the weeeeird jam on disc 3 where it starts with Truckin' and then keeps coming back to The Other One, but in between you get not only the drum solo, but also Me and Bobby McGee (which is always a win, it's just that it's completely unexpected here). Yep, it's overlong - from the beginning of Trucking to the end of Wharf Rat you spend about 63 minutes here with the stuff, but I really didn't mind. Still, my favourite is the second CD, which goes Tennessee Jed -> Good Lovin' -> Sing Me Back Home -> Casey Jones -> Greatest Story Ever Told -> Ramble on Rose -> Hurts Me Too. I spinned that one about twice or thrice before proceeding.

Oh, I completely forgot about this thread! There's like, at least 11 Europe '72 volumes to go! And, like a million Dick's Picks, Dave's Picks, Download Series, Spring 1990...

Also, I guess this can be the general jam thread as well, right? I need to express my love for the Allmen from time to time!

JudasMyGuide said:
Oh, I completely forgot about this thread!
Click to expand...

I almost also did as well. Nice reviews here @JudasMyGuide that I see that I've failed to respond to!

Been pondering a lenghty Dead listen. Again preferably a run of shows from a particular year. There's also the Pacific Northwest '73-'74 shows (six shows total) or May 1977 Get Shown the Light (4 shows)....Or maybe try again to get through Europe '72. But as always it does take quite a bit of preperation and Deadication to take up such a task