I've thought that it would be very good to compile all the Eddies that belong to this new album made by the different artists who work for Maiden like Mark Wilkinson, Akirant Illustration… 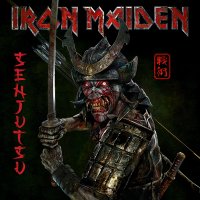 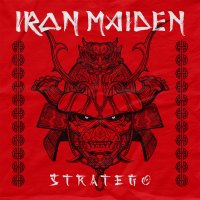 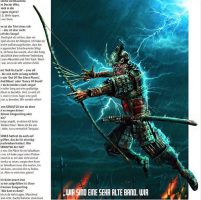 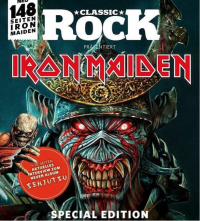 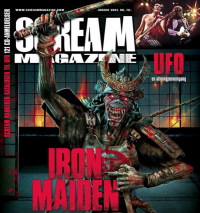 The Writing on the Wall video
by Blinking animation Studio

This is a fantastic artwork! Love it!

- the bow in action!

Kalata said:
This is a fantastic artwork! Love it!

Mark Wilkinson about the creation of the album cover:

''Maiden's management send me the the title first, and then a 'mood board'' from Steve. He emailed a few pages of reference pictures collaged together. There were samurai warriors and creatures from Japanese oni mythology - ogres with one or more horns growing out of their heads, plus an extra set of fangs. There were kabuki masks and tattoos, Japanese water dragon... all sorts. It was up to me to interpret it.

I knew I would have difficulty just plonking Eddie into a samurai costume. The higher castle warriors usually had many layers of highly ornate, dense fabric both to protect and pad them out on the battlefield - I couldn't see such a costume working for the skeletal figure of Eddie. Besides, he would look far too flamboyant. I also resisted putting the traditional samurai helmet on his head. It would cover too much detail of the early kabuki-style 'mask' of red warpaint I had sketched for him. Eddie's head was like a cyborg - part creature, part machine - especially with all the bashed-in metal and torn rustic leather of the rest of the costume.

Steve liked both illustrations and called me one day to suggest that we have a double front cover - we'd use both! Eddie is a mythical creature, so why not present him as the oni creature - an invisible spirit - but also as the sentient being of a samurai when in battle. It made perfect sense!''

Senjutsu back cover
by Mark Wilkinson 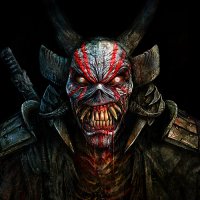 Artwork for Iron Maiden Senjutsu on the cover of a magazine from Sweden
by Akirant Illustration? 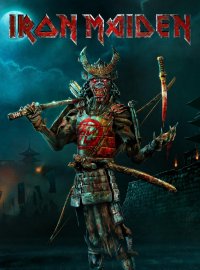 Senjutsu Eddie artwork from the album's gatefold
by Mark Wilkinson

Senjutsu Eddie artworks from the album's booklet
by Mark Wilkinson 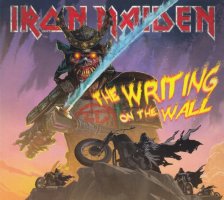 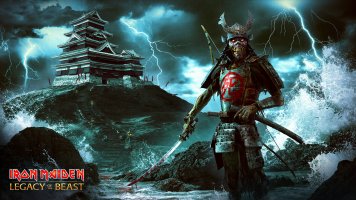 Thanks for your great contribution @Kalata

Whenever I see Eddie with a bow and arrows I cannot help but think about Merida!

I very much prefer the front cover!

Legacy of the Beast World Tour '22 Poster
by Akirant Illustration