The rest is uncertain.

Melony said:
... "Senjutsu", wether you like the album or not, so clearly sounds fresh and musically innovative.
Click to expand...

I don't like the album and I don't think it sounds fresh or "musically innovative". I can't agree with this. 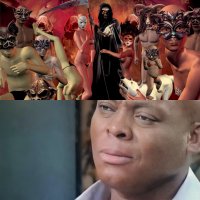 Ha ha I knew doing the list i'd missed something out but couldn't think what it was! It would go just above TBOS
Edited now lol
Last edited: Feb 21, 2022
A

My top five I consider near-flawless masterpieces, maybe one or two blemishes (e.g. Quest for Fire being corny as shit, Can I Play With Madness? and 2 Minutes to Midnight becoming overplayed) but in the grand scheme of things those are very, very minor nitpicks. I still enjoy those songs and it's not enough to drag the album's overall quality or my enjoyment down. Senjutsu could join these one day, or it might just miss out. Time will tell...

I would consider the next two albums near-flawless, but this time the weaker moments are more noticeable, such as songs like Invaders and Loneliness of the Long Distance Runner. However, the highs are very high. Career-best even, and Caught Somewhere in Time remains a top 3 song for me.

Numbers 9 through 12 I'd consider half great, half average, but DoD and TBoS are elevated by some incredibly strong songs, namely If Eternity Should Fail, Paschendale, Rainmaker, Empire of the Clouds and both title tracks.

It's only from here onwards that we start getting close to bad. TFF is a good album dragged down by lifeless production, FoTD and Killers contain some of Maiden's best and worst and the final two only really have good moments instead of good songs.
M

I'm not too good with numerical rankings, as this probably would have looked different if I were to create a new rankings list tomorrow. But here goes.

Some love for Killers, yes!

Welcome to the boards, Blaze!

Edit: Oh shit! Iron Lurker has three of my top five in his top five! Way to go correct person!