Loads of bullshit outlined in the above article.

Loads of bullshit outlined in the above article.
Click to expand...

Disclaimer: this does not mean I agree with everything Roger Waters says or his letter.

just the first article that came up when I googled it.

Not a big fan of the concept of "dog whistling", as it becomes very easy to accuse anything of being a "dog whistle", much like the example outlined in that article. The concept of a "malevolent [entity] in the shadows" is obviously a well known, anti-Semitic trope, but Waters is clearly talking about the forces of "extreme nationalism"* in that statement, which would point to him not intending to mean Jews.

*I don't agree with the point that "extreme nationalism" has provoked the invasion, in case anyone thinks that, but Waters clearly does.

Roger Waters is a moron.

Staff member
So when will his last farewell tour take place??

Brigantium said:
So when will his last farewell tour take place??
Click to expand...

Probably only after Bruce finishes his talking bollocks tour.

Staff member
Bruce isn't going to do that unless someone shuts him up. And the chances of that are as great as Steve not touring with British Lion.


Side note by yours: Pink Floyd saw Syd Barrett for last time in 1975 during Shine on You Crazy Diamond (that it was written for him). He was holding a plastic bag. He was bald and fat. They immediately broke up with tears. 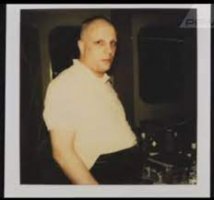