Kick ass opener, Ghost is likely the most brilliant Janick Gers track IMO, Title track is awesome. Blood Brothers is an ok song musically. Dream of Mirrors was much better live and was a highlight of my first tour seeing Iron Maiden.

Who is number 1? (with the voice of Patrick McGoohan)

I'm not convinced that the OP is sure that this thread is unusual. I'm not sure. Anyone else sure?

CriedWhenBrucieLeft said:
I'm not convinced that the OP is sure that this thread is unusual. I'm not sure. Anyone else sure?
Click to expand...

It's a pointless thread, that's for sure.

Black Wizard said:
It's a pointless thread, that's for sure.
Click to expand...

If you count all the points he gave all the songs, there's a lot of points here.

Top 5 least favorite list threads, 3 most pointless lists from each.

Top 10 Times I Have Used The Beeswax While Surfing Through Aliens On A Collinder Monday Morning ; 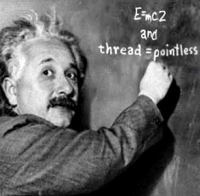 Diesel 11 said:
Top 10 Times I Have Used The Beeswax While Surfing Through Aliens On A Collinder Monday Morning ;
Click to expand...

MindRuler said:
If you count all the points he gave all the songs, there's a lot of points here.
Click to expand...

that was my intention on making it different from other threads.... actually making points to the songs which were favored and disliked....

CSIT is the best opener I think they've ever had and it was the first song I heard from them. It would be an amazing way to open any tour as it did in 1986. The guitar harmonies on this represent the peak of Maiden!

WY is the classic rocker that never gets old. Adrian nailed this track perfectly.

SOM is one of the heaviest tracks they've composed which is a surprise to find Adrian behind the writing. Steve's bass lines in the mid section are beautiful. Fine work from Mr. Harris.

HCW is the fun song on the album. Nothing brilliant to note from a musical standpoint but is fun to listen too and hear live (when they do it right)

TLOTLDR has a very spiritual feeling for the intro, a true gem. The harmonies on this song are simply brilliant. Guitar work is solid throughout.

SIASL is Adrian's final track on the album and though slower than his other two, a solid track with a brilliant, melodic solo that I felt was better live than on the album due to his random licks that he'd throw in on live performances.

DV is Dave's addition. I have loved all things Dave and this track is my favorite Murray track. Aggressive, heavy, and damn that mid section carries the same power that it did in SOM. The drums, bass and guitars coming together in perfect harmony is just a brilliant highlight of the album.

ATG is the greatest never played track from Maiden. It seems it'd be hard to pull off live now but what a song. The intro followed by the explosive guitars became a signature of Harris' writing after this album. Magnificent guitar solos....

Adrian's finest work is on this album IMO. He faltered zero times on this. Sea of Madness is my favorite track from him. The mid section is beautiful and some of Harris' best bass lines exist on this album too.

The solos, harmonies and mid sections of the songs on this album beat everything IMO.