Thanks for explaining Black Wizard. I understand you better now.

But I think these people at the Paralympics are not struggling. On the contrary. And many disabled people like to be seen as any other humans. They don't want more pity than needed. They'd probably say they do not struggle (unless there's some difficult access to a location, or when the government makes cuts on their healthcare or something).

I'm a little suprised that people haven't been discussing the paralympics more on here, but maybe that's because it has received such huge press coverage here in the UK.

Something of very small interest regarding the Paralympics is that it was founded in Stoke Mandeville (a village 10 minutes walk from me) by a chap called Ludwig Guttman, who used to live in the house I now live in. 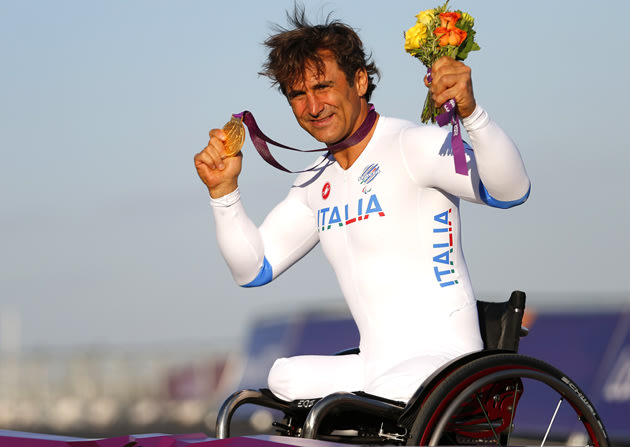 Impressive ... I have been a fan of these two (beyond any obvious reasons), it is nice to see people who excel at what they do and have a winning attitude.

Kerri Walsh Jennings and Misty May-Treanor are the most dominant beach volleyball pairing in Olympic history, but it turns out they were more than just a pair at the London Olympics. The three-time gold medalists were a threesome. On Monday morning, Walsh Jennings revealed that she was carrying a baby during the memorable run.
“When I was throwing my body around fearlessly, and going for gold for our country, I was pregnant, and today I’m 11 weeks pregnant,” Walsh Jennings said on “The TODAY Show.”
Kerri and her husband, Casey Jennings, are expecting the newest addition to their family on April 9. They also have a 3-year-old and a 2-year-old son. Walsh Jennings said her and Casey began trying for their third child before the Olympics, but she didn’t realize they had succeeded until she felt strange during the Games.
“I’m a pretty happy girl and I was unreasonably moody,” she explained. “I thought it could have been the stress of the games and travel kind of throws your schedule off, but I knew. At some point, you’re late and then you start feeling something. And I definitely started feeling something in London
Click to expand...

national acrobat said:
I'm a little suprised that people haven't been discussing the paralympics more on here, but maybe that's because it has received such huge press coverage here in the UK.
Click to expand...

I went to the Paralympics in the stadium. Saw plenty of finals with lots of medal ceremonies ending with the Russian anthem. Did get to see David Weir win one of his three golds in the 1500 and I have to say the atmosphere was unlike I have ever witnessed at any sporting event. Ever.