Staff member
There really is no need to further ridicule Black Metal pics if you've got gems like this one:

For those who can't spot the obvious, note that his fly is open.

During a Swiss Super League match between Aarau and Lucerne back in 2008, Aarau supporters display a banner showing a brown, not yellow, Homer Simpson (representing Aarau) kicking a lion (representing Lucerne) on the groin, hoping that their team will beat Lucerne at home.

pretty sure I can top that, with this rework of the Olympic Games logo... 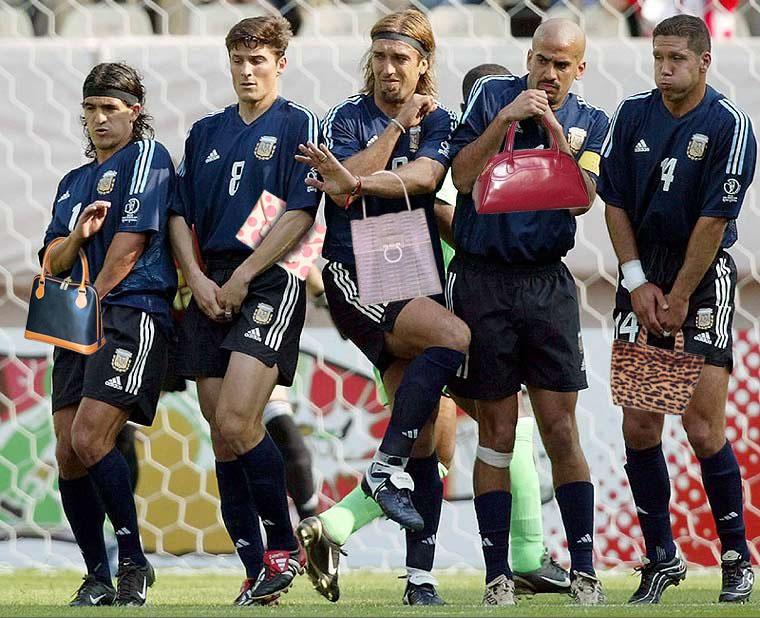 don't usually do the gnatzi thing, but in this case it was just too damn funny...

A comic about Team Dark (Shadow the Hedgehog, E-123 Omega the Robot and Rouge the Bat)
1st panel: Shadow sings This Machine by Julien-K, Team Dark's theme song in the Sonic Heroes videogame
2nd panel: The three stopped when they found a pole in front of them
3rd panel: "Shadow, use your 'Black Tornado' to go up!", summoned Omega, ordering him to use the Black Tornado so that all three can reach distant places after spinning to the top of the pole
4th panel: "Sh-Shadow...", again the robot summoned, but Shadow refuses. He then kneels to the ground then barked, drooled and wagged his tail like a dog while watching Rouge performing a pole dance

I had no idea what was going on in that cartoon strip, but the detailed explanation given helped me to understand it.

Staff member
What did your brother think about it, Aeolis?

Here's a parody of the Fear of the Dark album cover:

To LooseCannon - my brother didn't say anything about that Team Dark comic strip.

I saw it a cuple of years ago, along with powerslave and run to the hills versions.
I almost threw up.

Staff member
Ugh, those Spongebob Iron Maiden covers are so 2005.

Here is twenty of them...